Anyone following the Pfizer doc releases? Documents with a large file size are provided in a .zip file and will need to be uncompressed after download. 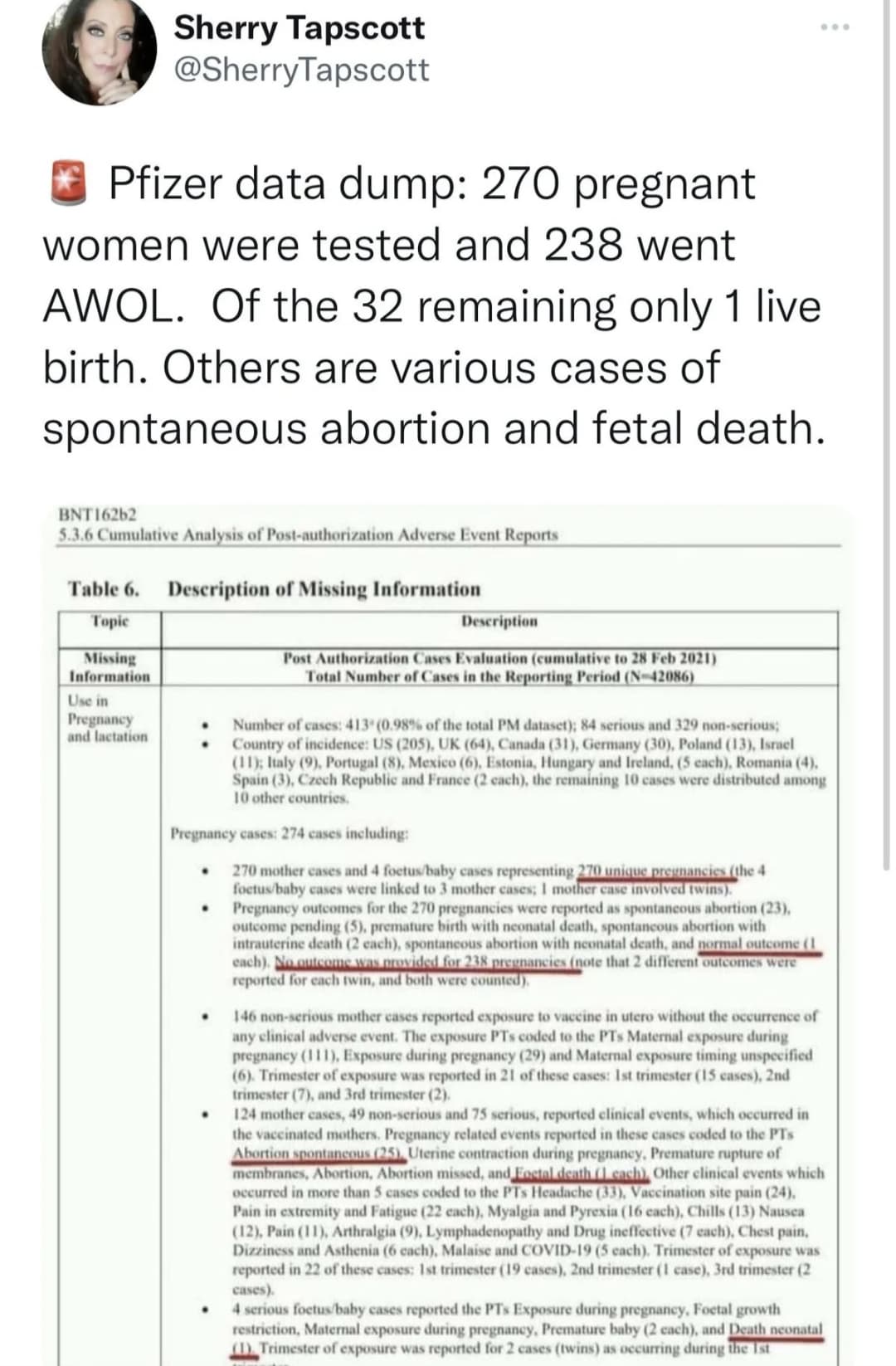 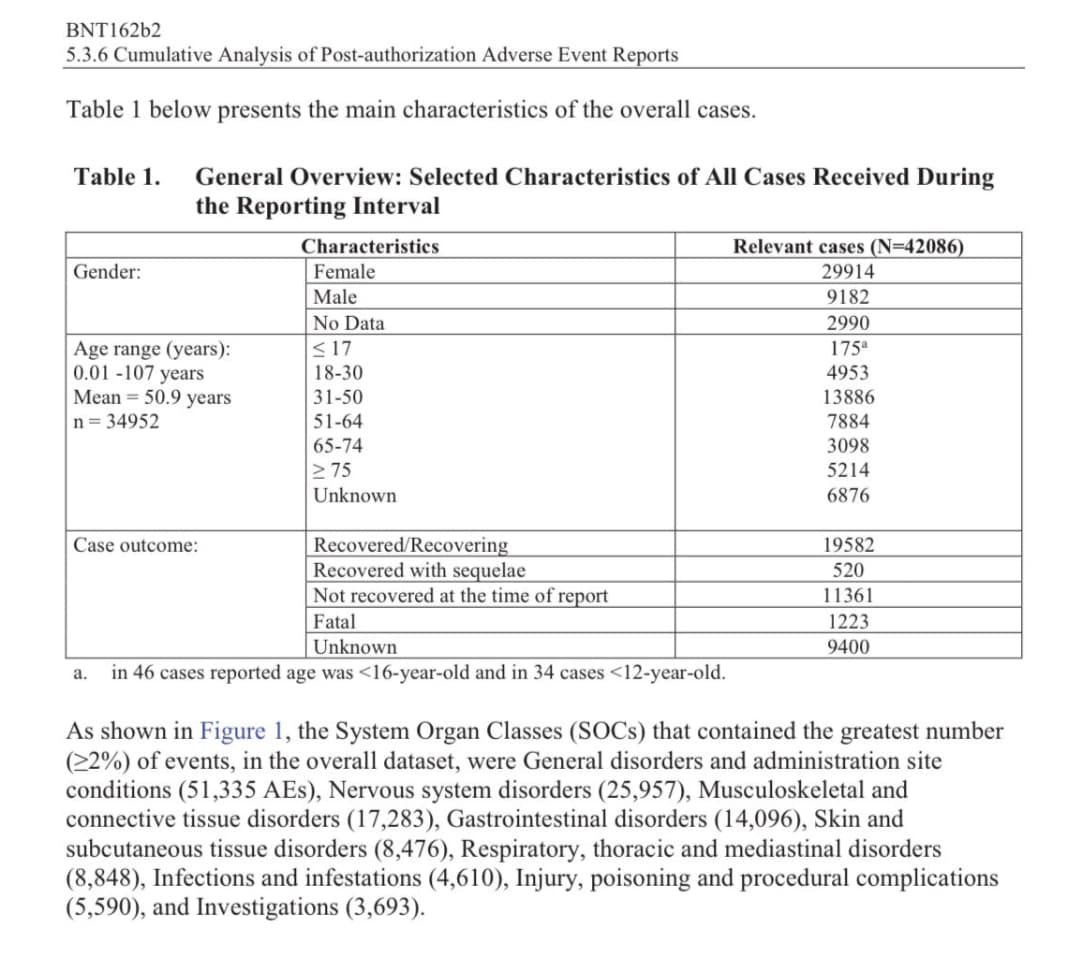 I read today Johnson & Johnson’s has been pulled due to blood clotting. Everyone who questioned the vaccine on any platform that mattered were banned. Funny that.

I got the JJ, I knew about the clot risk last year but took it anyway. It was fine, I wasnt going to take MRNA. I was waiting on Novavax but that is still not approved in the Us even though it is everywhere else.

I was waiting for novavax as well and it is now approved in Canada but it’s too late. There is enough data to show no need for the vaccine.

I don’t know why anyone is surprised. The entire reaction was backwards to this thing (and I am not convinced it was natural or a virus… but I’m a skeptical ass who at the beginning of the lock-downs thought they were lying about how deadly it was or were lying about how deadly it wasn’t. From the very start Children were known to have, at the worst, mild symptoms and they were the harshest to be punished, with school closures, Zoom classrooms, every extracurricular activity shut down or restricted… I was running Den meetings in New England November as long as I could until they locked down the park by propane mantles. When I started this spring it was outside on picnic tables chasing the dark with flashlights just to offer something to the kids. My ex-mother’s friend (to define the older generation) and her companion got the vaccines, and two boosters… both tested positive and are scared to death. I caught it phase one… and secretly consider them melodramatic… but ultimately hope they are all right… as Bill Gates said, Ohmacron is a better vaccine than the vaccine! And he would know (crap, did I just get FB banned?)

Then Flee starts spouting out statistics known (and published by the CDC) two years ago! Hidden and then twisted. Dying ‘with’ became dying ‘from’ (like my uncle who died of dehydration from chronic diarrhea, was told that at the time of his death by a nurse… guess what the death certificate says!)

I’m sorry but the impact this has had on my family has been profound. The shade this has cast on young people, the way they connect and interact, the insidious trans-gender and copy-cat psychological psychosis and the isolation that lead to on-line content promoting mental health disorder and exploitation among teens has lead to a cascade failure in my family, and several others in my humble social circle. The fact my greedy as fuck ex=mother-in-law ans ex-wife are exploiting this opportunity for all it’s worth is more personal, but suicide attempts, transgenderism, very early homosexuality, and mental health issues are absolutely rampant in my area of the country. It may be a coincidence, but every kid I know going through this has been vaccinated (and it wasn’t my choice with my kids).

I’m sorry… that was extreme. Nothing I said was factually wrong, but it was too much to share.

That 3% who died basically shows the vaccine makes little difference. I’m not taking any more boosters.

Got my one and only booster in Dec, unless work gets stupid about it, and they don’t seem inclined to, yet, no more boosters for me, don’t fell like taking a shot for the sake of it

That’s just it. 3% death rate is higher than COVID and obscene if you remove deaths from those aged 70+.

Apparently the vax is only 12% effective for 1 week, and by then is only 1%. I haven’t found the documents that contain this yet, but keep hearing about it.

I’m sorry… that was extreme. Nothing I said was factually wrong, but it was too much to share.

It’s torn my family apart as well. Not as.bad as yours but I barely talk to my mother of sisters as they are very pro vaccine. My one sister is a pharmacy tech and tells me “Youre not scientifically minded”, then lays down the ultra science of “I have the polio vaccine, and I don’t get polio”. For real? If anything, that only helps prove the statement that the COVID vaccine is not a vaccine.

Thank you. The worst part of all of this is the isolation. I truly believe I went through the alpha variant. I was dropped hard, only able to drink and craving orange juice (which I buy with vitamin D). Seven gallons in two weeks. It was bed, couch, OJ for four hours and back to bed for three weeks… while being a single parent of four kids… and that was the start of all the lock-downs, shortages, restrictions, school closures, mask mandates, travel restrictions, constant media barrage of constantly wrong information eclipsing correct information, and the social stigma for not bowing down to Fauchi’s persistent inconsistency, double-speak, blatant lies (directly countering the CDC’s information at the time), and… even now… his willingness to spread fear again. This from the asshole that demonized homosexuals by saying you could get AIDS from touching a cereal box in the late 80’s.

To the COVID vaccine… anyone who took it is more likely than those un-vaccinated, or previously infected of getting infected (best case… Omacron). Bill Gates is on record stating the Omacron virus is a better vaccine than the vaccine. (I am not even going into that abyssal web right now). The current vaccines focus on one protein, and block that receptor… an effort that apparently started five to six years ago… but I digress, the current versions have adapted to using different proteins along the walls of the virus to attack cells, much like the Flu virus adapts every year to attack humans differently. At least Flu vaccines are tested and deemed safe through adequate research before being administered. If you want to understand my base context for skepticism look into the Spanish flu of 1920 and it’s affects, the Polio epidemic and it’s resolution and pull up influenza deaths for the last twenty years and there precipitous decline in 2020 and 2021.

Yeah, I’d rather be fighting with my sister than my ex, who had all my kids vaccinated. 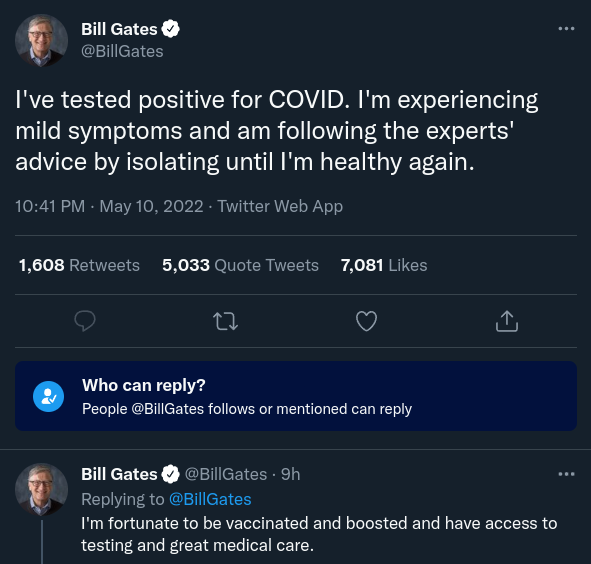 Our team of vaccine safety experts wants a debate but nobody pushing the...

We think we analyzed the data correctly. We've asked the mainstream narrative experts to correct us if they think we got it wrong. They all refuse to engage us in a scientific discussion to resolve.

Dr. Robert Malone…he was banned from twitter as well. 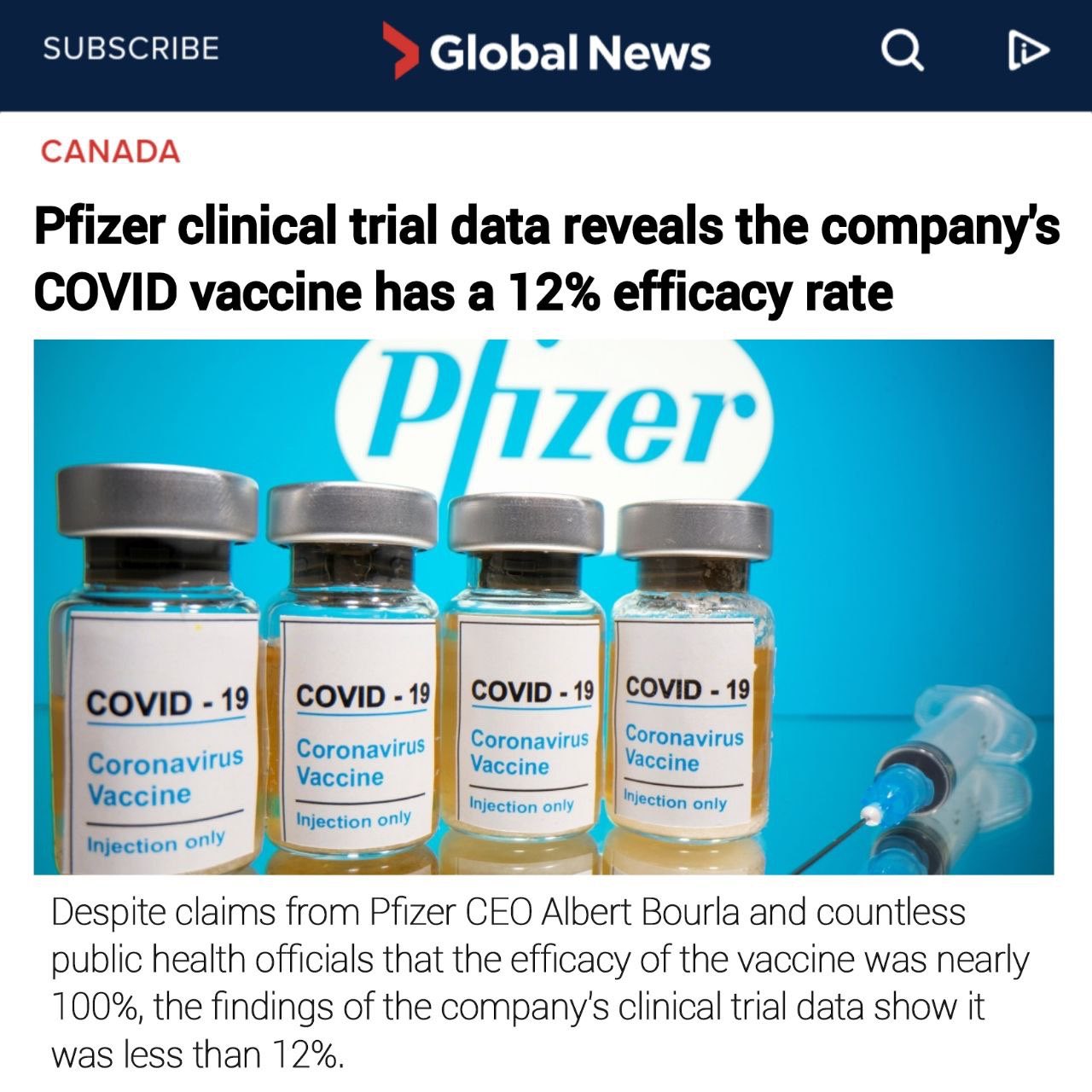