Which Dinosaurs Would Make the Best Pets? 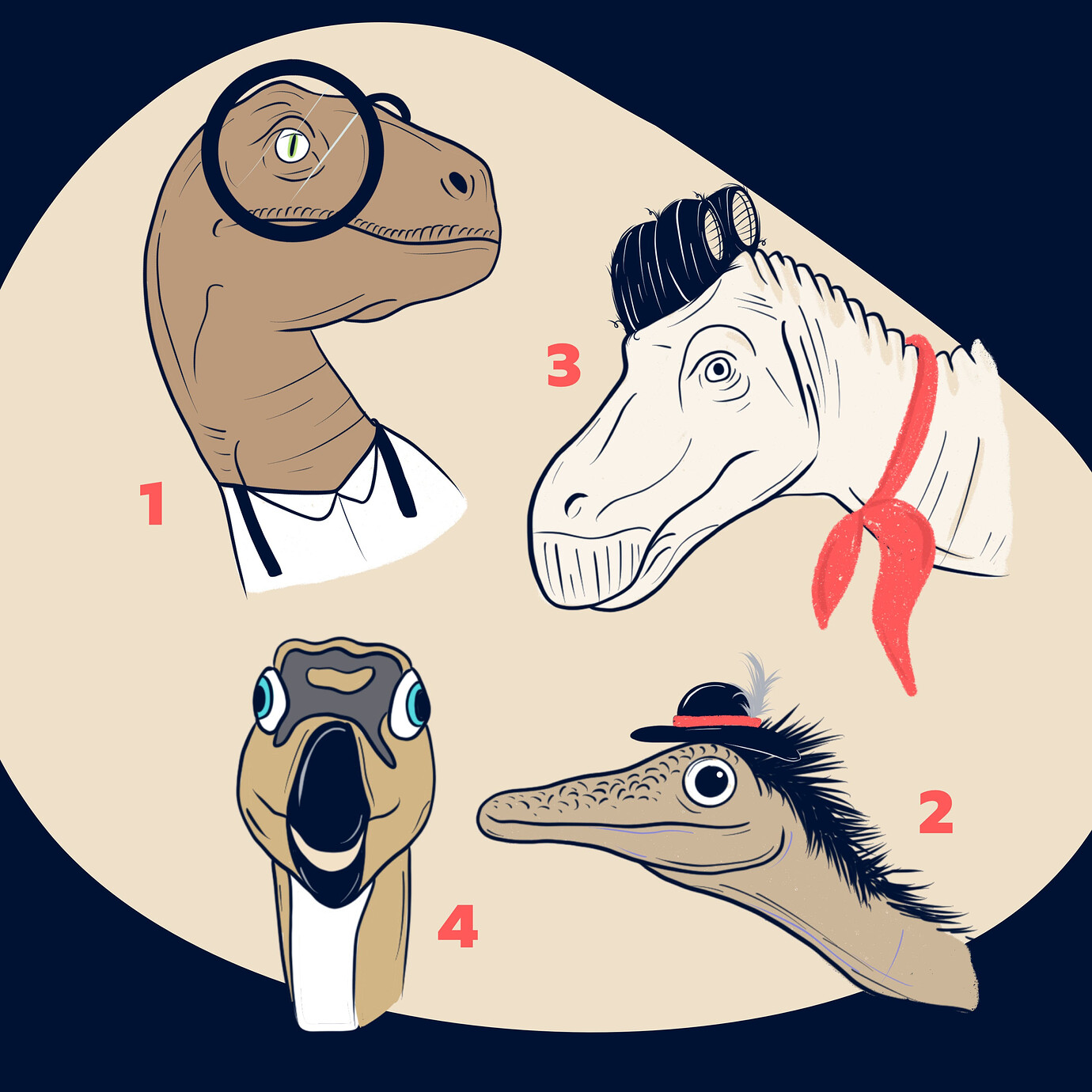 Which Dinosaurs Would Make the Best Pets?
By Brian VanHooker
Legendary paleontologist Jack Horner helps us figure out which dinos would be best at fetching your morning paper.
Cats and dogs are nice and all, but what would it be like to have a really, really cool pet? A dinosaur pet? Naturally, we went ahead and asked a very smart person this incredibly dumb question. It’s how we learn!

1. Velociraptor
“A velociraptor might be a cool pet,” says Jack Horner, world-renowned paleontologist and a man who knows a thing or two (okay, a lot, lot, lot more than that) about dinosaurs. He adds that unlike the ones you tend to see in movies, velociraptors generally stood less than three feet tall. They were, though, believed to be pretty smart, given their very large brain-to-body ratio. Additionally, velociraptors were pack animals, just as dogs used to be, which is part of the reason dogs bond so well with humans. If you’re worried that having a ’raptor in your home might lead to your children being stalked through your kitchen, Horner says, “If you were looking at animals in general, very few people would choose a wolf or a bobcat for a pet, yet it’s their descendants that we have in our homes. So when we think about dinosaurs as pets, we have to think about whether or not we’ve domesticated them.”

2. Compsognathus
“It’d be just like keeping a bird!” Horner says of this chicken-sized dinosaur. “Except they wouldn’t fly around your house, they’d just run around your house.” Horner explains that when it comes to the idea of having a dinosaur as a pet, it’s best not to compare them to mammals: “Instead, it’s much more like having a parrot than anything else.” And because compsognathus is among the smallest dinosaurs in the fossil record, it’s one of the very few that could fit into a cage of any kind.

3. Maiasaura
A discovery made by Horner himself (told you he was legendary!), he gave this duck-billed dinosaur the name “Maiasaura,” which translates to “good mother,” because the fossil record showed that the dinosaur cared for its young. Horner tells us, “It’s a large, plant-eating dinosaur who we know was a good parent, so that’d be good to have around.” The problem is, maiasaura got to be about 30 feet long and 10 feet tall, so Horner says it would be more of an outside pet. “Keep it like a horse,” he suggests.

4. Oryctodromeus
“Small, bi-pedal plant eaters could make good pets and you don’t have to worry about them chasing the cat around,” Horner says. One such dinosaur would be oryctodromeus, which was a burrowing dinosaur that only got to be a couple of feet tall. “Oryctodromeus lived in burrows, so you could keep it in burrows in your backyard. Or if you domesticated it and built a cubby hole in your house, you could keep it there,” Horner says, although he can’t promise that they wouldn’t scratch up your furniture.

Just don’t take them for walkies in the long grass.