The Most Effectual Method of Recovering 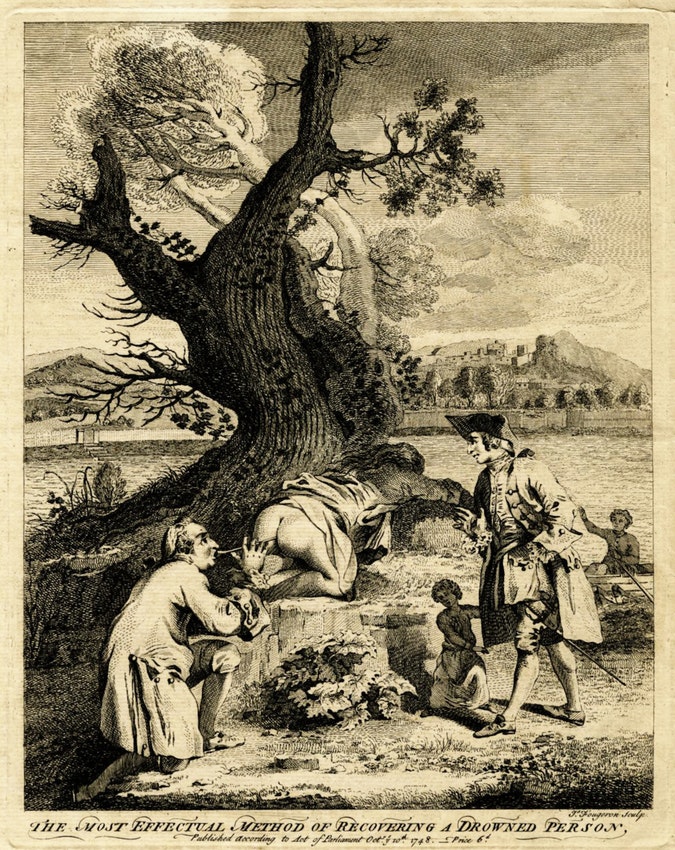 The Most Effectual Method of Recovering a Drowned Person, a print made by John Fougeron, satirising the French technique, 1747

In the 1730s, René Antoine Ferchault de Réaumur popularized a recent discovery: the seemingly lifeless could be revived with a wealth of strategies. This “Pliny of the Eighteenth Century” (Réaumur invented a precursor to the Celsius scale, influenced methods of silk production in China, and pioneered the process of metallic tinning still used today) wrote a pamphlet titled Avis pour donner du secours à ceux que l’on croit noyez (Advice to aid those believed drowned).

After debating the pros and cons of tickling the nose with feathers and filling a drowning man’s mouth with warm urine, Réaumur reveals what he believes to be the best technique: using a pipe stem to blow stimulating tobacco smoke into the intestines through the rectum. Louis XV found the pamphlet dazzling and encouraged its wide distribution. Startlingly, as Anton Serdeczny discusses in his recent book on reanimation, soon riverbanks across Europe were lined with “resuscitation kits”, as close-by as a contemporary defibrillator, which contained all the necessary supplies for giving a nicotine enema (and later, thankfully, included bellows as a substitute for breath). 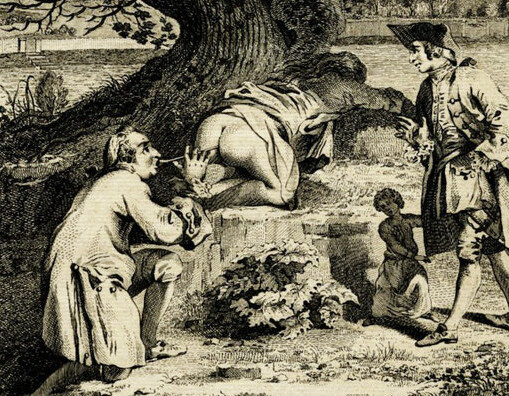 Resurrection on Repeat: *Rules and Orders of the Humane Society* (1787)

The pamphlet documents thirteen years of success since the 1774 establishment of Britain’s Humane Society for the Recovery of Persons Apparently Dead by Drowning.