This is an actual study.

A biologist at some super-left-leaning college in California, the land of needles and feces (a long way from milk and honey, I know) and two medical researchers from UCLA published a study examining, I redacted-you-not, “The nature of privilege: intergenerational wealth in animal societies.” They probably got a government grant for this.

You’ll quickly see from the study that the authors really, really hate squirrels:

For example, some (b) North American red squirrels (g1) transfer stores of acorns (middens) to one individual (g2) but not to others, imposing differential fitness outcomes on young squirrels that perpetuate across future generations.

In North American red squirrels, a mother may store spruce cones on her territory and privilege her daughter by bequeathing a rich territory to her; daughters who receive these resources survive longer and reproduce earlier than those without.

In discussing the study, the New York Times adds this unironic line:

Those young, pine-cone-rich squirrels, the scientists say, are children of privilege.

Here’s a graph from the study to visually explain the different types and levels of wealth inequity and privilege in the animal kingdom:

As you can see from this scientific graph, hyaenas have more privilege than bees because, they’re $%^&#$^ hyaenas . No where in the study is concern shown for the nature of the co-dependent relationship between the clownfish and anemone.

… some privileged wasps inherit nests while others do not, benefiting some lineages over others to further perpetuate the cycle of privilege.

Fit is really going to hit the shan when study’s authors find out about slave-making ants:

The observed behavior is surprising because invading ants and their victims often fight extremely fiercely. However, in several observed raids of the pillage ant, the attacked ants did not defend themselves.

The study’s authors are encouraged and pledge to look at other cases of “inequity and privilege” in the animal kingdom, which sounds like animal abuse. One author adds:

She stresses, though, that finding inequality in nature isn’t the same as justifying it. Her research “could be misinterpreted as saying, ‘Well, it exists everywhere, so we can do nothing about it,’” Dr. Smith said.

I can’t wait for these researchers to introduce CRT into the animal world. Perhaps they could start with lions on the savannah and film it. I’d stream that.

Side note: This whole thing would be a perfect skit for Gilda Radner (NSFW if you’re unfamiliar): 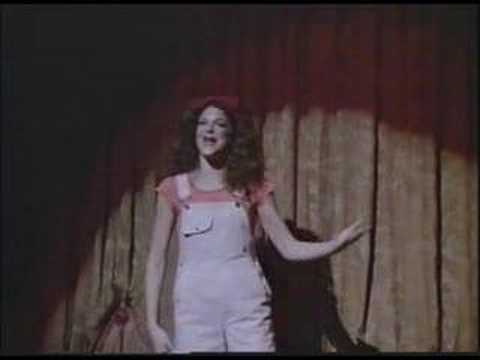 This is an actual study.