Russian authorities have blamed problems accessing Google and YouTube on a fire at a data centre in Strasbourg.

The country’s media watchdog Roskomnadzor tweeted that the disruption was due to the incident.

The data centre belongs to French cloud service provider OVH, which runs 32 such sites in Europe, America and Asia.

No-one was injured in the fire, which was declared a major incident.

It is not clear how the blaze started.

OVH’s chief executive Octave Klaba tweeted early this morning to say that fire had destroyed one of the data centres and a part of a second. He asked customers to “activate your disaster recovery plan”. We have a major incident on SBG2. The fire declared in the building. Firefighters were immediately on the scene but could not control the fire in SBG2. The whole site has been isolated which impacts all services in SGB1-4. We recommend to activate your Disaster Recovery Plan.

Two other data centres on the site remain closed. 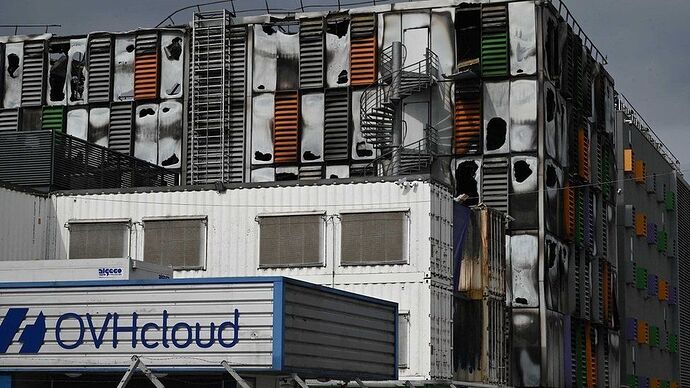 image captionOne building was destroyed and another damaged

The fire is believed to have affected several major online services, including the French government, cryptocurrency exchange Deribit and the Pompidou Centre in Paris.

The multiplayer video game Rust was also impacted - its developers tweeted that some players’ progression data had been permanently lost. Update: We've confirmed a total loss of the affected EU servers during the OVH data centre fire. We're now exploring replacing the affected servers. Data will be unable to be restored.

The Google outages come the same day as Roskomnadzor announced that it had deliberately slowed down the speed of Twitter for failing to remove 3,000 posts relating to suicide, drugs and pornography.

President Vladimir Putin recently gave the watchdog the power to block social media platforms if they discriminated against Russian media.

Twitter is the widely used by opposition figures including Alexei Navalny, who was jailed in January.

Previously the authorities have experimented with ways to create a Russia-specific internet, separate from the rest of the world, something that it says would offer protection if the West cut off internet access - but which critics say would allow it to censor a range of content. 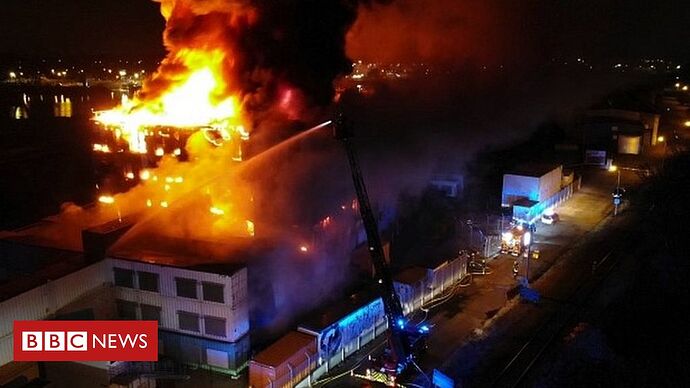 The fire in the French city of Strasbourg destroyed one data centre and damaged another.