Petitions To Keep Bezos From Returning To Earth Next Month

Over 45,000 people have signed petitions calling to prevent Jeff Bezos from returning to earth next month, when the billionaire founder of Amazon.com is set to ride his phallic ‘New Shepard’ rocket into space along with his brother, Mark and an unidentified passenger who paid $28 million to join them. 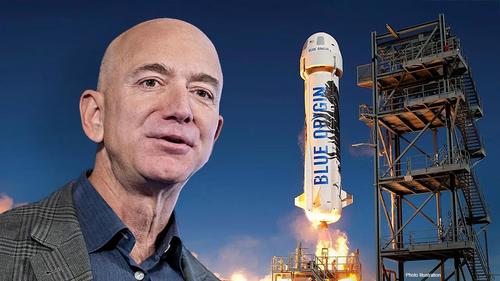 “Billionaire’s should not exist…on earth, or in space, but should they decide the latter they should stay there,” reads one petition posted to change.org , which has received over 26,000 signatures as of this writing - many of whom let their feelings be known: 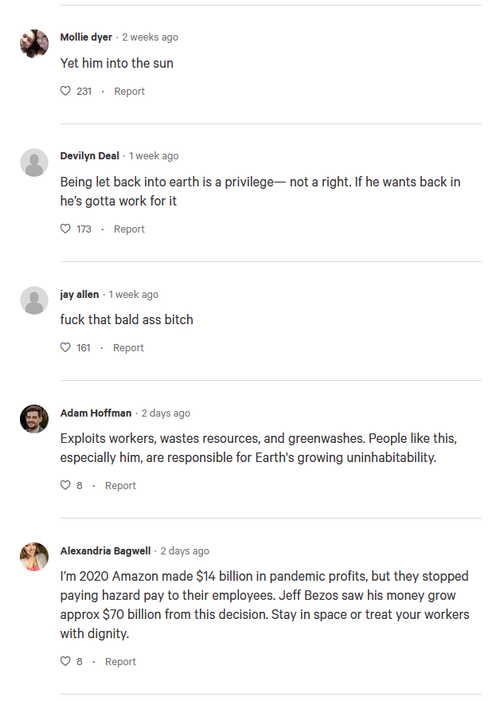 Another change.org petition with over 18,500 signatures reads: “Jeff Bezos is actually Lex Luthor, disguised as the supposed owner of a super successful online retail store. However, he’s actually an evil overlord hellbent on global domination.”

“Jeff has worked with the Epsteins and the Knights Templar, as well as the Free Masons to gain control over the whole world. He’s also in bed with the flat earth deniers; it’s the only way they’ll allow him to leave the atmosphere,” the petition continues.

Bezos just can’t seem to catch a break these days .

Petitions To Keep Bezos From Returning To Earth Next Month Signed By Over...

"Stay in space or treat your workers with dignity."