One by One, My Friends Were Sent to the Camps 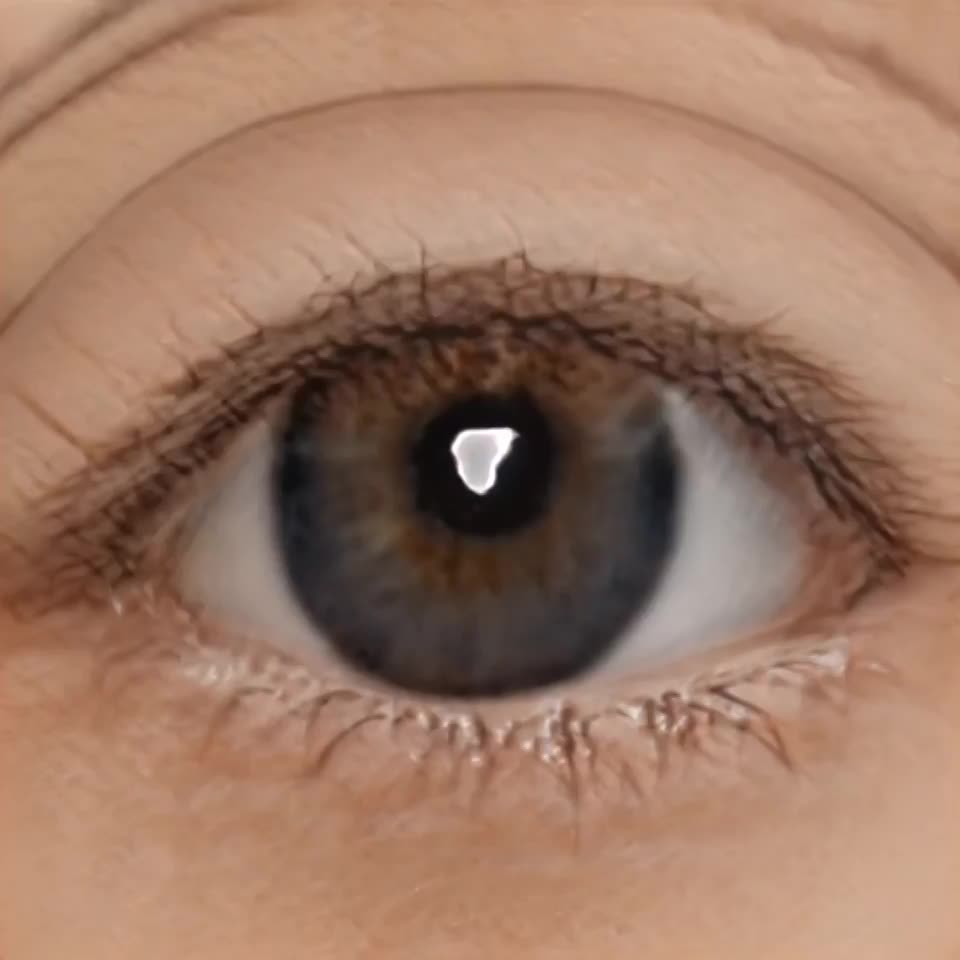 If you took an Uber in Washington, D.C., a couple of years ago, there was a chance your driver was one of the greatest living Uyghur poets. Tahir Hamut Izgil arrived with his family in the United States in 2017, fleeing the Chinese government’s merciless persecution of his people. Tahir’s escape not only spared him near-certain internment in the camps that have swallowed more than 1 million Uyghurs; it also allowed him to share with the world his experience of the calamity engulfing his homeland. The following articles are Tahir’s firsthand account of one of the world’s most urgent humanitarian crises, and of one family’s survival.

For Uyghurs, poetry is not merely the province of writers and intellectuals. It is woven into daily life—dropped into conversation, shared on social media, written between lovers. Through poetry, Uyghurs confront issues as a community, whether debating gender roles or defying state repression. I wake up many mornings to an inbox full of fresh verse, sent by the far-flung poets of the Uyghur diaspora for me to translate.

Influence and eminence in the Uyghur community are often tied to poetry as well. Ask Uyghurs to name 10 prominent Uyghurs, and several will be poets. Ask Uyghur intellectuals to name the most important Uyghur thinkers and writers, and Tahir’s name might well come up.

When I met Tahir in early 2008, his presence struck me much as his work had. His gaze was intense, his speech forceful and precise.

The son of dairy farmers, Tahir had grown up in a village outside Kashgar; the rhythms and folkways of Uyghur village life remain a wellspring for his poetry. He was born in 1969, during the Cultural Revolution, but came of age as an era of economic and cultural liberalization was dawning in the 1980s. The dreary, politicized poetry of the Mao years was giving way to an efflorescence of new genres, styles, and themes. When Tahir published his first poem, while still in high school, he was joining a literary scene very much in ferment.

At college in Beijing, Tahir learned Mandarin, in part by reading Chinese translations of Freud. He then moved on to Western poetry; for a while, the Chinese edition of Wallace Stevens’s selected poems rarely left his side. It was a heady time, as he and other Uyghur students in Beijing formed groups to discuss their reading and to push forward in their own literary efforts.

It was also a tumultuous period in China’s capital. A new generation, unwilling to accept the tepid pace of reform, was demanding democratic rights and an end to corruption. As a sophomore, Tahir helped organize hunger strikes and marches during the 1989 Tiananmen Square protests.

After college, Tahir worked in Beijing before taking a position teaching Mandarin in Urumqi, Xinjiang’s capital. All the while, he continued writing poetry. In 1996, he left Urumqi with the hope of studying abroad in Turkey but was arrested while attempting to leave China. Following a confession elicited under torture, he was imprisoned for three years, first in a facility near Urumqi and then in a forced-labor camp outside Kashgar, on charges of intent to expose state secrets. Conditions were harsh, and his weight fell below 100 pounds.

After his release, Tahir had to begin his life again, only now with a black mark against his name. The next year, he began working in film production, and by the early 2000s he had established himself as a significant and highly original director.

Perhaps because of his experiences, Tahir saw what was coming earlier than most. One night in late 2016, we had dinner with several other friends. Afterward, Tahir offered to drive me home. Instead of setting off, though, we sat in his car in the empty parking lot and continued talking. In a city where the walls have ears, this was a good place for a private conversation.

We discussed the worsening political situation in Xinjiang, and he asked in some detail about life in the U.S. I sensed it was time to talk about something we had never discussed before. “Are you thinking about moving to America?”

He looked me straight in the eyes. “Yes.”

The following year, reports of mass arrests and internment camps began trickling out of Xinjiang. Although I had left by then, I could see for myself that something serious was happening. One by one, my closest friends began deleting me from their phone contacts, as communication with individuals abroad became a pretext for arrest.

Tahir stayed in touch longer than most. In late June, he sent me a voice message. “In May the weather here got really bad,” he told me, using the typical Uyghur circumlocution for political repression. We exchanged a few messages.

And then, silence. Those were the last messages I ever received from any of my friends in the Uyghur region.

In late August 2017, I received word from a mutual acquaintance that Tahir was preparing to leave China—something that by then had become dangerous and difficult for Uyghurs. I held my breath, not daring to contact him until he was safely out of the country. Then another friend gave me an American phone number and told me it was Tahir’s. I called.

He picked up. Tinchliqmu? “How have you been?” We greeted each other as usual. Then I asked where he was. When he replied that he was in Washington with his family, relief washed over me. After months of relentlessly grim news from Xinjiang, this felt like a miracle.

Tahir and his family are now in the midst of the asylum application process. A few years passed before Tahir was ready to set down his experiences in writing. Once he began, it poured out of him. He sent me new entries faster than I could translate. The articles that follow comprise one man’s recounting of the political, social, and cultural destruction of his homeland—corroborated by The Atlantic ’s fact-checkers, who contacted others intimately familiar with these details, and who reviewed personal documentation, reports from the press and human-rights organizations, and similar eyewitness testimonies collated by the Xinjiang Victims Database. Aside from Tahir’s immediate family and a few other individuals, names and identifying details have been changed to protect those mentioned from state retribution.

Among the galaxy of talented Uyghur writers in Xinjiang, Tahir is to my knowledge the only one who has escaped China since the mass internments began. His account combines a poet’s power of expression with a clear eye for the moral ambiguity found in even the most extreme circumstances. While the system of state terror in Xinjiang is orchestrated by an inhuman bureaucracy, the individuals running that system—and those crushed by that system—are human in full, and their complexity is present throughout Tahir’s narrative.

The world revealed by that narrative is one we all must grapple with. The Chinese government’s war on its Uyghur minority is new, but the tools it employs are familiar. State repression in Xinjiang relies on weaponized social media, computer algorithms that monitor and predict behavior, and an array of high-tech surveillance technology, much of it developed in the West. Islamophobic discourses that gathered strength in the U.S. have been central to China’s efforts to justify its Xinjiang policies, while Western corporations have been implicated in supply chains reaching back to forced labor in the Uyghur region. Soon, the world will need to decide whether the 2022 Winter Olympics should be held in Beijing, a city where officials are actively orchestrating concentration camps.

Over the course of a decade, I enjoyed innumerable dinners in Urumqi with Tahir and our friends, writers and intellectuals with whom we would talk deep into the night. The richness and vibrancy of this milieu can be glimpsed even amid the tragedy coursing through these memoirs: the shopkeeper lovingly translating Bertrand Russell as the threat of arrest draws closer; the novelist whose irrepressible sense of humor leavens the unfolding atrocity.

Every one of these individuals could testify eloquently to the ongoing crisis—if they could speak to us. But they cannot: The persecution of the past several years has silenced their voices, at least for now. It is for them, and for countless unknown others, that Tahir shares his story with the world.

Before I met Tahir, I knew his poems. I encountered them soon after I began working as a translator in Xinjiang, the Uyghur region in western China. A close friend there kept telling me that if I really wanted to understand Uyghur culture, I had to read the poetry. Like many Americans, I rarely felt drawn to poetry, but one day, another friend put a sheaf of Tahir’s verses in my hand. Poetry had never affected me so deeply. One by One, My Friends Were Sent to the Camps

What is it like to live through—and escape—the Uyghur genocide? Tahir Hamut Izgil tells his family’s story in an unprecedented, five-part series.