A World Health Organization (WHO) adviser who previously worked under President Clinton and then-Senator Joe Biden has broken his silence over the origins of the COVID-19 pandemic.

Jamie Metzl - who served as Deputy Staff Director of the Foreign Relations Committee under Biden (2001-2003), after serving on the National Security Council (1997-1999) and the State Department (1999-2001) under Clinton, waited until three days after Biden’s inauguration to tell the Toronto Sun that he thinks COVID-19 was most likely an accidental lab leak in Wuhan . 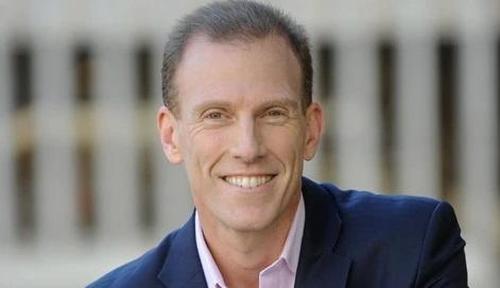 “There’s no irrefutable evidence,” said the Kansas-born Metzl, a senior Atlantic Council fellow who was appointed to the WHO expert advisory committee on human genome editing in 2019. “There’s just more evidence and as more evidence arrives, the case for accidental lab leak, in my view, increases.” 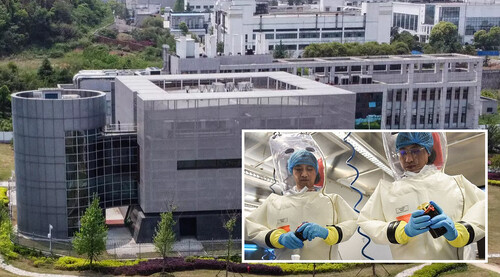 More from Metzl’s interview with the Sun (emphasis ours) :

What about the original theory that this all started in a wet market in Wuhan?

Do you get the idea of scary viruses being created in a lab may seem a little sci-fi?

It may feel like sci-fi to people but what’s happening is sci. There is a field of study called “gain of function” research , which is highly controversial in which some scientists amplify the virility of viruses. We know that the Wuhan Institute of Virology was involved in gain of function research on bat coronaviruses.

Is it because this specifically started in China that we still don’t know how COVID-19 started?

If there had been an outbreak in Congo or some country in Africa and that country, in the earliest days of the pandemic, prevented World Health Organization investigators from going onto the scene of the outbreak, for nearly a month, the world would have gone berserk.

Will a change of the U.S. administration help find an answer?

Biden will be tougher on China than President Trump because President Biden is very smart and strategic and he understands that American power and American strength doesn’t rest on bluster, it rests on principles, it rests on partnerships, and alliances and accountability. And the Trump administration unfortunately gave China a pass by over politicizing the question of the origin of the virus by alienating America’s partners and allies. "It Was All A Lie": Biden-Linked WHO Adviser Says COVID-19 'Likely' Leaked...

"We know that the Wuhan Institute of Virology was involved in gain of function research on bat coronaviruses."

Question is:
Was it in a Lab to study it for a cure knowing its potential for mutation to Human to Human transfer?

Was it in a Lab to be researched for weaponizing?

Still a possibility it was first transmitted to a scientist in the field or a vendor in a wet market. Only one answer that really matters at this point is if it was in a lab why, and we are likely to never know the truth on that or at this point be able to believe the truth if told the truth.

Of course it came from the lab, the bat origin was at best a questionable excuse
now the way it’s mutating is more proof of it being a weapon the Chinese were creating that got leaked

None of this surprises me. This is what I thought all along. The question is whether or not it was intentionally leaked, or just a sloppy employee.

^^ Yes, but Trump was a racist for calling it the Chinese virus.

Honesty, if the current push for information suppression fails the more Trump is going to be proven right. Dems (and most Reps) are pro-war, pro-open boarders, anti-American military, Pro-China, Pro-Russia (both for $$$). Look at how Disney, Hollywood, Facebook and Twitter have caved to China. That’s where the real power lies because THAT is where the biggest population is to sell to.

Think back to… that good old year of 2018. The US economy is roaring. Trump’s support among minorities is soaring despite the media. He’s declaring economic war on China and winning big time. Leftists in America failed at screeching at the sky, the pussy hat march was ineffective, Trump starts putting tariffs on China that bolsters American manufacturing. Trump removes blockage of the Keystone Pipeline, allows fracking to continue and gasoline prices drop from $4.30 to $2.20 a gallon (heating fuel does the same). Unemployment is down for whites, but the black and Hispanic unemployment numbers drop to lows not seen since the 70’s. Wages are going up, even beyond the leftist’s $15 an hour in high income states (coffee shops in Plymouth MA were hiring at $18 an hour desperate for help a year ago).

Yeah, Trump was a monster, and Obama (I will skip Clinton because he was smart), and Carter were all kinds of good for the country. High oil prices, vast levels of unemployment (including the U6 number) and general misery for all.

Welcome to the Harris years!

How is starting a fight/argument/increasing bad relations by name calling throwing accusations around and intentionally insulting China (even if its all true) really helpful or smart? Not saying we should be sugar coating it, but if that helps get the info we want, and some cooperation now sure fake it and “sugar coat the hell out of it”!

Given there size and economic impact we have failed to keep in check, we can not win an all out war with china without ending civilization by using nukes. But if you carry a big stick and speak softly maybe you can stand your ground until an advantage presents itself, but taking trumps all mouth approach usually results in spitting out teeth.

but taking trumps all mouth approach usually results in spitting out teeth.

Worked in N Korea and the Middle East…

The establishment has let China take over industry, allowed them into our colleges, and allowed them to steal technology. They undermined Trump for four years while Biden’s family was made richer, so I expect the same soft pandering to continue. The tariffs worked, and they should not be removed, in fact stricter sanctions against China are well in order.

Until China stops harvesting organs from religious minorities all trade should be stopped with China.

I agree we cant have it both ways. We can not stand for human rights violations and ignore what they are doing to there own people, we can not stand for patent infringement, we can not allow them to take water ways that don’t belong to them, we can not accept china rule over Hong Kong. This weakness of do one thing say another is getting old. So Ya stop the wishy washy and get rid of Tariffs completely and go FULL STOP ON TRADE! Ban all sales and outlaw all buy of any China goods, services. Block and ban all internet services and APPs. They will become model citizens over night once we bankrupt there economy.

Tanks and Aircraft are a waist of money if you don’t use them once in a while right?

^^ Agree with both of those statements.