In a groundbreaking development, Iran has made its first-ever import arrangement using cryptocurrency, according to Iran’s Tasnim News Agency.

“This week, the first official import order registration worth $10 million was successfully completed using cryptocurrency," said Alireza Peyman-Pak, the head of Iran’s Ministry of Industry, Mine and Trade. He didn’t provide any other details about the transaction, such as which cryptocurrency was used or where the imports were coming from.

This week’s $10 million import order is just the beginning, as Iran works to sidestep sanctions and pursue trade with other U.S.-targeted economies. "By the end of September, the use of cryptocurrencies and smart contracts will be widely used in foreign trade with target countries,” said Peyman-Pak.

As the United States and Western allies continue to impose sanctions on Iran and other out-of-favor countries, there’s a lot of work underway to create new, non-dollar-denominated means of conducting trade.

Last month, Iranian economic minister Ehsan Khandouzi announced that the U.S. dollar had been officially replaced by the ruble in Iran’s trade with Russia, and that work is underway to replace the dollar in business with China, Turkey and India. Russia and Iran are also engineering an alternative to the SWIFT payments messaging service, which is used throughout global trade but is frequently used as a sanctions weapon – by blocking access to it. 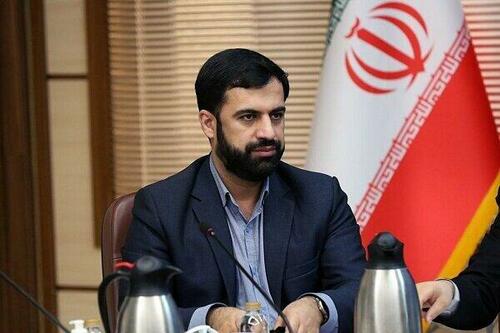 Alireza Payman-Pak, head of Iran’s Ministry of Industry, Mine and Trade (via Tehran Times)

In a 2021 report, blockchain analytics firm Elliptic estimated that 4.5% of all bitcoin mining in the world was happening in Iran. Iran instituted a licensing regime for cryptocurrency miners in 2019. It requires registration, the payment of a modest surcharge for electricity, and that all mined bitcoins must be sold to Iran’s central bank.

News of Iran’s crypto-denominated import transaction comes as the European Union has presented Iran and the United States with a “final” proposal for reviving the 2015 Iran nuclear deal that President Trump reneged on despite Iran’s compliance.

In fits and starts, negotiations over returning to the nuclear deal have stretched over 17 months. At stake for the Iranians: Relief from economy-choking sanctions.

Iran has withdrawn two demands: That the U.S. remove Iran’s Islamic Revolutionary Guard Corps (IRGC) from the list of sanctioned terrorist organizations, and that President Biden guarantee that a future president won’t renege on the revived deal as Trump did – and could conceivably do again himself.

Iran has, however, added a new demand: That the International Atomic Energy Agency drop an investigation into unexplained uranium found at multiple Iranian research sites. The discoveries were facilitated by Israel’s 2018 theft of Iranian documents about its nuclear program.

Of course, one can’t rule out the possibility that Israel forged some of the documents and deposited the uranium traces itself. The Mossad has repeatedly demonstrated its ability to operate inside Iran with ease, and it wouldn’t be the first time Israel seemingly manufactured “Iranian” documents to manipulate U.S. officials, journalists and public opinion.

With the European Union proposal widely viewed as the last chance for the nuclear deal’s revival – and as Iran contemplates the possibility that the 2024 election could lead to a Republican president reneging again – it’s understandable that Iran is hedging its bets by aggressively pursuing non-dollar trade avenues.

By chasing sanctioned countries out of dollars, the USA stokes demand for alternatives