InSight is Going to Try and “Hear” Perseverance Land on Mars 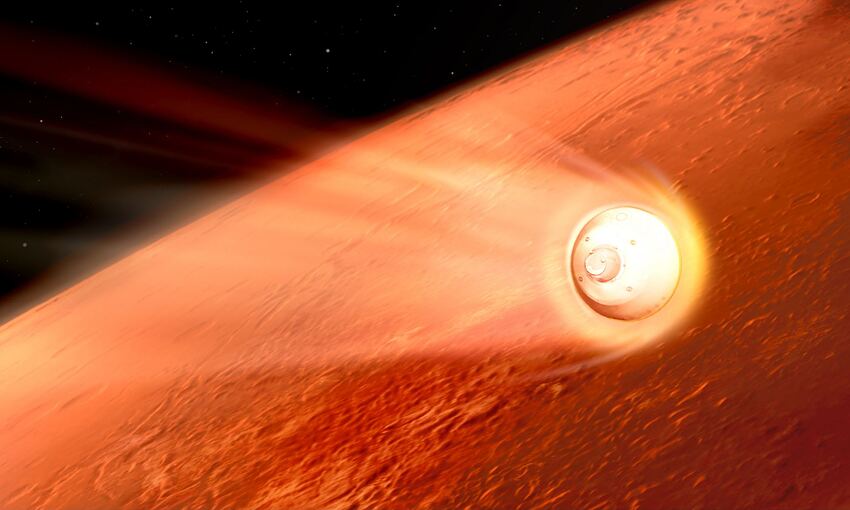 InSight is Going to Try and “Hear” Perseverance Land on Mars From 3,452 km Away

Now that the UAE’s Hope spacecraft and China’sTianwen-1 have successfully reached the Red Planet, next up is NASA’s Perseverance rover, set to land on February 18th.

Ten operational spacecraft are currently in orbit or on the surface of Mars, ready to welcome the new rover. But one spacecraft in particular, the InSight lander, will be listening closely for Perseverance’s dramatic entry, descent and landing – a.k.a. the Seven Minutes of Terror.

Scientists will be using InSight’s specialized instruments to, hopefully, pick up the sounds of Perseverance’s arrival. Usually, these instruments listen for seismic activity on Mars, as well as impacts from meteorites. But the timing of these events are not known ahead of time. Therefore, says InSight team member Ben Fernando from the University of Oxford, the arrival of Perseverance Rover potentially offers the first opportunity to detect a known, planned landing of a foreign body on the surface of the Mars. 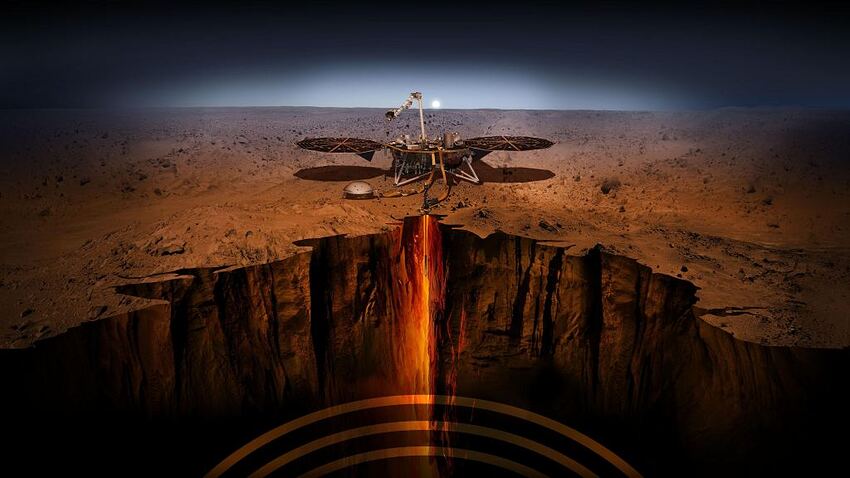 “There’s a real interest within the InSight team in trying to detect an impact seismically,” Fernando said in a video presentation. “This would be of enormous use and interest for independently checking some of our understandings of the structure of Mars and the way that waves propagate through its interior.”

During InSight’s two years on Mars, it has detected several hundred marsquakes. However, no meteorite impact events have been detected. Impact events are of particular interest because they can be constrained in timing and location from pictures taken by orbiting satellites.

Additional reading: Thanks to Perseverance, We’re Finally Going to Hear What Mars Sounds Like

Since the exact timing and location of Perseverance’s arrival is already known, attempting to listen for the rover can be used to calibrate seismic measurements.

Fernando told Universe Today that the noise levels will be the biggest challenge.

“The landing is a long way away, so the most important thing that will determine whether we hear anything is how noisy it is on the day,” he said via email.

Fernando said the team has been able to determine the locations of a couple of Marsquakes, which appear to be in Cerberus Fossae, about 1,700 km (1,056 miles) from the lander. Perseverance will be landing in Jezero Crater, about 3,452 kilometers (2,145 miles) away from InSight’s location in Elysium Planitia.

But the landing of the rover won’t be exactly what InSight will listen for. One sound propagating through the atmosphere will be a sonic boom, created as the landing capsule decelerates as it plunges through the Martian atmosphere.

Then, shortly after Perseverance hits the atmosphere, the spacecraft will eject two Cruise Mass Balance Devices (CMBDs) to alter its center of mass. These each weigh 77 kilograms (170 lbs.) and will be dropped from an altitude of about 1,459 km (900 miles), hitting the ground at an estimated 14,000 kph (8,700 mph).

In their paper describing the experiment, the team says they expect to receive data from InSight within a day or two of Perseverance’s landing, after which they will investigate whether they have made a successful detection.

‘This is an incredibly exciting experiment,” Fernando said. “This is the first time that this has ever been tried on another planet, so we’re very much looking forward to seeing how it turns out.”

InSight is Going to Try and "Hear" Perseverance Land on Mars From 3,452 km...

Now that the UAE’s Hope spacecraft and China’sTianwen-1 have successfully reached the Red Planet, next up is NASA’s Perseverance rover, set to land on February 18th. Ten operational spacecraft are currently in orbit or on the surface of Mars, ready...