How Much Sunscreen Would You Need on Every Planet? 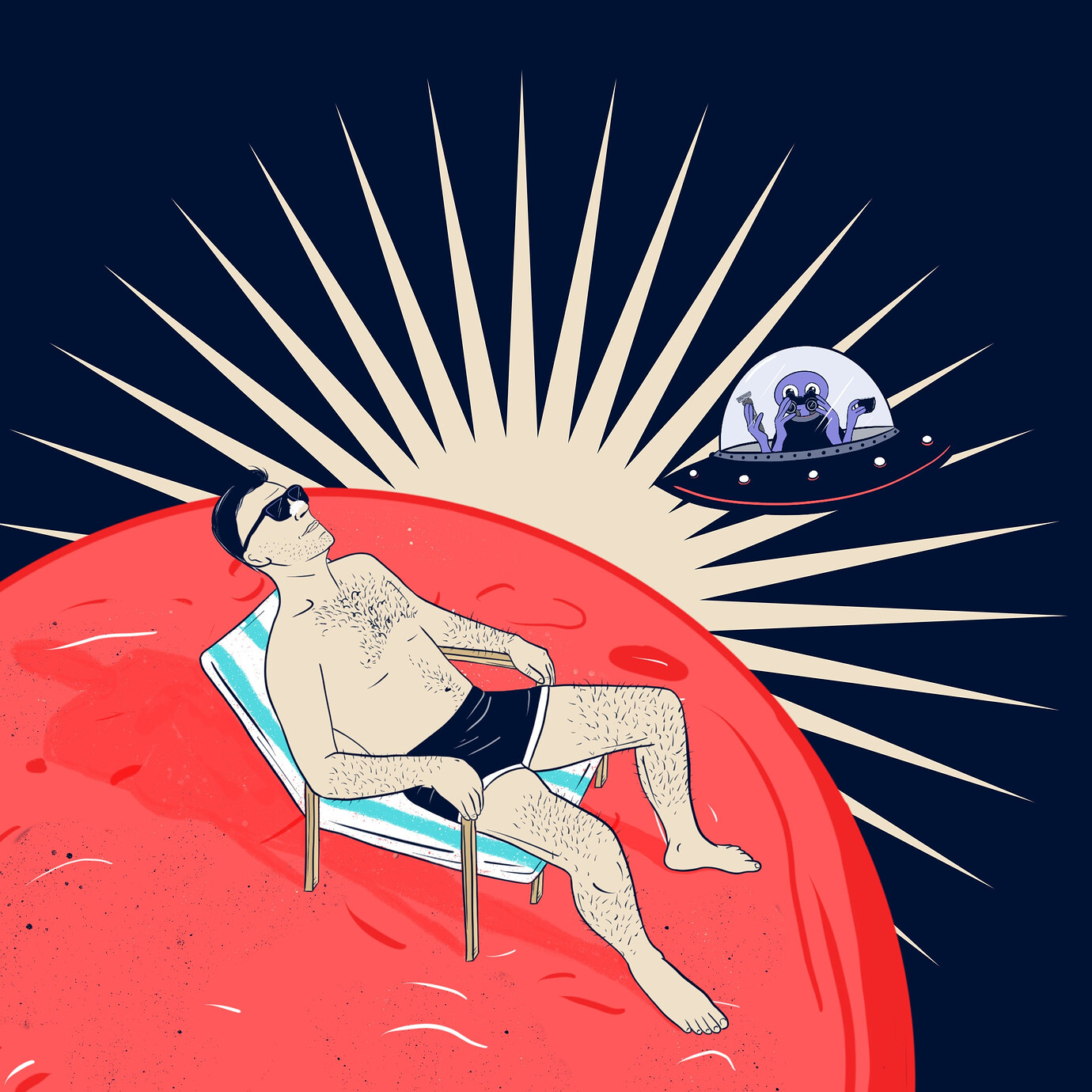 How Much Sunscreen Would You Need on Every Planet?
By Rob Bricken
You can enjoy a day in the sun anywhere! (You just won’t survive.)
As the sunnier seasons casually stroll our way, it’s time to start applying sunscreen every time you leave the house — skin cancer is a very real and very serious issue, and SPF is your first line of defense. But that got us wondering just how much protection you’d need elsewhere in the solar system. Let’s explore!

Mercury
The sun shines six times more brightly on Mercury than on Earth, and the daily temperature can reach up to 840 degrees Fahrenheit. So unfortunately, your sunscreen would boil away the second you tried to use it.

Venus
Venus is shrouded in thick clouds of sulfuric acid, which makes the planet even hotter than Mercury. Worse, the air pressure is about the same as if you were half a mile deep in the ocean, which would squish that bottle of sunscreen flat—and you with it.

Earth
You’ve probably heard of this place. But no matter where on the planet you are, dermatologists agree you should apply sunscreen whenever you head outside, ideally of at least SPF 30. Do it!!

Mars
Our next nearest neighbor gets close to the same amount of sun as Earth. However, the thin atmosphere doesn’t protect the planet from the sun’s ultraviolet-C light, which is so powerful it can cause massive skin and eye damage in mere minutes. It’s tough to apply sunscreen when you’re basically melting.

Jupiter
The biggest planet in our solar system is a gas giant, so even its brightest day would look overcast. That is until you tried to set foot on it and fell straight through the gas towards Jupiter’s center, where you’d be torn apart by raging storms and/or crushed by the atmospheric pressure. Maybe you could try to apply sunscreen on your way down? It wouldn’t help, but it might be a nice distraction.

Saturn
Saturn’s also a gas giant, so you’d have the same experience as you would “on” Jupiter, although here the sun would only look about as bright as a cubicle office. Still, that’s enough light to see how pretty the planet’s rings are (before dying horribly).

Uranus
Although it’s called an ice giant, Uranus is really just an extremely cold gas giant. If you could somehow land on the surface and survive in the methane-heavy atmosphere, you’d enjoy the mid-day equivalent of an Earth sunset. Then be immediately killed since, theory suggests, due to the intense extremes of pressure and temperature, it literally rains diamonds. There’s no SPF (or umbrella) for that. 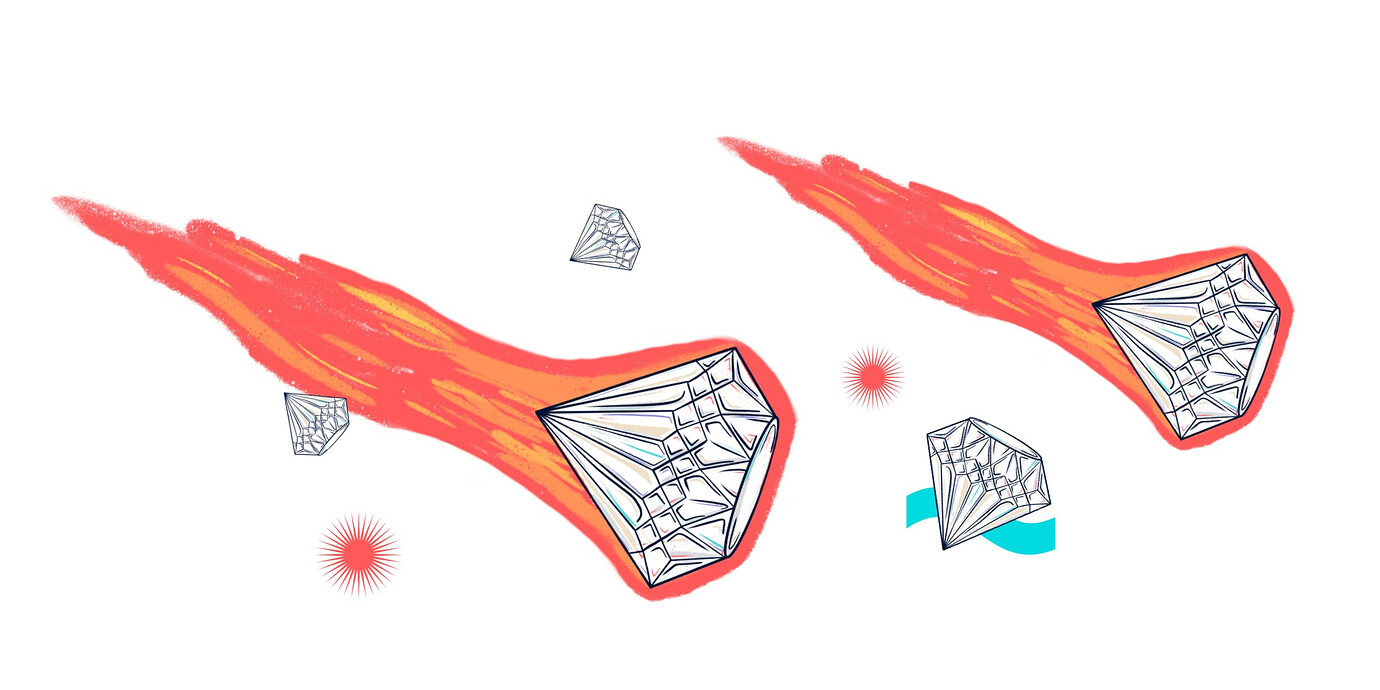 Due to the intense extremes of pressure and temperature on Uranus, it literally rains diamonds.
Neptune
Another ice giant, Neptune is about as bright as a well-lit public bathroom. The winds here reach about 1,200 miles per hour, which would make it somewhat tricky to apply sunscreen. Or, y’know, be alive.

Pluto
Finally, we reach the contentious non-planet whose distance from the sun, somewhat appropriately, offers the same light as a poorly lit public restroom. It’s freezing and there’s basically no atmosphere, making sunscreen largely irrelevant due to you being, well, dead. But at least there’s a surface!