… And Other Health Concerns. 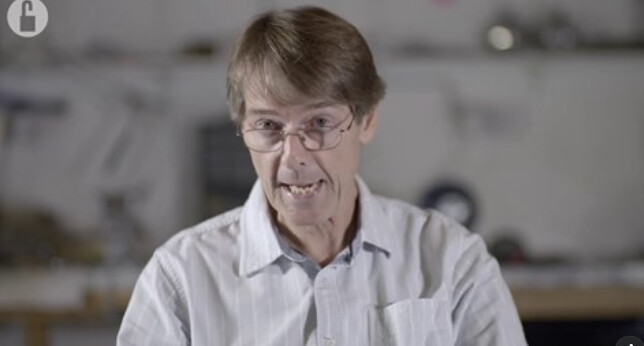 Yeadon and Wodarg say the studies should be halted until a design study is available which addresses a host of serious safety concerns expressed by a growing body of renowned scientists who are skeptical of how quickly the vaccines are being developed, according to Germany’s 2020 News .

On the one hand, the petitioners demand that, due to the known lack of accuracy of the PCR test in a serious study, a so-called Sanger sequencing must be used . This is the only way to make reliable statements on the effectiveness of a vaccine against Covid-19. On the basis of the many different PCR tests of highly varying quality, neither the risk of disease nor a possible vaccine benefit can be determined with the necessary certainty, which is why testing the vaccine on humans is unethical per se. - 2020 News

The pair also point to concerns raised in previous studies involving other coronaviruses - including ( via 2020 News) :

Dr. Yeadon made headlines last month when he said “There is no science to suggest a second wave should happen,” and that false positive results from inherently flawed COVID-19 tests are being used to ‘manufacture’ a second wave.

As Ralph Lopez write at HubPages, Yeadon warns that half or even “almost all” of tests for COVID are false positives. Dr. Yeadon also argues that the threshold for herd immunity may be much lower than previously thought, and may have been reached in many countries already.

In an interview last month (see below) Dr. Yeadon was asked:

"we are basing a government policy, an economic policy, a civil liberties policy, in terms of limiting people to six people in a meeting…all based on, what may well be, completely fake data on this coronavirus?"

He then lamented the lives lost as a result of lockdown policies, and of the “savable” countless lives which will be further lost, from important surgeries and other healthcare deferred, should lockdowns be reimposed.

Watch the full discussion below: I did a bit of searching and some posts claimed he’s not worked for them (Pfizer) for nine years and has made some questionable claims that coronavirus is effectively over in the UK.

I once got pneumonia from flu and my left lung has never been quite the same since, so when I get the chance for the jab, I’ll be having it.

I also wonder when reading these stories:
How do I know this person actually worked for that company?
Did he actually even work in the division related to this vaccine?
Did he actually do work on this vaccine?
How does he know none of his concerns were not already addressed by another part of the company or by an outside source that communicated those verified results?

Then I read the story and think COOL what if a botched vaccine in Russia or China actually decreases the birth rate of those populations? On the flip side what if the side effects of the vaccine is improved mental capabilities, less mental illness.