Can physics prove if God exists?

If there is a God, would they be bound by the laws of physics?

I still believed in God (I am now an atheist) when I heard the following question at a seminar, first posed by Einstein, and was stunned by its elegance and depth: “If there is a God who created the entire universe and ALL of its laws of physics, does God follow God’s own laws? Or can God supersede his own laws, such as travelling faster than the speed of light and thus being able to be in two different places at the same time?” Could the answer help us prove whether or not God exists or is this where scientific empiricism and religious faith intersect, with NO true answer? David Frost, 67, Los Angeles.

I was in lockdown when I received this question and was instantly intrigued. It’s no wonder about the timing – tragic events, such as pandemics, often cause us to question the existence of God: if there is a merciful God, why is a catastrophe like this happening? The idea that God might be “bound” by the laws of physics – which also govern chemistry and biology and thus the limits of medical science – was an interesting one to explore.

If God wasn’t able to break the laws of physics, she arguably wouldn’t be as powerful as you’d expect a supreme being to be. But if she could, why haven’t we seen any evidence of the laws of physics ever being broken in the Universe?

To tackle the question, let’s break it down a bit. First, can God travel faster than light? Let’s just take the question at face value. Light travels at an approximate speed of 3 x 10 to the power of 5 kilometres every second, or 186,000 miles per second (299,500km/s). We learn at school that nothing can travel faster than the speed of light – not even the USS Enterprise in Star Trek when its dilithium crystals are set to max.

But is it true? A few years ago, a group of physicists posited that particles called tachyons travelled above light speed. Fortunately, their existence as real particles is deemed highly unlikely. If they did exist, they would have an imaginary mass and the fabric of space and time would become distorted – leading to violations of causality (and possibly a headache for God).

It seems, so far, that no object has been observed that can travel faster than the speed of light. This in itself does not say anything at all about God. It merely reinforces the knowledge that light travels very fast indeed. 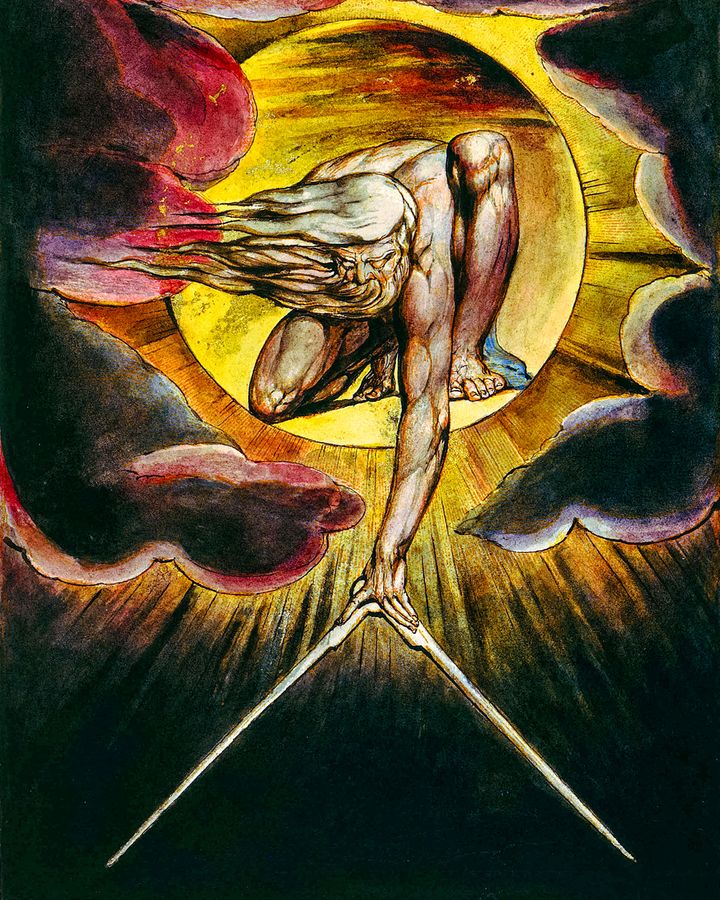 If God exists, one question would be whether they would be bound to the laws of sciences such as physics (Credit: Alamy)

Things get a bit more interesting when you consider how far light has travelled since the beginning. Assuming a traditional big bang cosmology and a light speed of 300,000km/s, then we can calculate that light has travelled roughly 1.3 x 10^23 (1.3 times 10 to the power 23) km in the 13.8 billion years of the Universe’s existence. Or rather, the observable Universe’s existence.

The Universe is expanding at a rate of approximately 70km/s per Mpc (1 Mpc = 1 Megaparsec or roughly 30 million km), so current estimates suggest that the distance to the edge of the universe is 46 billion light years. As time goes on, the volume of space increases, and light has to travel for longer to reach us.

There is a lot more universe out there than we can view, but the most distant object that we have seen is a galaxy, GN-z11, observed by the Hubble Space Telescope. This is approximately 1.2 x 10^23 km or 13.4 billion light years away, meaning that it has taken 13.4 billion years for light from the galaxy to reach us. But when the light “set off”, the galaxy was only about three billion light years away from our galaxy, the Milky Way.

Many cosmologists believe that the Universe may be part of a more extended cosmos, a multiverse

We cannot observe or see across the entirety of the Universe that has grown since the Big Bang because insufficient time has passed for light from the first fractions of a second to reach us. Some argue that we therefore cannot be sure whether the laws of physics could be broken in other cosmic regions – perhaps they are just local, accidental laws. And that leads us on to something even bigger than the Universe.

Many cosmologists believe that the Universe may be part of a more extended cosmos, a multiverse, where many different universes co-exist but don’t interact. The idea of the multiverse is backed by the theory of inflation – the idea that the universe expanded hugely before it was 10^-32 seconds old. Inflation is an important theory because it can explain why the Universe has the shape and structure that we see around us.

But if inflation could happen once, why not many times? We know from experiments that quantum fluctuations can give rise to pairs of particles suddenly coming into existence, only to disappear moments later. And if such fluctuations can produce particles, why not entire atoms or universes? It’s been suggested that, during the period of chaotic inflation, not everything was happening at the same rate – quantum fluctuations in the expansion could have produced bubbles that blew up to become universes in their own right.

But how does God fit into the multiverse? One headache for cosmologists has been the fact that our Universe seems fine-tuned for life to exist. The fundamental particles created in the Big Bang had the correct properties to enable the formation of hydrogen and deuterium – substances which produced the first stars. 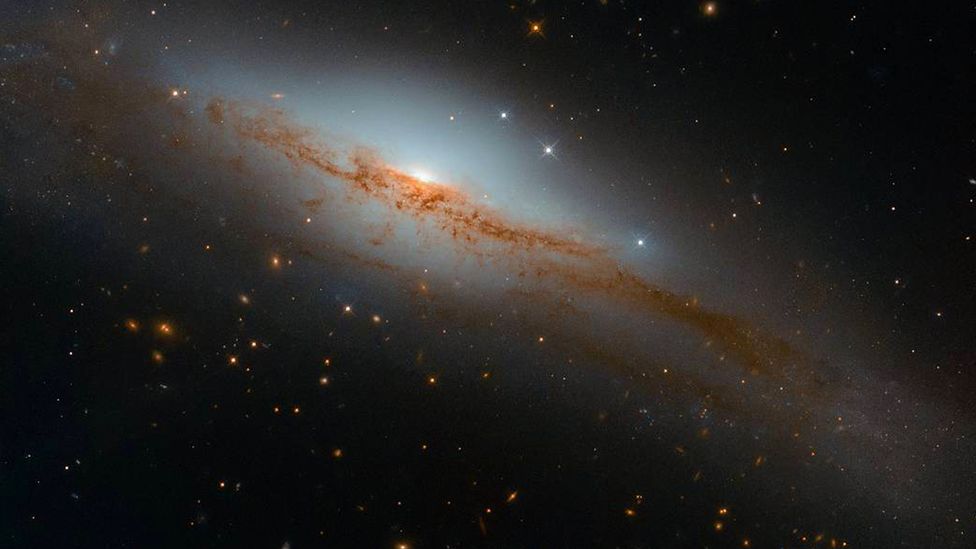 Could quantum physics help explain a God that could be in two places at once? (Credit: Nasa)

The physical laws governing nuclear reactions in these stars then produced the stuff that life’s made of – carbon, nitrogen and oxygen. How come all the physical laws and parameters in the universe happen to have the values that allowed stars, planets and ultimately life to develop?

Some argue it’s just a lucky coincidence. Others say we shouldn’t be surprised to see biofriendly physical laws – they after all produced us, so what else would we see? Some theists, however, argue it points to the existence of a God creating favourable conditions.

But God isn’t a valid scientific explanation. The theory of the multiverse, instead, solves the mystery because it allows different universes to have different physical laws. So, it’s not surprising that we should happen to see ourselves in one of the few universes that could support life. Of course, you can’t disprove the idea that a God may have created the multiverse.

This is all very hypothetical, and one of the biggest criticisms of theories of the multiverse is that because there seem to have been no interactions between our Universe and other universes, then the notion of the multiverse cannot be directly tested.

Now let’s consider whether God can be in more than one place at the same time. Much of the science and technology we use in space science is based on the counter-intuitive theory of the tiny world of atoms and particles known as quantum mechanics.

The theory enables something called quantum entanglement: spookily connected particles. If two particles are entangled, you automatically manipulate its partner when you manipulate it, even if they are very far apart and without the two interacting. There are better descriptions of entanglement than the one I give here – but this is simple enough that I can follow it.

Imagine a particle that decays into two sub-particles, A and B. The properties of the sub-particles must add up to the properties of the original particle – this is the principle of conservation. For example, all particles have a quantum property called “spin” – roughly, they move as if they were tiny compass needles. If the original particle has a “spin” of zero, one of the two sub-particles must have a positive spin and the other a negative spin, which means that each of A and B has a 50% chance of having a positive or a negative spin. (According to quantum mechanics, particles are by definition in a mix of different states until you actually measure them.) 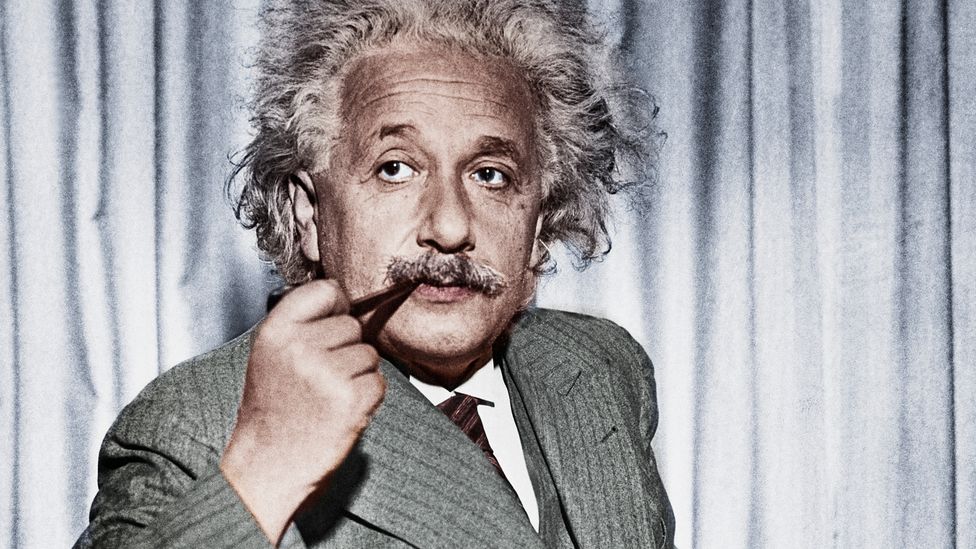 The properties of A and B are not independent of each other – they are entangled – even if located in separate laboratories on separate planets. If you measure the spin of A and you find it to be positive, then imagine a friend measured the spin of B at exactly the same time that you measured A. In order for the principle of conservation to work, she must find the spin of B to be negative.

But – and this is where things become murky – like sub-particle A, B had a 50:50 chance of being positive, so its spin state “became” negative at the time that the spin state of A was measured as positive. In other words, information about spin state was transferred between the two sub-particles instantly. Such transfer of quantum information apparently happens faster than the speed of light. Given that Einstein himself described quantum entanglement as “spooky action at a distance”, I think all of us can be forgiven for finding this a rather bizarre effect.

So, there is something faster than the speed of light after all: quantum information. This doesn’t prove or disprove God, but it can help us think of God in physical terms – maybe as a shower of entangled particles, transferring quantum information back and forth, and so occupying many places at the same time? Even many universes at the same time?

I have this image of God keeping galaxy-sized plates spinning while juggling planet-sized balls – tossing bits of information from one teetering universe to another, to keep everything in motion. Fortunately, God can multitask – keeping the fabric of space and time in operation. All that is required is a little faith.

Has this essay come close to answering the questions posed? I suspect not: if you believe in God (as I do), then the idea of God being bound by the laws of physics is nonsense, because God can do everything, even travel faster than light. If you don’t believe in God, then the question is equally nonsensical, because there isn’t a God and nothing can travel faster than light. Perhaps the question is really one for agnostics, who don’t know whether there is a God. 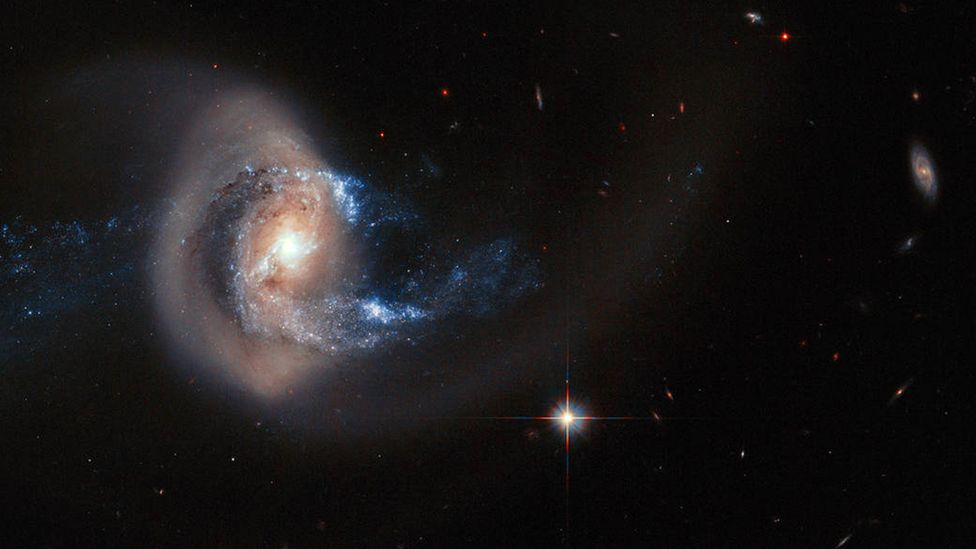 This is indeed where science and religion differ. Science requires proof, religious belief requires faith. Scientists don’t try to prove or disprove God’s existence because they know there isn’t an experiment that can ever detect God. And if you believe in God, it doesn’t matter what scientists discover about the Universe – any cosmos can be thought of as being consistent with God.

Our views of God, physics or anything else ultimately depends on perspective. But let’s end with a quotation from a truly authoritative source. No, it isn’t the Bible. Nor is it a cosmology textbook. It’s from Reaper Man by Terry Pratchett:

“Light thinks it travels faster than anything but it is wrong. No matter how fast light travels, it finds the darkness has always got there first, and is waiting for it.” 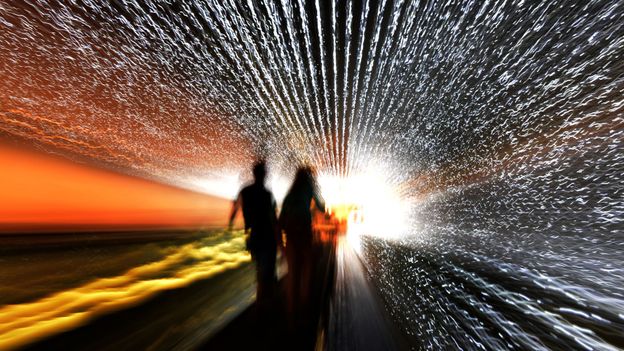 Can physics prove if God exists?

If there is a God, would they be bound by the laws of physics?

Why would God set rules for us lowers that he too has to follow. God is beyond us, so he is beyond our rules.

And in the most simple way to answer:. When has any person that created rules for others ever followed those rules?