California Accelerates Plan To Chase Away The Wealthy

The California legislature proposes scheme after scheme to tax the wealthy . 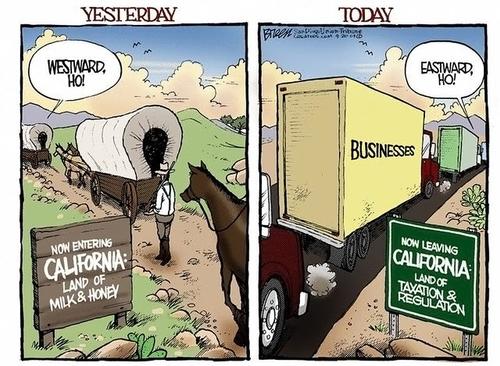 You Can Check Out But Never Leave

California’s proposed wealth tax, Bill 2028, would apply for a decade to anyone who spends 60 days in the state in a single year.

Here are the details.

Stocks, options, bonds, cash, farms, in short, everything is covered including unrealized gains.

The Wall Street Journal comments on A California Plan to Chase Away the Rich, Then Keep Stalking Them.

California’s Legislature is considering a wealth tax on residents, part-year residents, and any person who spends more than 60 days inside the state’s borders in a single year. Even those who move out of state would continue to be subject to the tax for a decade—a provision that calls to mind the Eagles’ famous “Hotel California” lyric: “You can check out any time you like, but you can never leave.”

The WSJ article came out on December 18, but my understanding is that bill had already died by that date.

A new bill was introduced in the Assembly this week that would simultaneously increase corporate taxes, raise income taxes on citizens making over $1 million a year, and eliminate corporate tax “loopholes.”

To fund the program with at least $2.4 million, AB 71 would specifically increase the corporate income tax to historical high rates to create a more “progressive” corporate income tax, would increase the personal income tax for anyone in California making more than $1 million, eliminate or limit corporate tax loopholes including the water’s edge election, and would “mark to market” unrealized capital gains and repeal step-up in basis inherited assets, raising the amount generated from capitol gains.

“A lot of wealthy people had that wealth tax proposal earlier this year as the trigger to move, and now many who stayed after it was defeated are looking at this one for being a trigger.”

These ridiculous schemes will do nothing but drive the wealthy taxpayers away.

AB 71 is modest in comparison to Bill 2028 but rest assured it would not stop there.

A wealth tax may be legal at the state level, but it would never pass a constitutional test in the Supreme Court on those who left.

And yes, the wealthy would leave. So would more corporations.

Those are the proper responses to tax madness. 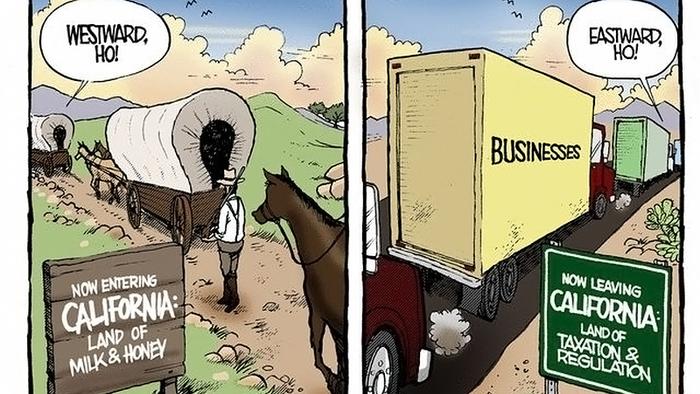 California Accelerates Plan To Chase Away The Wealthy