Hillary Alleges ‘Russian Involvement, If Not Influence or Interference, In Brexit’ 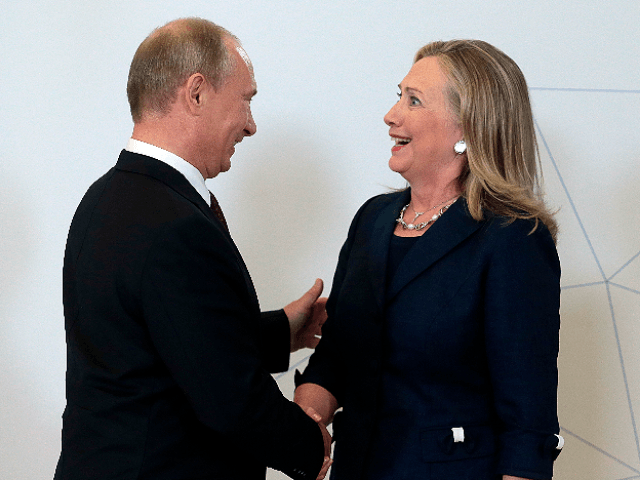 Failed U.S. presidential candidate Hillary Clinton has claimed that Russian interference in the U.S. election in 2016 is now “beyond a doubt” and that the country was likely involved in the Brexit vote, too.

Mrs Clinton, who was First Lady during Bill Clinton’s presidency and U.S. Secretary of State for part of Barack Obama’s presidency, made the allegations during a Chatham House conversation with former Foreign and Commonwealth Secretary and Tory leader William Hague, chaired by fellow ex-foreign secretary Jeremy Hunt MP.

The two notionally conservative Britons adopted a sycophantic posture, with Hague, who now sits in the House of Lords as Baron Hague of Richmond, having been created a life peer on the advice of David Cameron, describing himself as a “great admirer” and “such a fan” of the U.S. Democrat.

“Let’s plunge in… to this vast subject of the future of liberal democracies… because since you and I were in office the Arab Spring has turned to dust in most respects, Russia has become more authoritarian, China has turned in an even more totalitarian direction, global surveys have shown youth satisfaction with democracy in decline, the U.S. Capitol itself has been stormed by a mob refusing the accept the result of an entirely fair election,” Hague began, asking Mrs Clinton: “Are we in a crisis of democracy, if not, what would a crisis look like?”

“I do think we’re in a crisis of democracy,” she replied, warming to the theme of “foreign interference” after Hague suggested that she had “been on the receiving end of that, perhaps more than anyone else in the world,” citing Russian activity in the context of her failed run for the U.S. presidency in 2016.

“Russia is the primary adversary when it comes to interfering in elections and democracy more broadly,” Mrs Clinton agreed, alleging that Russian interference “has now been proven beyond a doubt in our election in 2016, but in the continuing efforts to interfere even in the 2020 election, particularly the lead up to it — but I think there was also significant evidence of Russian involvement, if not influence or interference in Brexit.”

“Leaders must be willing to stand up to and speak out against Russian interference, or frankly interference from any foreign power — but let’s focus on Russia,” she added.

Lord Hague, who posed as a strong eurosceptic during his time as Tory leader in the late ’90s and early ’00s but campaigned against Brexit when a referendum on Britain’s membership of the EU was finally granted in 2016, said nothing to challenge Mrs Clinton’s assertion’s concerning Russian interference, despite an extensive parliamentary investigation to possible Russian involvement in Brexit turning up very little of substance.

Mrs Clinton went on to accuse Donald Trump of telling people to drink bleach and lambast social media firm for failing to better control the sort of things people can say online, prompting Hague to ask if it might not be time to introduce quite extensive regulation of the public conversation, for example through reforms requiring tech firms to “give greater weight to quality news items, however those are judged” in their algorithms.

“Or does there need to be something more fundamental?” he asked, rather leadingly.

“Is the addictive echo chamber model of social media so flawed that nations will have to bring in, maybe even with global agreements, some pretty fundamental change to the way this works?”

Mrs Clinton agreed that “this is a train that is out of control” and that she hoped to see the U.S. Congress bring forward proposals.

The American concluded by suggesting that political leaders need to avoid populism and take a somewhat firmer line with the public, with reference to the COVID-19 pandemic: “It’s clear that a science-based approach has helped to rein in the pandemic, and I think this is a great time for leaders to be able to say, again, ‘You know what, it’s not easy asking you to wear a mask, and be socially distance — I know it’s hard, but it’s the only way that we know of to break it, and now you’ve gotta get a vaccine’… and try to rebuild, again, you know, that fact-based trust that is necessary.” 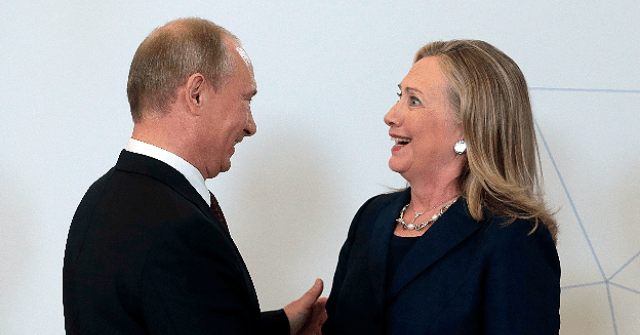 Hillary: 'Russian Involvement, If Not Influence or Interference, In Brexit'

Hillary Clinton has claimed Russian interference in the U.S. election in 2016 is "beyond a doubt" and it was likely involved in Brexit, too.

I stopped reading at the word Hillary…