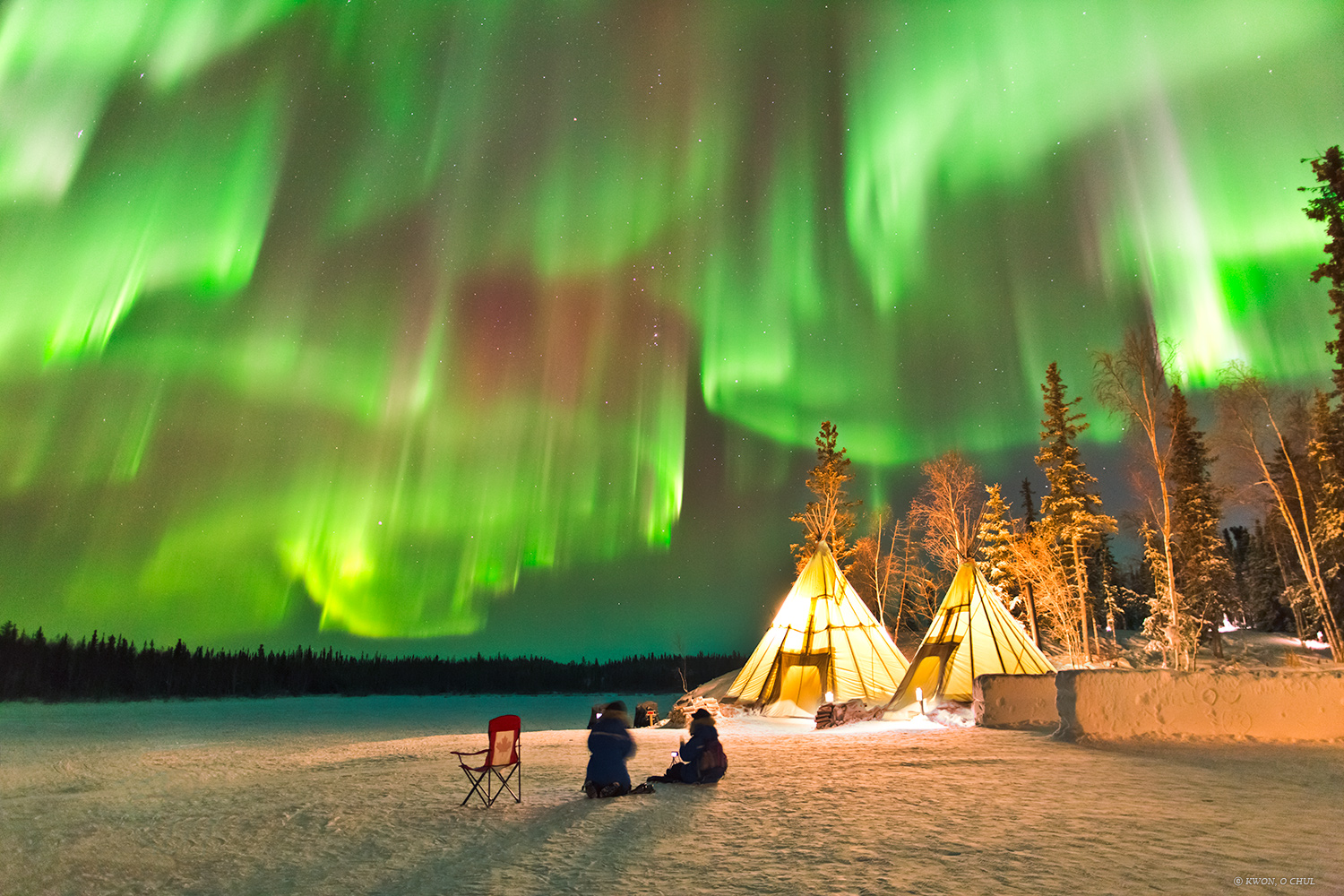 Explanation: Gusting solar winds and blasts of charged particles from the Sun resulted in several rewarding nights of auroras back in 2014 December, near the peak of the last 11-year solar cycle. The featured image captured dramatic auroras stretching across a sky near the town of Yellowknife in northern Canada. The auroras were so bright that they not only inspired awe, but were easily visible on an image exposure of only 1.3 seconds. A video taken concurrently shows the dancing sky lights evolving in real time as tourists, many there just to see auroras, respond with cheers. The conical dwellings on the image right are tipis, while far in the background, near the image center, is the constellation of Orion. Auroras may increase again over the next few years as our Sun again approaches solar maximum.