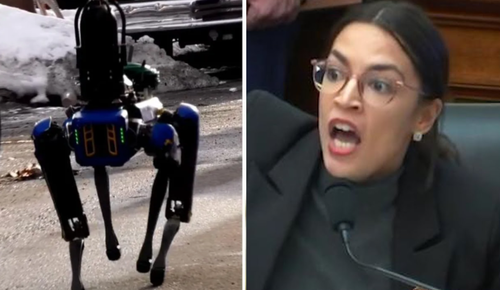 AOC quoted an NYPost article titled “Video shows NYPD’s new robotic dog in action in the Bronx,” where she was not fond of the “robotic surveillance ground drones that are being deployed for testing on low-income communities of color with under-resourced schools.” @AOC
Shout out to everyone who fought against community advocates who demanded these resources go to investments like school counseling instead. Now robotic surveillance ground drones are being deployed for testing on low-income communities of color with under-resourced schools 👍🏽 https://t.co/ZqKtnexctb

AOC, a Bronx Democrat, later tweeted that the money used for the robot’s purchase could have been allocated “for education, healthcare, housing” purposes.

@AOC
Please ask yourself: when was the last time you saw next-generation, world class technology for education, healthcare, housing, etc consistently prioritized for underserved communities like this?

For a couple of decades, police forces across the country have been militarized. Stepping into a new decade, police forces, like NYPD, are seeking to deploy automation and artificial intelligence systems to combat crime.

Digidog is like any Boston Dynamics Spot robot - though this one is equipped with lights, two-way communication, and video cameras.

The latest video shows the 70-pound robot being tested in the Bronx. The department also deployed the robotic dog back in October to a Brooklyn shooting. 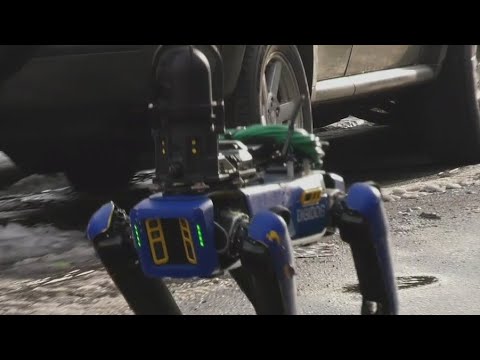 Social media was not enthused with NYPD’s actions to purchase a Boston Dynamics Spot.

One person tweeted: “destroy it at all costs. destroy every boston dynamics robot you see in the wild.”

Another said, “I’m sorry, but @BostonDynamics needs to ban these types of uses. Their tech should be used to enrich people’s lives and to help society, not oppress it. I absolutely love their work, but I will not shed a tear if every single one of these gets destroyed by citizens.”

We showed last week just how easy a weapon (though a paintball gun) could be mounted on one of these robots.

It’s only a matter of time before these robotic surveillance dogs are deployed to low-income neighborhoods across the US.

"destroy it at all costs."