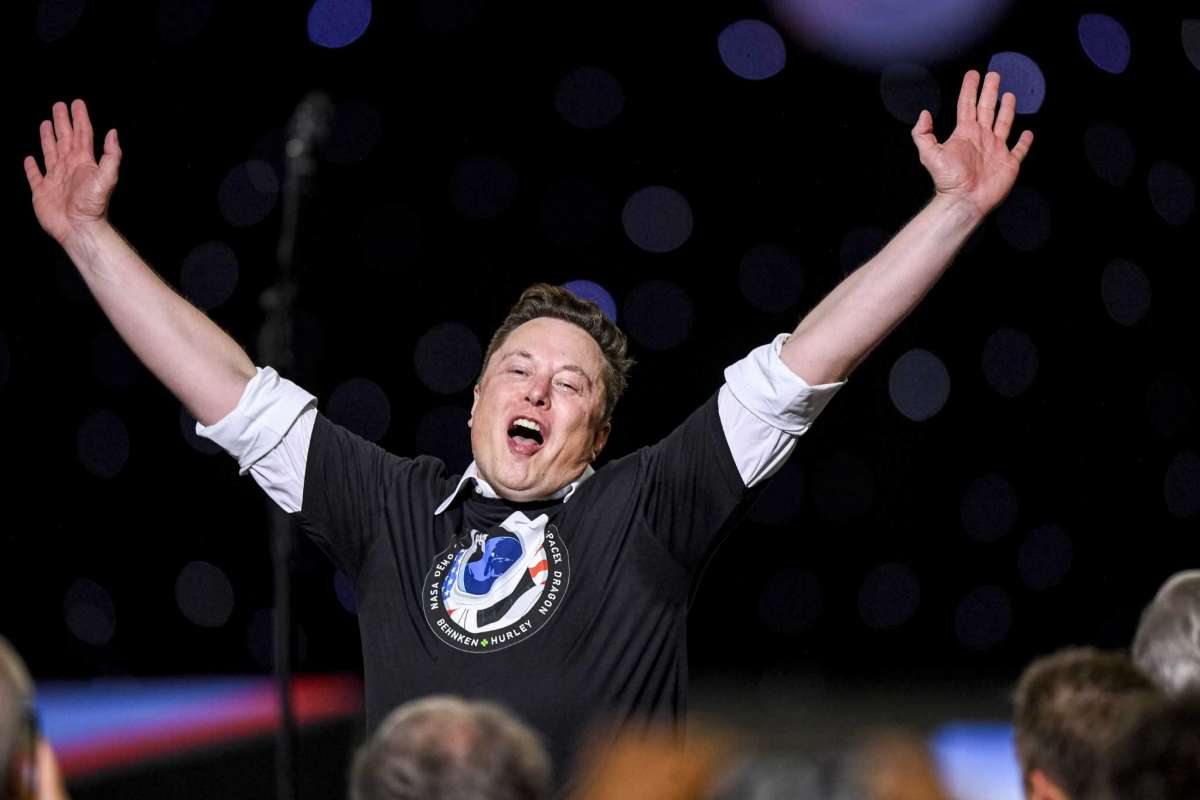 We all know that 2020 was a no-good, horrible, fearful, tumultuous year that will be remembered for the coronavirus pandemic and the polarizing election. But for space enthusiasts, it was actually quite a good year, providing bits of promising news amid the bleak headlines of disease, economic hardship and protests.

SpaceX launched astronauts to the International Space Station twice. NASA launched a rover to Mars and snagged a sample from an asteroid 200 million miles away.

2021 has potential for even more good news. Here’s just some of what could happen in the new year.

After two successful flights carrying astronauts to the International Space Station, SpaceX is set to do it again this year. Crew-2, its second fully operational mission, is scheduled to launch a quartet of astronauts from the Kennedy Space Center in Florida in the spring. Then, in the fall, the company is set to launch Crew-3.

Not since the space shuttle has NASA had routine flights to the space station from U.S. soil. If all goes well, SpaceX will become the shuttle’s successor, filling a major gap in America’s spaceflight program in a coming-of-age moment for what was once a spunky start-up.

Late in the year, SpaceX also is planning to fly a mission for Axiom Space, a Houston-based company that has purchased a trip to the International Space Station for a crew of four. Michael López-Alegría, a former NASA astronaut who now works for Axiom, would accompany three private citizens for the mission, among them Eytan Stibbe, an Israeli former fighter pilot. Axiom is expected to announce the other two tourists sometime in the future. 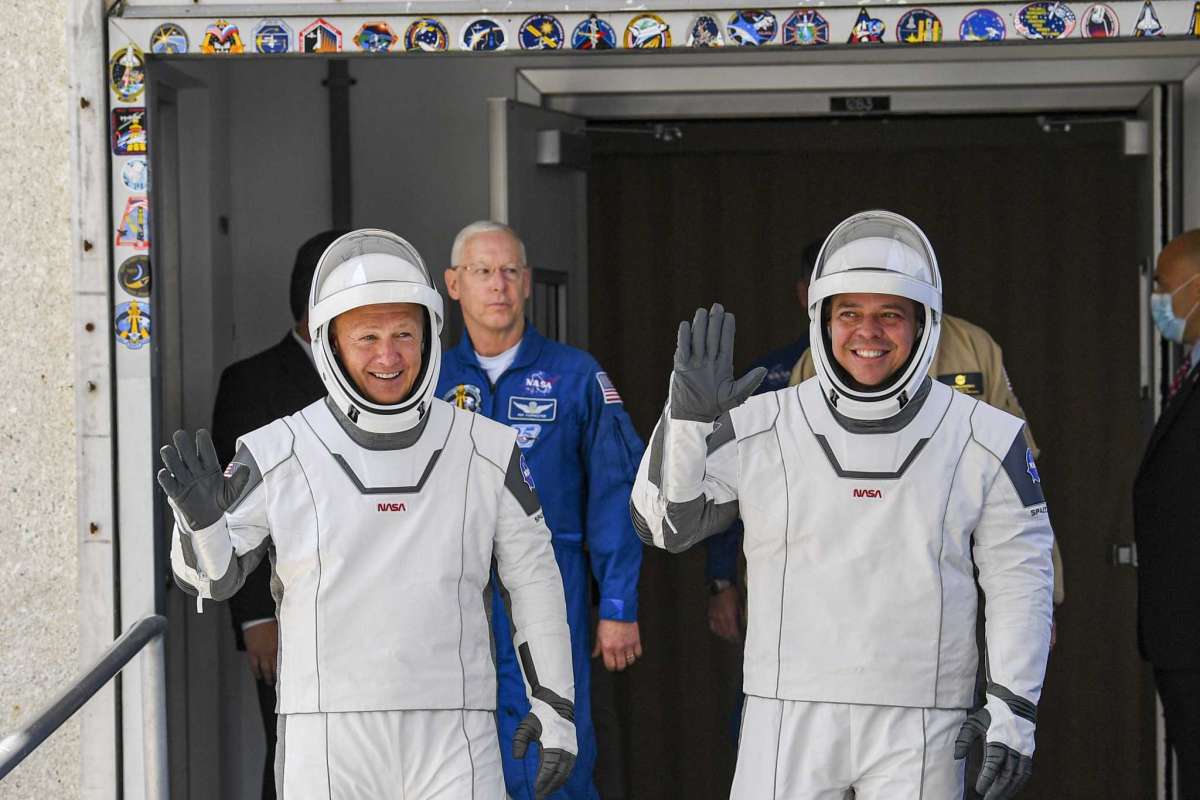 Flying humans on its Falcon 9 rocket and Dragon spacecraft is only part of what’s on tap for SpaceX. The company continues to test its Starship spacecraft, a next-generation vehicle that looks like a flying grain silo but, Musk hopes, will one day fly people to Mars.

NASA hopes it will be successful. The space agency is investing $135 million in Starship as part of its attempt to return astronauts to the moon. Musk, whose timelines are usually wildly ambitious, has said he hopes the spacecraft will be able to achieve orbit in 2021.

The company is also pressing ahead with another outrageously difficult project - a plan to flood Earth orbit with thousands of satellites that would beam Internet signals to ground stations, connecting rural areas to broadband.

In 2020, SpaceX took some major strides toward that goal and has already launched more than 16 batches of the satellites, allowing it to begin a pilot program. More are scheduled to be hoisted in 2021, marking SpaceX’s transformation from a purely rocket company to an Internet service provider after being awarded $886 million from the Federal Communications Commission for the endeavor.

Boeing spent much of 2020 working to fix the software on its Starliner spacecraft, which ran into trouble as soon as it reached space during an uncrewed test flight at the end of 2019.

It’s now working to redo the test mission - no astronauts on board - at the end of March.

Given its past problems, Boeing’s upcoming test flight has to be successful. The company holds a contract from NASA to fly its astronauts to the space station. But before the space agency will allow its astronauts on Boeing’s spacecraft, the company has to prove it can fly safely on its own. Another failure will do more damage to a company reeling from a string of failures, including the two fatal crashes of its 737 Max airplane that killed 346 people.

Boeing is well aware of this, which is why it’s been proceeding so deliberately. The mission patch for the flight, known as Orbital Flight Test-2 (OFT-2) has a special touch - the image of a fingerprint.

“It represents those who are in the factory each day building the spacecraft as well as those who have had a hand in designing, testing, coding and training so we can get OFT-2 right,” the company said in a statement. “At a macro level, the thumbprint represents how deeply personal this mission is to Boeing, as human spaceflight has been and always will be a part of our company’s DNA.” 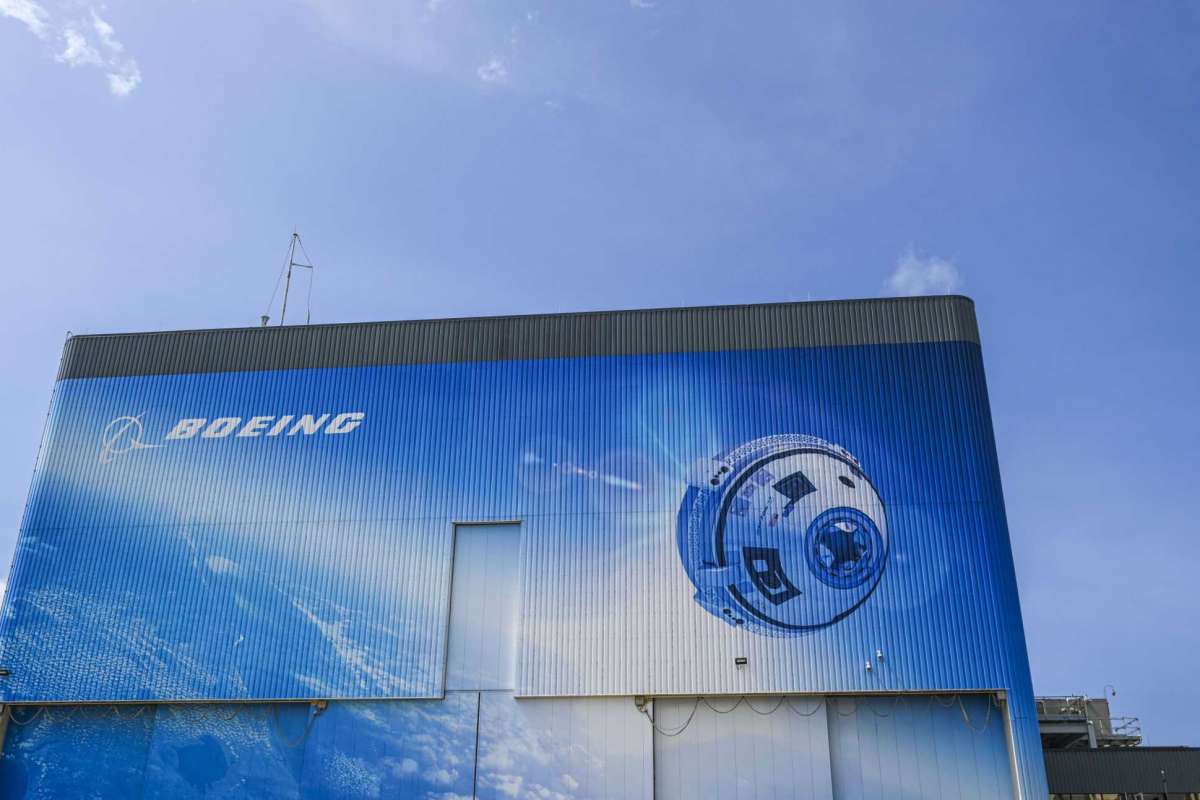 If all goes well, the company would move to the next step - flying a test mission with three NASA astronauts that could come by the end of the year.

The hallmark of the Trump administration’s space policy has been a return to the moon for the first time since the astronauts of Apollo 17 landed there in 1972. The White House directed NASA to speed up the timeline for a lunar landing to 2024, from 2028, and NASA Administrator Jim Bridenstine, a former member of Congress, lobbied his former colleagues hard for funding for the program, which has been dubbed Artemis.

Though Congress has approved $850 million for next year for the spacecraft that would land astronauts on the lunar surface, it’s well short of the $3.3 billion NASA said it needed to meet the 2024 deadline.

It’s not clear what the incoming Biden administration will do with the program. Most Democrats in the space community say new officials will keep the program but put it on a more realistic timeline.

The schedule will be driven by engineering and technology as much as politics, though. As of now, NASA’s Space Launch System rocket is supposed to launch the Orion spacecraft without astronauts on board by the end of 2021, in what would be the first flight of the Artemis program. If all goes well, Orion would orbit the moon, testing its systems before coming home.

It’s not clear, though, that the rocket will be ready. For years, it has suffered delay after delay, with billions of dollars in cost overruns. Government watchdogs have criticized Boeing, the prime contractor, for poor performance and NASA for lax oversight.

When it does fly, the SLS is certain to be a sight. The rocket would be the most powerful ever, with four RS-25 engines used by the space shuttle and two side solid rocket motor boosters taller than the Statue of Liberty. NASA and Boeing say they are getting close to flying, but the rocket still needs to pass the final parts of the testing campaign known as the “green run,” which would culminate with the firing of its engines while clamped down to the launchpad.

But given the problems, past and present, it’s far from certain that 2021 will be the year it finally takes off.

He’s crossed the Atlantic and the Pacific in hot-air balloons, once almost dying off the coast of Ireland, another time crashing in the Canadian Arctic instead of Southern California, the intended destination. He broke the record for the fastest time crossing the Atlantic in a boat and once got stranded in Algeria during an attempt to circle the globe in a balloon.

In 2021, at age 70, Richard Branson may face his most daunting adventure yet: a trip to the edge of space in his suborbital spaceplane. It’s been his quest since he founded Virgin Galactic in 2004, and after delays and setbacks the company is tantalizingly close to flying paying passengers.

Its sporty spaceplane has made it to space twice, once with a pair of pilots, then again with an additional crew member. In December, the company aborted a test flight after its onboard computer that monitors the rocket engines lost connection.

Virgin Galactic now says it will repeat that test flight, then fly another, and then it will finally be Branson’s turn. If all goes well, Virgin Galactic would then turn its attention to flying the hundreds of people who have paid as much as $250,000 for a trip to space.

Branson has another venture that may reach a significant milestone in 2021. In January, Virgin Orbit, its rocket company, is planning another test flight of its LauncherOne rocket after a failed test a few months ago when the main engine shut down prematurely.

Like Virgin Galactic’s spaceship, the rocket is tethered to a mother ship, in this case a 747, that takes it to an altitude of some 40,000 feet. There, the rocket is released, fires its engine and zooms through the atmosphere.

VirginOrbit is one of a host of small rocket companies that could reach orbit in 2021. Relativity Space, which 3-D prints its rockets, is planning a launch, as is Astra, which nearly missed orbit from its launch site in Alaska. Rocket Lab, which launches out of New Zealand, is planning a flight from its pad on Wallops Island, on Virginia’s Eastern Shore, as well.

Bezos was 5 years old when he watched Neil Armstrong and Buzz Aldrin walk on the moon in what he has said was a “seminal moment” for him, touching off a lifelong passion for space. He has said Blue Origin, his space company, is “the most important work I’m doing.” 2021 could be a breakout year for the company, which was founded 20 years ago.

Blue Origin is planning its first flight with humans on board its New Shepard spacecraft in the coming year. Like Virgin Galactic’s SpaceShipTwo, it’s designed to travel to the edge of space and back - not to orbit. But unlike Virgin, it has not yet opened up sales or announced ticket prices.

It also hopes to fly for the first time in 2021 its New Glenn rocket, a massive vehicle powered by seven BE-4 engines. Earlier this year, NASA announced that the rocket would be eligible to bid for launch contracts, a vote of confidence for the company.

The BE-4 would also power the new rocket being designed by the United Launch Alliance, a joint venture of Boeing and Lockheed Martin. Vulcan Centaur, as it is called, is scheduled to fly toward the end of the year, Tory Bruno, ULA’s chief executive, told reporters recently.

On Feb. 18, NASA once again will try to pull off the daring feat of landing a spacecraft on Mars, when the Perseverance rover is set to touch down.

The rover would explore the Jezero crater near the Mars equator where a lake once existed. That is the ideal place to search for signs of ancient microbial life, scientists say. The rover will collect rocks and soil samples that would one day be returned to Earth.

NASA has also included a drone helicopter called Ingenuity on the mission, in a test of whether it can fly in the thin Martian atmosphere, 99 percent less dense than Earth’s.

“The Wright Brothers showed that powered flight in Earth’s atmosphere was possible, using an experimental aircraft,” said Håvard Grip, Ingenuity’s chief pilot at NASA’s Jet Propulsion Laboratory in Southern California. “With Ingenuity, we’re trying to do the same for Mars.”

Finally, NASA’s James Webb telescope is scheduled to launch in October after years of struggles and cost overruns that pushed the program’s price tag to nearly $10 billion.

Once in space, the telescope would be able to look back in time to see the oldest light in the universe, the formation of galaxies and planets beyond our solar system.

“Webb is the world’s most complex space observatory and our top science priority, and we’ve worked hard to keep progress moving during the pandemic,” Thomas Zurbuchen, associate administrator for NASA’s Science Mission Directorate, said this year. We all know that 2020 was a no-good, horrible, fearful, tumultuous year that will be...