Nina Jankowicz, the would-be “disinformation czar” who was dropped from the Department of Homeland Security after public scrutiny, has now registered officially as a foreign agent, according to government records.

Nina Jankowicz, who sang Mary Poppins on TikTok and was going to be in charge of monitoring disinformation and censoring US citizens, has now registered as a foreign agent. https://efile.fara.gov/docs/7192-Exhibit-AB-20221118-1.pdf pic.twitter.com/h8aDgn4GJV

Jankowicz, who was executive director of the Department of Homeland Security’s Disinformation Governance Board, was at the center of controversy over the Biden administration’s attempt to censor opposing views.

She also advised the British Parliament to set standards for speech on the Internet, telling it that the British government could find ways to suppress undesirable speech, ignoring “freedom of expression and fairy dust.”

Jankowicz also became infamous for her enthusiasm for musical theater as a means of expressing her left-wing political ideas. She also referred to herself as the “Mary Poppins of disinformation” in a singsong TikTok post.

However, Jankowicz was herself a font of disinformation, spreading the notorious “Alfa Bank hoax” before the 2016 election, which falsely claimed that then-candidate Donald Trump had financial ties to a Russian bank.

She has now registered as a foreign representative under the Foreign Agents Registration Act (FARA), on behalf of the Centre for Information Resilience, a British organization devoted to countering disinformation online.

We are delighted to announce disinformation expert Nina Jankowicz (@wiczipedia) has joined CIR.

Nina will help lead our efforts in countering hostile state efforts to distort the information space.

One critic of the group, which was only incorporated in 2020, noted its focus on censorship and wondered openly if it is “a British government cutout, conducting info-war operations at arm’s length from the state.” 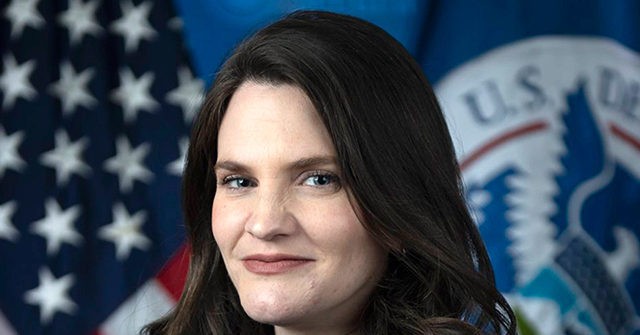 Nina Jankowicz, the would-be "disinformation czar," has now registered officially as a foreign agent, according to government records.