Misdemeanor charges were tossed Tuesday against Amy Cooper — the “Central Park Karen’’ who falsely accused a black birdwatcher of “threatening” her — after she completed a handful of therapy sessions.

Cooper had faced up to a year in prison on the charge of falsely reporting an incident in the third degree.

Cooper, who is white, was accused of lying to cops that “an African American man,” Christian Cooper, was threatening her and her pooch — in an incident caught on cell-phone video in May.

Christian, who is no relation to Amy, was telling the woman to leash her dog, as per park rules, at the time.

“Psychoeducation about racial equity is woven into each therapy session to prompt understanding and reflection,” Illuzzi-Orbon told the judge of Amy Cooper’s time with the Critical Therapy Center in Manhattan.

“Ms. Cooper’s therapist reported that it was a moving experience and that Ms. Cooper learned a lot in their sessions together,’’ the ADA said.

Amy Cooper, asked by the judge if she wanted to speak, replied, “No, your Honor.”

Her lawyer also declined to talk, saying he agreed with the prosecutors’ assessment.

Christian Cooper had refused to cooperate in the prosecution, saying Amy Cooper “already paid a steep price” following global outrage over the incident.

Silvia Dutchevici, founder and president of the Critical Therapy Center, told The Post on Tuesday that generally, therapy as described in Amy Cooper’s case is not part of “a program in the traditional sense.”

For example, “you don’t attend a class with other people,” Dutchevici said.

“It’s actually individualized psychotherapy sessions. …The sessions are tailored to each individual person based on the issues they need to work on.

Amy Cooper was charged in the on-camera incident in May, which showed her calling 911 on black birdwatcher Christian Cooper.

“Let’s use this as an example: If someone has issues with racism or sexism or homophobia or so forth, we actually do a critical inquiry into the person’s beliefs and what brought them to that place. It’s the personal meets the political,” she said.

The director, asked whether clients have to talk to those they wronged as part of the therapy, said, “Ideally, that would be great.”

“But it’s up to the person who was wronged,” she said. “If you were the victim, you would decide what you would like the healing process to look like.”

Dutchevici, while declining to comment on Amy Cooper’s case, said the center has gotten referrals for therapy from city prosecutors before.

Illuzzi-Orbon said in court that the diversion program Amy Cooper completed with Manhattan Justice Opportunities was a punishment that was “consistent” with other misdemeanor cases.

Noting “Ms. Cooper’s lack of criminal background,’’ the ADA said, “We offered her, consistent with our position on many misdemeanor cases involving a first arrest, an alternative, restorative justice resolution; designed not just to punish but to educate and promote community healing.” 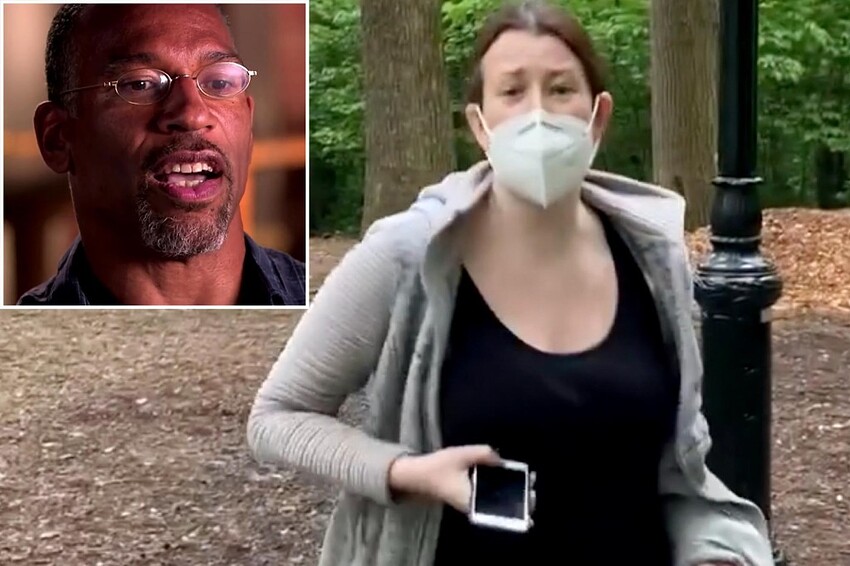 This is bullshit. False reporting should be punished harshly, mainly because it has to be pretty egregious to actually be proven. She should have also been charged for violating the leash laws because had she had her dog leashed the incident wouldn’t have even happened.

“But it’s up to the person who was wronged,” she said. “If you were the victim, you would decide what you would like the healing process to look like.”

No, the victim has Civil Court to seek personal redress.

(btw, Thanks for the comment, I’ve been trying to catch the ‘Great Throbbing Orange Bar of Notifications’ all frikkin day.)

Well, when you jog naked it tends to be harder to catch…