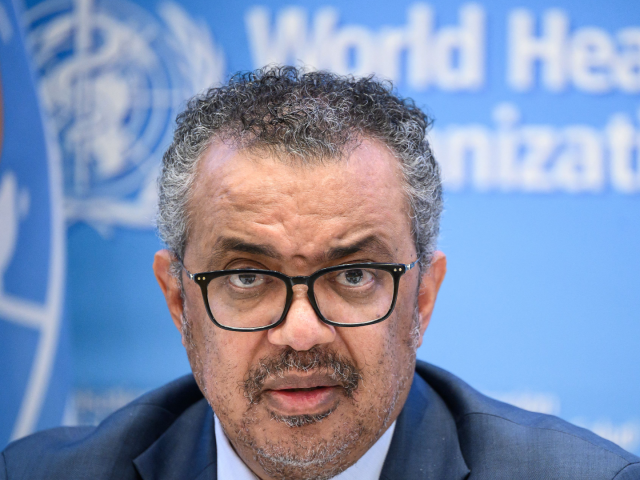 The World Health Organization (WHO) has admitted that the very lockdown policies it advocated for have been instrumental in a drastic increase in mental health issues on a global scale.

In a report published on Friday, the World Health Organization claimed that anxiety and depression rose globally by a staggering 25 per cent in the first year of Chinese coronavirus lockdowns, alone. As a result, the report estimated that over one billion people worldwide are now suffering from mental health issues.

“Restrictions imposed during the COVID-19 pandemic for example had significant mental health consequences for many, including stress, anxiety or depression stemming from social isolation, disconnectedness and uncertainty about the future,” the W.H.O. stated.

The W.H.O. not only was instrumental in spreading Communist Chinese propaganda about the ability of the coronavirus to spread from human to human but was also a keen supporter of lockdown policies in response to the virus, which were inspired by Beijing’s draconian reaction to the Wuhan virus.

The Marxist chief of the W.H.O., Tedros Adhanom Ghebreyesus, who came to power — despite never working as a medical doctor — with the backing of Beijing, was an early and outspoken advocate of lockdowns and warned against lifting restrictions too soon, despite warnings from critics of the mental health implications.

The report found that child sexual abuse and bullying were chief contributors to the rise in depression, with younger age groups being particularly impacted by lockdown policies.

“Globally there was also a greater change in prevalence among younger age groups than older ones, potentially reflecting the deep impact of school closures and social restrictions on youth mental health,” the W.H.O. report said.

“For some children and adolescents, being made to stay at home is likely to have increased the risk of family stress or abuse, which are known risk factors for mental health problems,” it added.

The mental health issues facing children during lockdowns have been longstanding. A report from leading British UK universities in July of last year found that nearly five times as many children died of suicide compared to the virus during the first year of lockdowns.

“The risk of removal of [children and young people] from their normal activities across education and social events may prove a greater risk than that of SARS-CoV-2 itself,” the study claimed.

Other mental health specialists have warned that children have increasingly begun experiencing “locked-in trauma”, in which they find it hard to make friends, interact with others, and even experience anxiety over playing with other children.

Upon the release of the report, the World Health Organization called for an increase in funding for mental health issues across the board.

The globalist institution also highlighted the disparity between wealthier and impoverished nations, reporting that 70 per cent of those suffering from psychosis in high-income countries receive treatment, compared to just 12 per cent for lower-income nations.

In a press conference on Friday, Mark van Ommeren of the W.H.O.’s mental health unit said that “suffering is enormous across the world.”

The World Health Organization admitted that the very lockdown policies it advocated for have resulted in a rise of mental health issues.