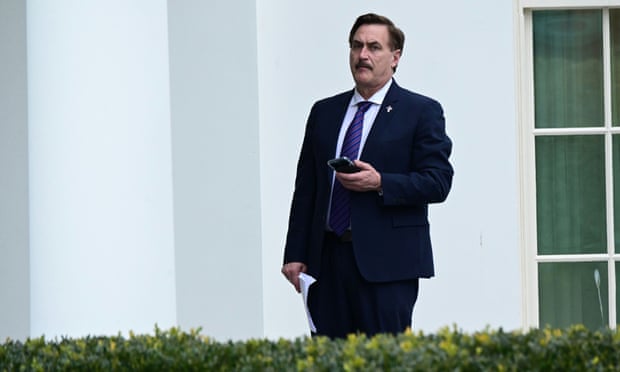 My Pillow founder and Trump supporter Mike Lindell was photographed entering the West Wing of the White House on Friday, carrying notes which seemed to advocate the imposition of martial law.

Donald Trump will be replaced as president in five days’ time, by Joe Biden. Trump continues to baselessly claim his election defeat by the Democrat was the result of electoral fraud.

The president has now said he disavows the violence he incited at the US Capitol last week when he urged a mob of his supporters to march on the building. The resulting deadly attack on the Capitol led to his second impeachment.

Amid proliferating reports of plots to kidnap and kill lawmakers, and with further demonstrations by Trump supporters reportedly planned around inauguration day, Trump remains at the White House unable to use social media and apparently estranged from many of his closest advisers.

Lindell has risen to prominence among allies urging the president on in his attempts to deny reality. On his Facebook page on Friday, the mustachioed seller of sleep aids wrote: “Keep the faith everyone! We will have our president Donald Trump 4 more years!’

Later a Washington Post photographer caught images of Lindell in which parts of notes he carried were visible. Among visible text were the words “Insurrection Act now as a result of the assault on the”, “martial law if necessary” and “Move Kash Patel to CIA Acting”.

The notes also referred to Sidney Powell, an attorney and conspiracy theorist involved in Trump campaign lawsuits meant to overturn election results in battleground states, almost all of which have been unsuccessful.

@jabinbotsford
@MyPillowUSA CEO Michael Lindell shows off his notes before going into the West Wing at the White House on Friday, Jan 15, 2021 in Washington, DC.

The notes seemed to advocate naming an attorney named Colon, described as “up to speed on election issues” and seemingly based at “Fort Mead”, to a national security role. A current LinkedIn page indicates that a Frank Colon is currently senior attorney-cyber operations for the 780th Military Intelligence Brigade, based at Fort Meade, Maryland.

Trump allies, among them the political dirty trickster Roger Stone, have previously advocated the imposition of martial law in the event of electoral defeat.

Kash Patel is a Trump loyalist who after the election was moved to the Department of Defense, where he has been accused of obstructing the transition to Biden.

The White House pool reporter said Lindell refused to answer questions about his visit on Friday.

Earlier, apparently in error, Trump’s lawyer Rudy Giuliani tweeted a message in which he claimed to be “working with the FBI to expose and place total blame on John and the 226 members of antifa that instigated the Capitol ‘riot’”.

It was not clear which “John” Giuliani meant. The FBI has rubbished Republican claims that leftwing groups, collectively known as “antifa”, were to blame for the attack on the Capitol. Giuliani himself addressed Trump supporters before the riot, telling them he wanted “trial by combat”.

The message Giuliani tweeted ended: “I can see what I can do with Kash, I wish I had.”

CNN’s chief White House correspondent, Jim Acosta, said he had spoken with Lindell, who confirmed he had met briefly with Trump and was told to give his documents to White House aides. “Lindell also claimed the phrase ‘martial law’ did not appear on the document despite photos,” Acosta tweeted. 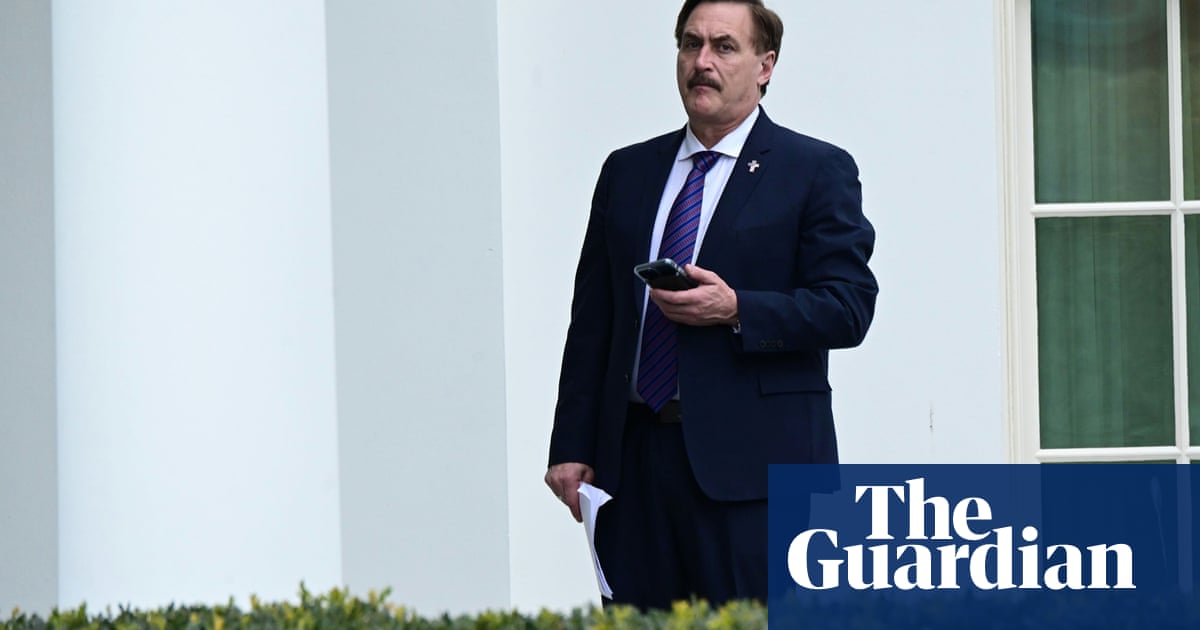