In response, Psaki dodged addressing the study directly, but then pivoted to claiming that the Biden administration had never pushed lockdowns.

“We are not pushing lockdowns,” she insisted.

“We’ve not been pro-lockdown - most of the lockdowns actually happened under the previous President.”

@ElAmerican_
🚨 #BREAKING: | Press Secretary Psaki responds to Johns Hopkins Study that says lockdowns had little to no effect on curving Covid mortality. “We are not pushing lockdowns, we’ve not been pro-lockdown — most of the lockdowns actually happened under the previous President. https://t.co/iOKAFciOwX”

We have now reached the point in the media and political narrative where the party of lockdowns realizes lockdowns are increasingly unpopular and so now claims it never supported lockdowns at all.

But how can Psaki get away with saying this?

We all know that Joe Biden has always supported lockdowns. Well, that’s not quite it, and she’s not completely wrong. By the time Biden was actually sworn in as president, he had already stopped pushing for lockdowns as a continued anticovid option.

On the other hand, it is certainly true that as late as early November 2020, high-ranking Biden advisors were still holding up lockdowns as a possibility that fall and winter. For example, on November 11, 2020, Dr. Michael Osterholm, a member of Biden’s Covid-19 Advisory Board, suggested the country might require a “lockdown for 4 to 6 weeks” and recommended the US government spend additional trillions to “pay for a package right now to cover all of the lost wages for individual workers.”

Osterholm also referenced an August 2020 column he cowrote with Minneapolis Fed president Neel Kashkari in which the authors concluded, “To be effective, the lockdown has to be as comprehensive and strict as possible.”

For his part, Biden was keeping lockdowns very much on the table at least as late as August 2020 .

Biden declared in a joint interview with Kamala Harris that if covid numbers increased again “I would shut it down. I would listen to the scientists…. We’re going to do whatever it takes to save lives.” 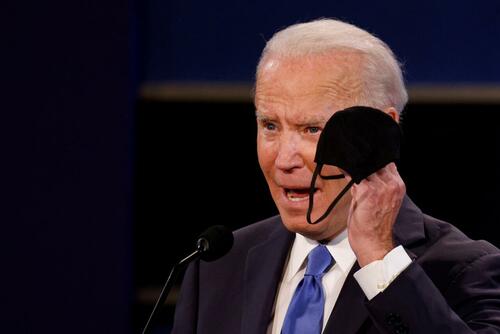 By November, however, the administration appears to have shifted to a policy of using lockdowns more as a threat than as a likely plan of action. This position was also reflected in the comments of Zeke Emanuel, a long-time supporter of draconian lockdowns who also remained a Biden advisor in November. Earlier in 2020, Emanuel had advocated for long-term lockdowns, suggesting lockdowns would need to last for eighteen months or more. Yet by November, he instead insisted that whether or not the additional lockdowns would take place would depend “on what we do now.”

In other words, if enough people wore masks and get vaccinated, then the administration wouldn’t be “forced” to push for full lockdowns again. This position was already stated quite clearly by Anthony Fauci in August, when he told an audience:

I believe strongly and I’ll say it very clearly: We do not have to completely lock down if we do things right. And if we do these things right I believe we can open up the economy, get the employment back, get people out of the doldrums of being locked down—if we do it prudently, carefully, and the way the guidelines say.

For Fauci, you don’t need lockdowns if—and that’s a key “if”—everyone does exactly what Fauci tells them to. In any case, Fauci still wasn’t giving up on lockdowns into late November, stating it was “too early to say” if lockdowns could be ruled out.

In spite of this, by November 19—facing a tough election battle—the administration was openly saying it was not planning on trying to implement lockdowns again but with the subtext being that this was contingent on enough of the population getting vaccinated

Indeed, in her own disavowal of lockdowns this past Friday, Psaki pushes this very line of reasoning stating that the “president’s approach has been using the tools we have to prevent [lockdowns].” Translation: So long as vaccines and mask wearing work, lockdowns won’t be necessary. Nowhere in those words, however, is there an admission that lockdowns do more harm than good or that they are unacceptable.

No, it appears the administration can have it both ways. It will say it isn’t for lockdowns while simultaneously insisting that lockdowns could be triggered by not “using the tools” that “prevent” lockdowns.

So, Psaki is correct that once Biden had been inaugurated into the White House, there was no general drive from administration officials for lockdowns. The focus had shifted to masks and vaccines.

Today, this fact allows the administration to claim that lockdowns are mostly something that “happened under the previous president.”

Indeed, Donald Trump did little to prevent lockdowns and did much to provide political cover for state governors wishing to impose lockdowns. It was on Trump’s watch that the Centers for Disease Control and Prevention (CDC) pushed heavily for lockdowns. Trump gave a daily nationwide platform to prolockdown technocrats like Fauci and Deborah Birx. Trump claimed to disagree with these bureaucrats—whom he could have easily fired—but Trump was either too craven or too incompetent to intervene. Instead, dozens of state governors imposed lockdowns on their populations, helped by the fact they could simply say they were following guidelines put out by Trump’s CDC.

Thanks to Trump’s weakness, Psaki is right that lockdowns are something we can all remember from the Trump era.

Legally, of course, it’s unlikely any administration—whether Trump’s or Biden’s—could actually get away for long with directly imposing any sort of nationwide lockdown if it wanted to. The federal courts have already sent a pretty clear message that police actions like lockdowns are prerogatives of the states’ governments.

Moreover, with gubernatorial races in thirty-six states this November, only candidates in the absolutely bluest blue states would even consider telling the voters “as governor I am poised to impose new lockdowns at the first sign of crowded hospitals. Eight weeks to flatten the curve!” That might still work in Europe or China, but it’s hard to see much support from American voters at this point.

But as we’ve seen, we shouldn’t expect those who supported lockdowns to admit states with lockdowns showed no better results than states that barely locked down at all.

Rather, the lockdown party will just split hairs to show they never really pushed lockdowns at all or that “the science changed.” 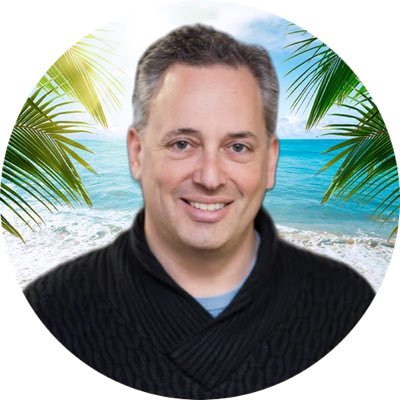 "The science has changed." @DrLeanaWen explains why she supports lifting some pandemic restrictions and thinks the decision to wear a mask should shift from a government mandate to an individual choice. pic.twitter.com/vaiybBBF2b

Instead, these people will move on to pushing their new version of lockdownism: vaccine passports and pariah status for the disobedient.

Whether they worked or not, lockdowns have clearly fallen out of favor so much that the Biden administration won’t even admit to supporting the idea. That’s a victory for friends of freedom and human rights. The next stop is to strike a similar blow against vaccine mandates. 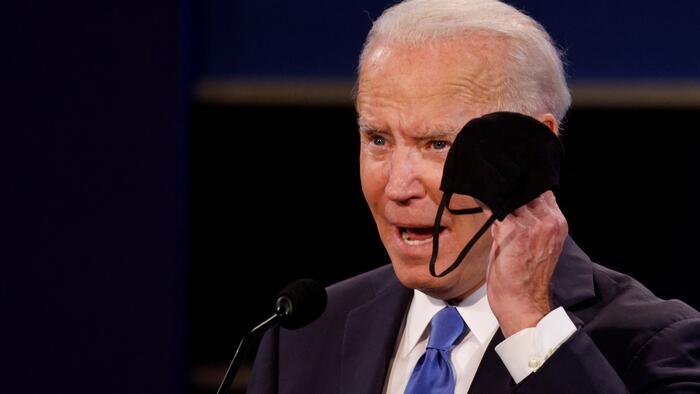 “We’ve not been pro-lockdown - most of the lockdowns actually happened under the previous President.”

Midterms are not looking good for Democrats, their panicked and trying to cancel Rogan has not been the distraction they were hoping for
If things keep going the way it looks we might have “peaceful protests” by latte summer