The Night I Met Einstein

This Reader’s Digest Classic of “My Most Unforgettable Character” offers a lesson in life—and music—from the most brilliant mind in the world. 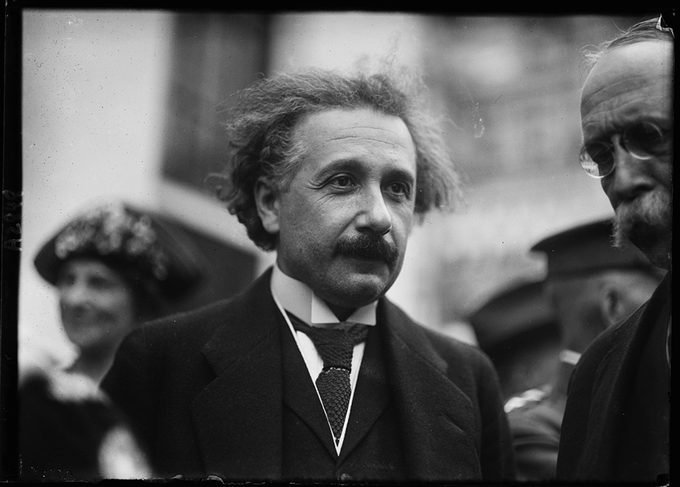 When I was a very young man, just beginning to make my way, I was invited to dine at the home of a distinguished New York philanthropist. After dinner, our hostess led us to an enormous drawing room. Other guests were pouring in, and my eyes beheld two unnerving sights: Servants were arranging small gilt chairs in long, neat rows; and up front, leaning against the wall, were musical instruments.

Apparently I was in for an evening of chamber music.

I use the phrase “in for” because music meant nothing to me. I am almost tone deaf—only with great effort can I carry the simplest tune, and serious music was to me no more than an arrangement of noises. So I did what I always did when trapped: I sat down, and when the music started, I fixed my face in what I hoped was an expression of intelligent appreciation, closed my ears from the inside, and submerged myself in my own completely irrelevant thoughts.

After a while, becoming aware that the people around me were applauding, I concluded it was safe to unplug my ears. At once I heard a gentle but surprisingly penetrating voice on my right: “You are fond of Bach?”

I knew as much about Bach as I know about nuclear fission. But I did know one of the most famous faces in the world, with the renowned shock of untidy white hair and the ever-present pipe between the teeth. I was sitting next to Albert Einstein.

“Well,” I said uncomfortably and hesitated. I had been asked a casual question. All I had to do was be equally casual in my reply. But I could see from the look in my neighbor’s extraordinary eyes that their owner was not merely going through the perfunctory duties of elementary politeness. Regardless of what value I placed on my part in the verbal exchange, to this man his part in it mattered very much. Above all, I could feel that this was a man to whom you did not tell a lie, however small.

“I don’t know anything about Bach,” I said awkwardly. “I’ve never heard any of his music.”

A look of perplexed astonishment washed across Einstein’s mobile face.

“You have never heard Bach?” 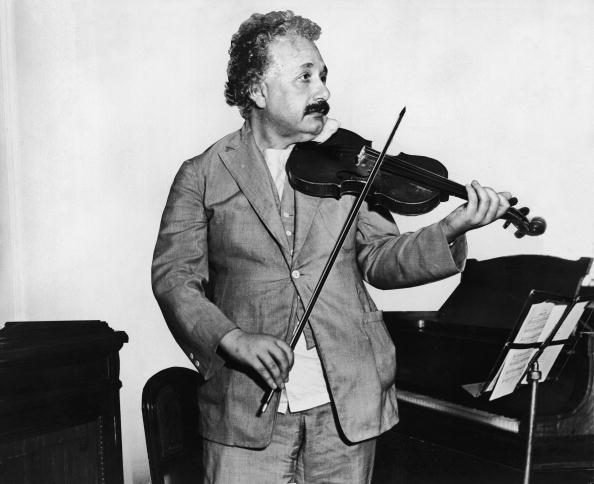 He made it sound as though I had said I’d never taken a bath.

“It isn’t that I don’t want to like Bach,” I replied hastily. “It’s just that I’m tone deaf, or almost tone deaf, and I’ve never really heard anybody’s music.”

A look of concern came into the old man’s face. “Please,” he said abruptly. “You will come with me?”

He stood up and took my arm. I stood up. As he led me across that crowded room, I kept my embarrassed glance fixed on the carpet. A rising murmur of puzzled speculation followed us out into the hall. Einstein paid no attention to it.

Resolutely, he led me upstairs. He obviously knew the house well. On the floor above, he opened the door into a book-lined study, drew me in, and shut the door.

“Now,” he said with a small, troubled smile. “You will tell me, please, how long you have felt this way about music?”

“All my life,” I said, feeling awful. “I wish you would go back downstairs and listen, Dr. Einstein. The fact that I don’t enjoy it doesn’t matter.”

Einstein shook his head and scowled, as though I had introduced an irrelevance.

“Tell me, please,” he said. “Is there any kind of music that you do like?”

“Well,” I answered, “I like songs that have words, and the kind of music where I can follow the tune.”

He smiled and nodded, obviously pleased. “You can give me an example, perhaps?”

“Well,” I ventured, “almost anything by Bing Crosby.”

He went to a corner of the room, opened a phonograph, and started pulling out records. I watched him uneasily. At last, he beamed. “Ah!” he said.

He put the record on, and in a moment, the study was filled with the relaxed, lilting strains of Bing Crosby’s “When the Blue of the Night Meets the Gold of the Day.” Einstein beamed at me and kept time with the stem of his pipe. After three or four phrases, he stopped the phonograph.

The simplest answer seemed to be to sing the lines. I did just that, trying desperately to stay in tune and keep my voice from cracking. The expression on Einstein’s face was like the sunrise.

“You see!” he cried with delight when I finished. “You do have an ear!”

I mumbled something about this being one of my favorite songs, something I had heard hundreds of times so that it didn’t really prove anything.

“Nonsense!” said Einstein. “It proves everything! Do you remember your first arithmetic lesson in school? Suppose, at your very first contact with numbers, your teacher had ordered you to work out a problem in, say, long division or fractions. Could you have done so?”

The pipe stem went up and out in another wave.

“But on your first day, no teacher would be so foolish. He would start you with elementary things—then, when you had acquired skill with the simplest problems, he would lead you up to long division and to fractions.

“So it is with music.” Einstein picked up the Bing Crosby record. “This simple, charming little song is like simple addition or subtraction. You have mastered it. Now we go on to something more complicated.”

He found another record and set it going. The golden voice of John McCormack singing “The Trumpeter” filled the room. After a few lines, Einstein stopped the record.

I did—with a good deal of self-consciousness but with, for me, a surprising degree of accuracy.

Einstein stared at me with a look on his face that I had seen only once before in my life: on the face of my father as he listened to me deliver the valedictory address at my high school graduation ceremony.

“Excellent!” Einstein remarked when I finished. “Wonderful! Now this!”

“This” turned out to be Caruso in what was to me a completely unrecognizable fragment from Cavalleria Rusticana, a one-act opera. Nevertheless, I managed to reproduce an approximation of the sounds the famous tenor had made. Einstein beamed his approval.

Caruso was followed by at least a dozen others. I could not shake my feeling of awe over the way this great man, into whose company I had been thrown by chance, was completely preoccupied by what we were doing, as though I were his sole concern.

We came at last to recordings of music without words, which I was instructed to reproduce by humming. When I reached for a high note, Einstein’s mouth opened, and his head went back as if to help me attain what seemed unattainable. Evidently I came close enough, for he suddenly turned off the phonograph.

“Now, young man,” he said, putting his arm through mine. “We are ready for Bach!”

As we returned to our seats in the drawing room, the players were tuning up for a new selection. Einstein smiled and gave me a reassuring pat on the knee.

“Just allow yourself to listen,” he whispered. “That is all.”

It wasn’t really all, of course. Without the effort he had just poured out for a total stranger I would never have heard, as I did that night for the first time in my life, Bach’s “Sheep May Safely Graze.” I have heard it many times since. I don’t think I shall ever tire of it. Because I never listen to it alone. I am sitting beside a small, round man with a shock of untidy white hair, a dead pipe clamped between his teeth, and eyes that contain in their extraordinary warmth all the wonder of the world.

When the concert was finished, I added my genuine applause to that of the others.

Suddenly our hostess confronted us. “I’m so sorry, Dr. Einstein,” she said with an icy glare at me, “that you missed so much of the performance.”

Einstein and I came hastily to our feet. “I am sorry too,” he said. “My young friend here and I, however, were engaged in the greatest activity of which man is capable.”

She looked puzzled. “Really?” she said. “And what is that?”

Einstein smiled and put his arm across my shoulders. And he uttered ten words that—for at least one person who is in his endless debt—are his epitaph:

“Opening up yet another fragment of the frontier of beauty.”

Jerome Weidman was a novelist, screenwriter, and Pulitzer Prize–winning playwright who died in 1998. He wrote the book for the musical I Can Get It for You Wholesale*, which marked Barbra Streisand’s first Broadway appearance. “The Night I Met Einstein” first appeared in Reader’s Digest in November 1955 and is one of the most requested pieces from our archives. Photo credits: Adam Gault/Getty Images; E.O. Hoppe/Mansell/Time Life Pictures/Getty Images.* 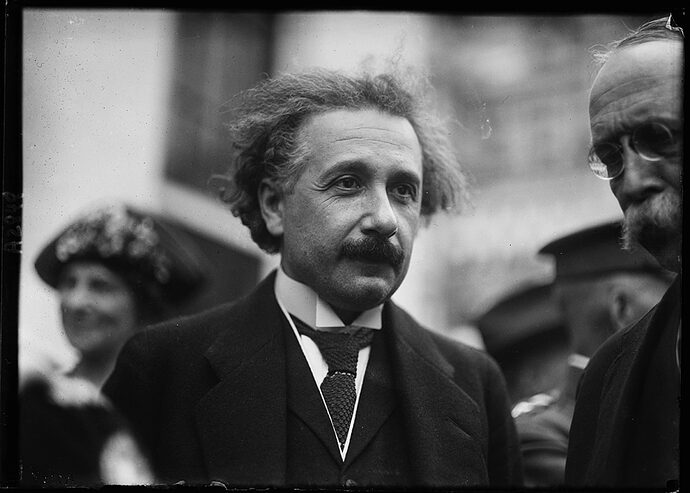 The Night I Met Einstein

This Reader's Digest Classic of "My Most Unforgettable Character" offers a lesson in life—and music—from the most brilliant mind in the world. 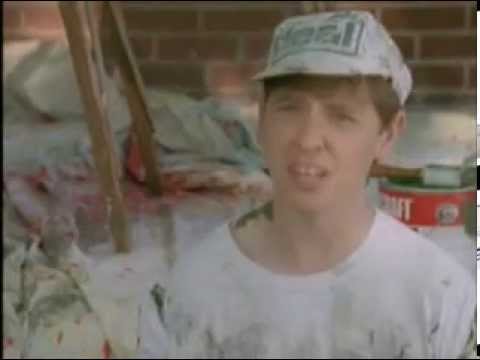