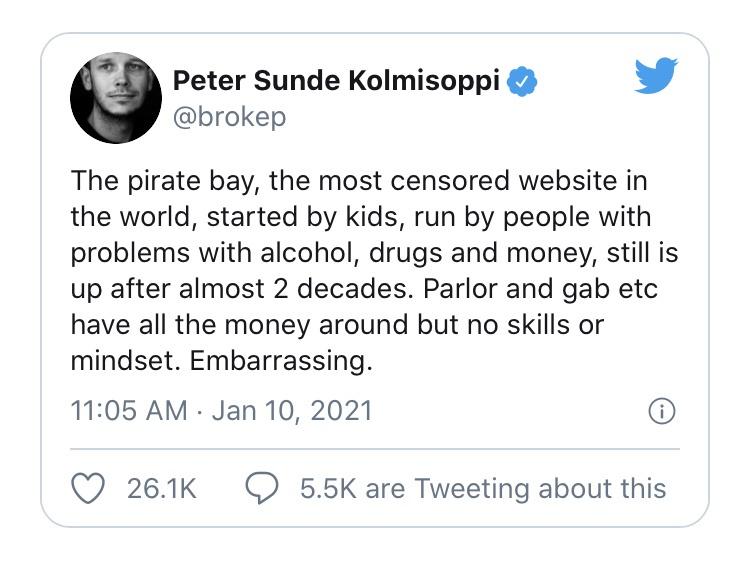 Gab has built it’s own independent service as well it’s own youtube alternative and is just about to launch Gab tv streaming service with it’s own hardware. Gab wasn’t taken down it just had over 1 million new members over night…Parler was taken down for something Facebook & Twitter did.

Opinion | They Used to Post Selfies. Now They’re Trying to Reverse the Election.

The Pirate Bay is Pretty Broken Right Now But Can Be Coaxed Back to Life *...

The Pirate Bay retained its position as the world's most popular torrent site at the start of 2021 but all is not well. While the site is up and accessible for most, the index is suffering significant technical problems that due to their confusing...