“Everyone in North Korea is heartbroken over leader Kim Jong Un’s apparent weight loss , said an unidentified resident of Pyongyang quoted on the country’s tightly controlled state media , after watching recent video footage of Kim.” That’s according to Reuters after regional media has for a couple of weeks been consumed with speculation based on examinations of recent before and after photos.

In mid-June, North Korean state media had issued new photos of Kim, after the strongman ruler hadn’t been seen publicly for a month. Compared to just a few months prior, he exhibited rapid weight loss . From then, side-by-side photo sets have been continuously analyzed for clues of what could be driving the new gaunter, thinner appearance: perhaps disease? or just a healthier diet and workout regimen? Extreme stress over the food and health crisis deeply impacting the country? 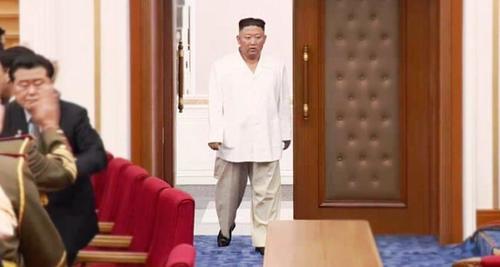 What’s more unusual, strongly suggesting something serious could be happening with his health, is that his appearance is actually subject of commentary on North Korean state media itself .

This further suggests Pyongyang wants the world to know something is going on:

"Seeing our respected comrade General Secretary [Kim Jong Un] become emaciated like that, all the people became so heartbroken," said a middle-aged man in an interview aired Friday evening.

"Everyone is talking about it. We all just started to cry," the man added. Korean Central Television (KCTV) aired the interview in a program on reactions from around the country to new propaganda songs released this week glorifying Kim and the ruling party.

Given there’s a rapidly worsening food scarcity crisis inside North Korea, which Kim himself has increasingly addressed with unusual bluntness in official statements, Kim’s thinness could also be an intentional effort to display a “solidarity of suffering” of sorts with the common citizenry.

Thus his appearance itself (possibly manipulated or edited in state broadcasts?) could be part of a propaganda effort to induce greater sympathy among the populace as well as globally. 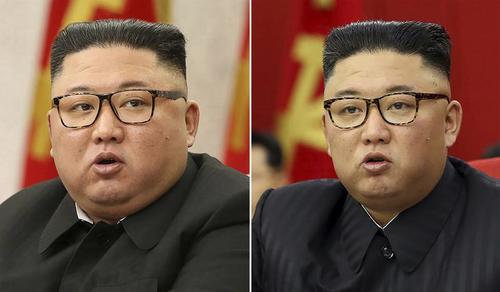 It was just weeks ago that Kim “warned about possible food shortages and called for his people to brace for extended Covid-19 restrictions as he opened a major political conference to discuss national efforts to salvage a broken economy.” 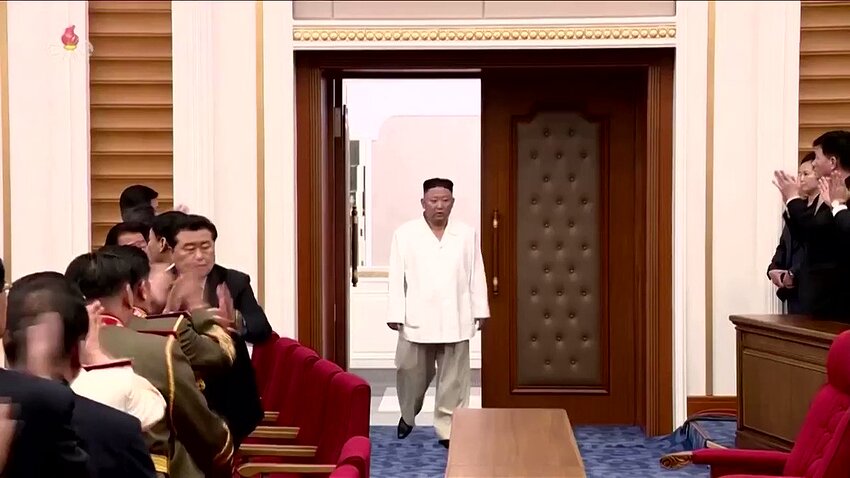 For over the past year North Korea has been even more isolated than usual, with Pyongyang having ordered a total closure of all borders in efforts to prevent the COVID-19 pandemic from spreading - a drastic move which at the same time has resulted in less food and medicines making it in.

In addition to the widespread media attention given to Kim’s health, South Korean and Western intelligence agencies routinely monitor his appearance, looking for signs of health or other issues. 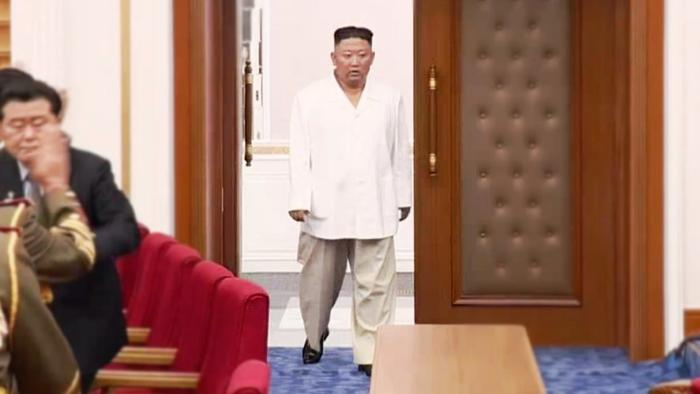 so getting in shape and dieting is gaunt and emaciated???