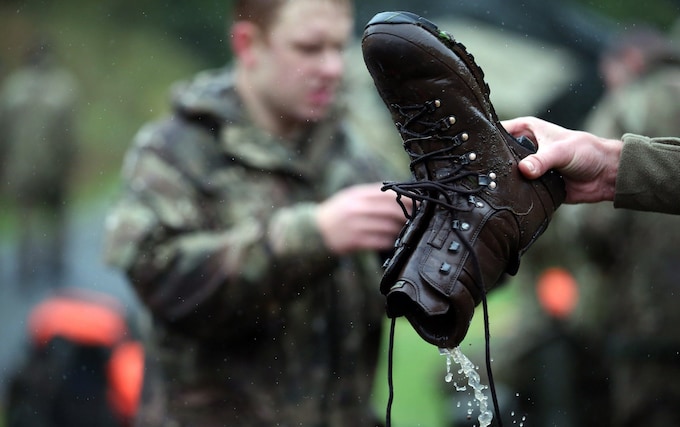 A British Army officer cadet from the Royal Military Academy Sandhurst, pours water from his boot

Soldiers have called for vegan uniforms to be introduced across the Army to fall in line with dietary requirements.

The newly formed Ministry of Defence Vegan and Vegetarian Network is campaigning to create new policies that will empower members to maintain veganism and vegetarianism alongside military life.

One of the policies suggested by the group is for personnel to wear vegetarian footwear that has not been made using leather, but still offers the same levels of support and wear as standard military boots.

In 2019 the RAF looked at amending its military policy on dress after a helicopter technician objected to wearing leather boots.

It is understood that the MoD is “open-minded” about the equipment worn by personnel, as long as it is both safe and keeps high standards.

Established from MoD St Athan, in Wales, the network connects vegans and vegetarians across the three services to support and educate each other with new ideas and policies.

One of the network’s founding members, who represents the RAF in rowing, told Forces News that he originally went vegan for “ethical reasons”, and then realised “the huge environmental benefits that going vegan has”.

He said: "I’ve always loved animals, but since joining the RAF many years ago, I just never thought it would be possible to be vegan in the military, especially when on deployment.

"But times have changed and now it’s so much easier.

“I started the network to help those who wanted to be vegan or those who are already vegan in the Armed Forces. To inspire, support and encourage.”

Last year the Army EATS campaign conducted research into the kind of packed lunches soldiers would prefer while in transit and started putting more vegetarian items on the menu at barracks’ mess tents.

A defence source at the time said: “The younger generation of soldiers today are savvy and smarter about what they are eating.

It is understood that the army is working to reflect the latest thinking and broader trends around healthy nutrition so that it is “relevant to our soldiers in the 21st century”.

Lt Gen Richard Nugee, who conducted an internal climate change and sustainability review in 2020, told The Telegraph he had reduced his own meat consumption by 80 per cent, and that troops were being educated about the benefits of vegetarianism for both a healthy lifestyle and the planet.

An MoD Spokesperson said: “We work hard to ensure our people have the safest and best equipment available.” 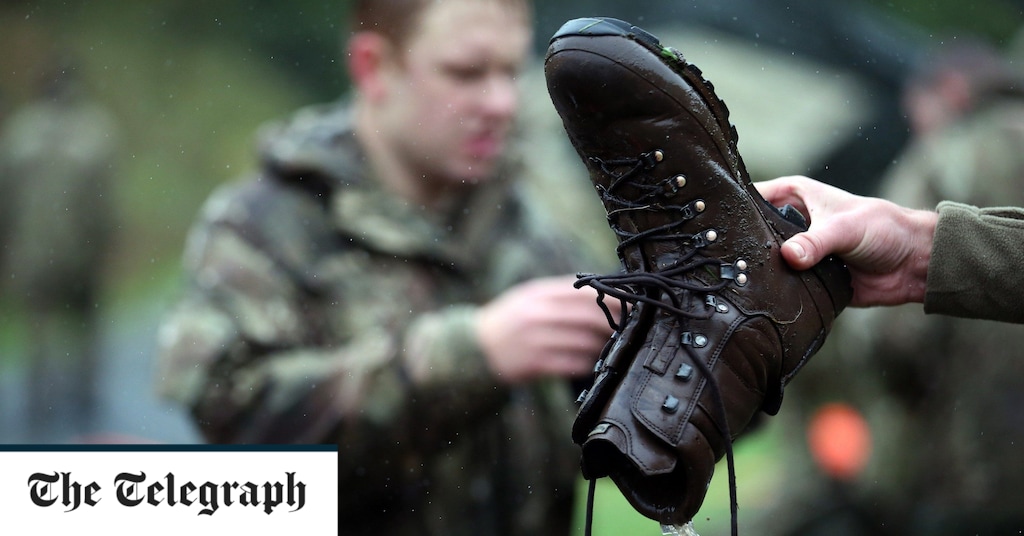