Security guard who shot man 3 times acted in self defence

…because the victim wasn’t wearing a COVID mask, lawyer says… 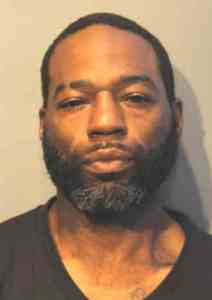 A liquor store security guard was acting in self defense when he shot a customer three times because the customer was “putting other’s lives at risk by not wearing a [COVID] mask,” the guard’s private defense attorney said during a bond court hearing Wednesday.

The argument did not sway cook County Judge Mary Marubio.

“The victim fled the store, fell outside, followed by the defendant [who], according to the surveillance video, shot a second time. The defendant then paces back and forth and shot a third time,” Marubio said before ordering 42-year-old Chester Holmes held without bail.

Holmes, who is barred from possessing a weapon because he is a four-time convicted felon and registered child sex offender, was working as an armed security guard at the store on the 6000 block of South Racine when a 28-year-old man walked in without a COVID mask around 9:53 am. Monday, according to Assistant State’s Attorney Darryl Auguste.

Holmes and the victim argued about the mask policy and the victim eventually left. He then turned around and walked back in. When he did, Holmes met him with a drawn handgun and shot him, Auguste said.

The victim fell to the ground outside the store.

Holmes, who defense attorney Jonathan Feldman said “has a big heart and is a kind-hearted man,” shot the man again, then paced around and shot him a third time before running away, according to Auguste. The victim, who was shot in the stomach, arm, and leg, was taken to a hospital where surgeons removed part of his intestines, Auguste said.

Chicago cops heard the gunfire and responded quickly enough to see Holmes running away, according to Auguste. He ditched his gun and security vest along the way and later told arresting officers where they could find them, Auguste said. Holmes also allegedly admitted to shooting the victim.

“This is obviously going to be a self-defense case,” Friedman said after hearing the allegations. He called the circumstances “basically, a customer who’s unruly, who wants to put other lives at risk,” by not wearing a COVID mask.

Holmes, Friedman argued, “reacted in self-defense” to a man who wasn’t wearing a COVID mask.

Auguste said Holmes was convicted of sexually assaulting a six-year-old girl and sexually abusing a 15-year-old girl in 2003. He has also served two prison terms for failing to follow sex offender registration requirements, according to Auguste.

“That’s not me,” Holmes said as Auguste detailed the specific acts he was accused of committing against the girls.

Friedman said Holmes was “fully cooperative” with police, indicating he had an “innocent mindset” with “nothing to hide.”

Prosecutors charged Holmes with attempted murder, aggravated battery by discharging a firearm, and unlawful use of a weapon by a felon.

Security guard who shot man 3 times acted in self defense because the victim...

A liquor store security guard was acting in self defense when he shot a customer three times because the customer was "putting other's lives at risk by not wearing a [COVID] mask," the guard's private defense attorney said.

Wow, what a big hearted man. Such a big heart that when he shot him in self defense once and the guy did not die, he shot him again, so giving, his heart got even bigger that as the injured man tried getting away this criminal, sexual predator, I mean soft hearted teddy bear, shot him again.