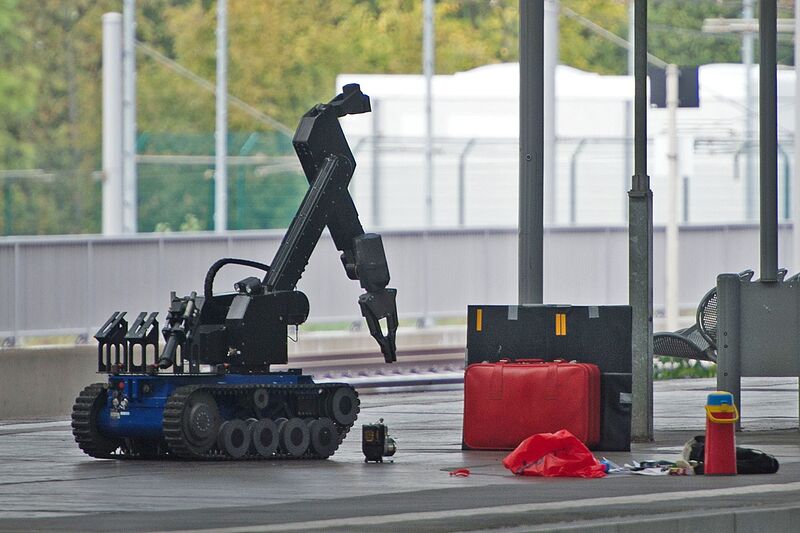 The San Francisco Police Department is proposing a new policy that would give robots the license to kill, as reported earlier by Mission Local (via Engadget). The draft policy, which outlines how the SFPD can use military-style weapons, states robots can be “used as a deadly force option when risk of loss of life to members of the public or officers is imminent and outweighs any other force option.”

As reported by Mission Local, members of the city’s Board of Supervisors Rules Committee have been reviewing the new equipment policy for several weeks. The original version of the draft didn’t include any language surrounding robots’ use of deadly force until Aaron Peskin, the Dean of the city’s Board of Supervisors, initially added that “robots shall not be used as a Use of Force against any person.”

However, the SFPD returned the draft with a red line crossing out Peskin’s addition, replacing it with the line that gives robots the authority to kill suspects. According to Mission Local, Peskin eventually decided to accept the change because “there could be scenarios where deployment of lethal force was the only option.” San Francisco’s rules committee unanimously approved a version of the draft last week, which will face the Board of Supervisors on November 29th. 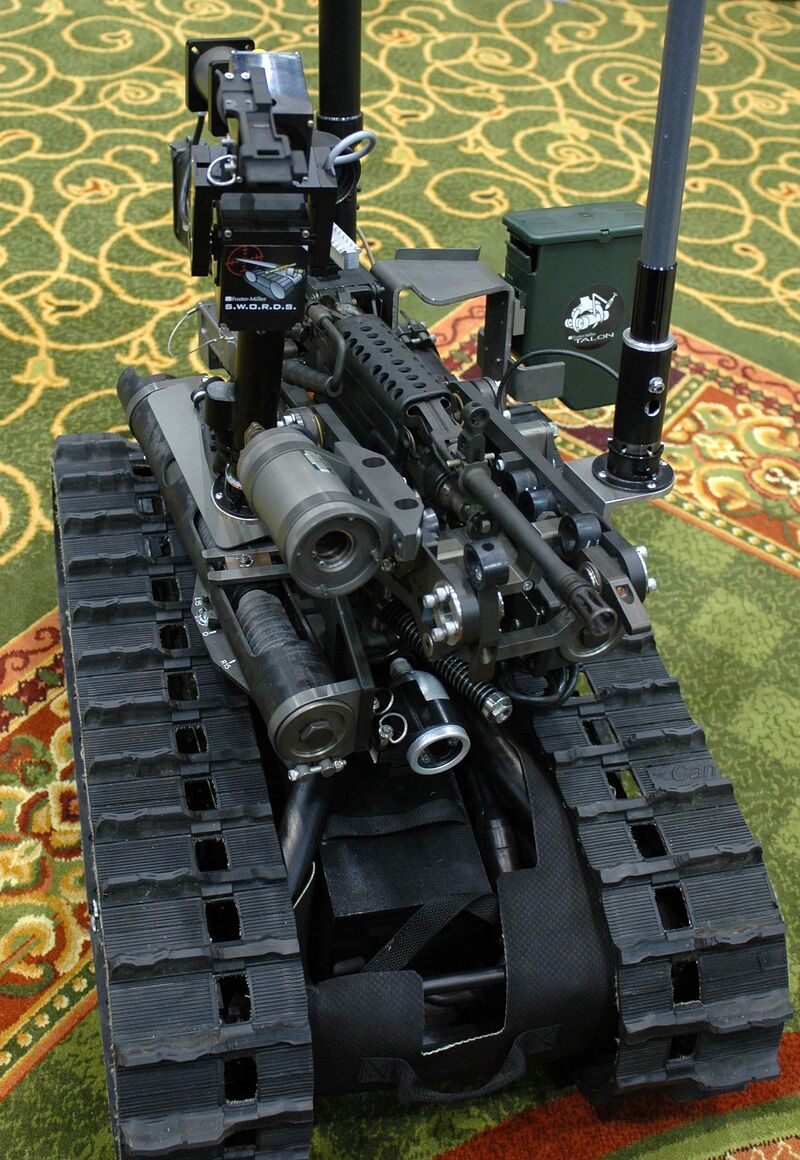 A machine gun mounted to the same type of Talon robot owned by the SFPD.

As outlined in the equipment policy, the SFPD currently has 17 remotely piloted robots, but only 12 are functioning. In addition to granting robots the ability to use deadly force, the proposal also authorizes them for use in “training and simulations, criminal apprehensions, critical incidents, exigent circumstances, executing a warrant or during suspicious device assessments.”

While most of the robots listed in the SFPD’s inventory are primarily used for defusing bombs or dealing with hazardous materials, newer Remotec models have an optional weapons system, and the department’s existing F5A has a tool called the PAN disruptor that can load 12-gauge shotgun shells. It’s typically used to detonate bombs from a distance. The department’s QinetiQ Talon can also be modified to hold various weapons — a weaponized version of the robot is currently used by the US Army and can equip grenade launchers, machine guns, or even a .50-caliber anti-materiel rifle.

“SFPD has always had the ability to use lethal force when the risk of loss of life to members of the public or officers are imminent and outweigh any other force option available,” says SFPD Officer Eve Laokwansathitaya, in a statement to The Verge. “SFPD does not have any sort of specific plan in place as the unusually dangerous or spontaneous operations where SFPD’s need to deliver deadly force via robot would be a rare and exceptional circumstance.”

The Dallas Police Department used a robot to carry out deadly force for the first time in 2016. It used a bomb-disposal robot — the same Remotec F5A model owned by the SFPD — armed with an explosive device to kill a suspect who shot and killed five police officers and wounded several others. At the time, Dallas police chief David Brown said the department “saw no other option but to use our bomb robot and place a device on its extension for it to detonate where the suspect was.”

Last month, a report from The Intercept revealed that California’s Oakland Police Department was also considering letting shotgun-equipped Remotec F5A robots use deadly force. Shortly after the report came out, the Oakland PD announced on Facebook it decided against adding “armed remote vehicles to the department.” Meanwhile, a group of robot makers, including Boston Dynamics, signed a pledge not to weaponize their robots earlier this year. 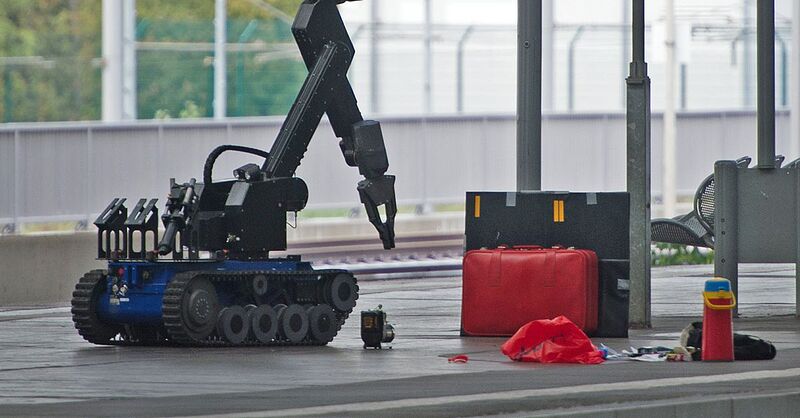 The SFPD could give robots the license to kill.

This will go well, right?