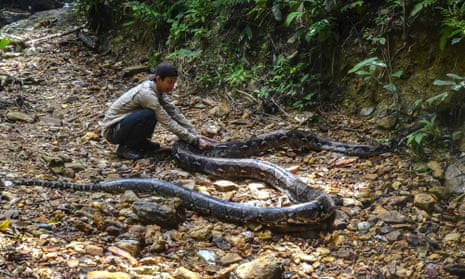 A woman was found dead in the stomach of a 7-metre python at a rubber plantation where she worked in Indonesia, according to local reports.

The woman, identified as Jahrah, 54, went to work on the plantation in Jambi province, on the island of Sumatra, on Sunday morning and her husband reported her missing when she did not return home that evening.

Searching for her on Sunday night, her husband discovered her sandals, headscarf, jacket and the tools she used at work, and called for others to help, police told local media. The following morning, a python was spotted nearby.

“When the security team and residents conducted a search around the rubber plantation, then we found a python 7 metres long. It is this snake that is suspected of preying on the victim. After we caught him, we found the victim’s body in the snake’s stomach,” the local police chief, AKP S Harefa, told the Detik news site.

Pythons, which kill through constriction, typically eat smaller animals, swallowing their food whole. Cases of humans being swallowed are rare.

In 2018, a woman was found to have been swallowed by a giant python on the island of Muna, off Sulawesi. She had gone missing in her garden, which was at the base of a rocky cliff where snakes were known to live in caves.

A year earlier, a farmer was killed and swallowed by a giant python in the village of Salubiro, on Sulawesi island.

Far greater numbers of people are affected by snake bites. Every year there are about 5.4m cases of snake bites, of which between 1.8m and 2.7m lead to poisoning, according to the World Health Organization. Children and agricultural workers in poorer, rural communities are the most at risk. 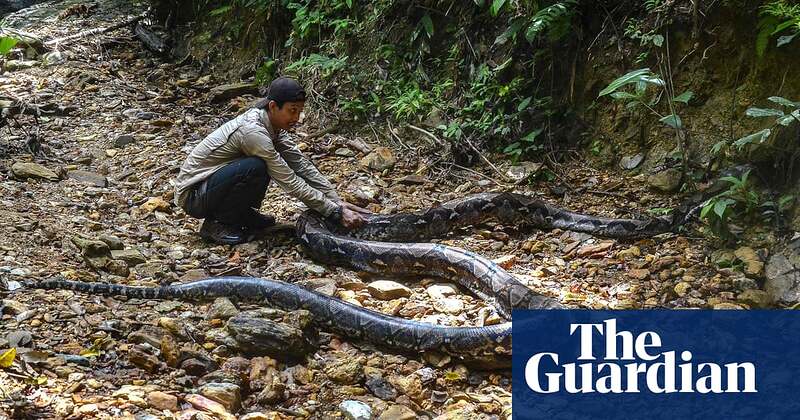 Gutted that there aren’t pics