Search engines generally aim to return the most relevant results, but that’s not always the case. Earlier this year we reported how popular pirate sites were dropping from Google’s top results and the same appears to be happening in DuckDuckGo as well now, with Bing not staying behind. 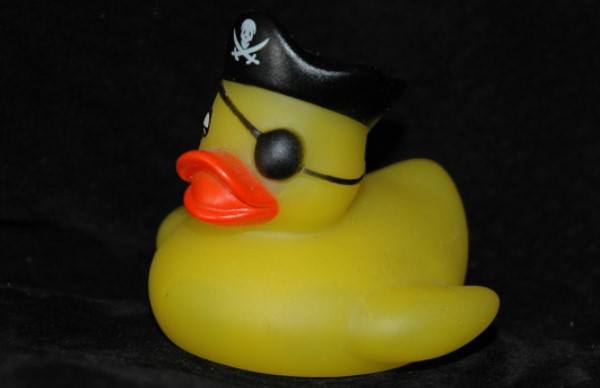 Over the past few years the entertainment industries have repeatedly asked search engines to step up their game when it comes to their anti-piracy efforts.

Google, for example, downranks sites for which it regularly receives valid takedown notices. This isn’t new but this year the search engine apparently stepped up its game even further, making the homepages of several top pirate sites unfindable.

Instead of pointing people to the official domains of popular pirate sites such as 1337x, NYAA, and LimeTorrents, Google directed users to copycats that had nothing to do with these sites. This wasn’t due to DMCA takedown requests either.

When we covered our findings we contrasted the results with those from alternative search engines such as DuckDuckGo and Bing, which both showed the real sites as the first results. This led us to the conclusion that Google was actively manipulating its results.

Today, a few months later, the ‘disappearance’ issue is no longer unique to Google. Popular pirates sites have started to disappear from other search engines as well, including DuckDuckGo.

For example, when we searched for 1337x a few weeks ago the official 1337x.to domain was the top result, as shown here. Today, however, that domain isn’t listed on the first few pages as can be seen below. The official 1337x domain has simply disappeared. 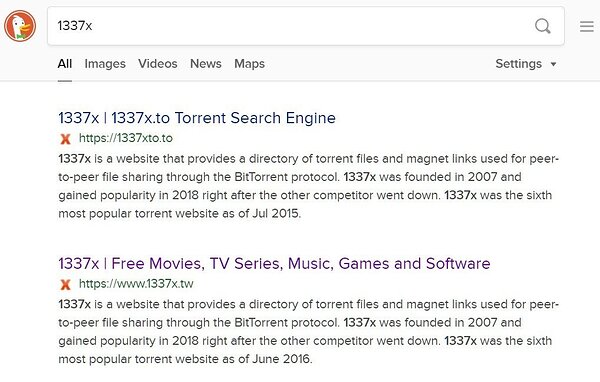 The same applies to several other pirate brands. When we search for RarBG the official rarbg.to domain is nowhere to be found and the same is true for Torrentz2.eu. Even the site of the popular games repacker Fitgirl has vanished, as several Redditors also noticed.

Ironically, DuckDuckGo does still list information from Wikipedia on the side, which does list the proper authoritative domain, as shown below. 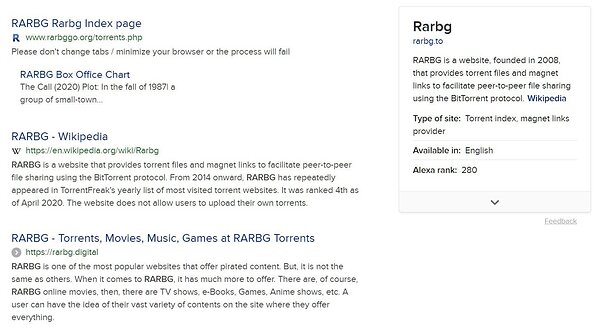 While it’s clear that ‘something’ is happening here we don’t know what. TorrentFreak reached out to DuckDuckGo through various channels to get a comment on our findings, but the company has yet to respond.

The most likely scenario is that the pages were removed following DMCA takedown notices. However, in that case, you often see another URL from the same domain taking over the top spot. Not just some random copycat site. We don’t see any page from the official domain in the top 100 results.

Also, the homepage of 1337x.to, which recently disappeared, doesn’t list any copyright-infringing content, so removing that would be quite broad by itself.

DuckDuckGo is not the only search engine that appears to be following in Google’s footsteps. The same is happening at Bing. For example, when we search for “fitgirl repacks” there, the official fitgirl-repacks.site doesn’t show up.

After popular pirate sites started disappearing from Google's top results, the same now appears to be happening at DuckDuckGo as well.