GOP ‘Observer’ Challenge To Be Heard 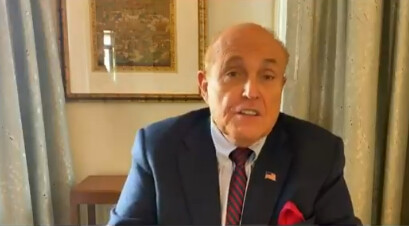 For starters , Ohio Attorney General Dave Yost has filed a ‘friend of the court’ brief with the Supreme Court in support of Pennsylvania Republicans, who want the USSC to overturn the Pennsylvania Supreme Court’s late October ruling allowing absentee ballots which arrived up to three days after election day .

“The States need an answer to that question, which is certain to arise again in future elections. And it is important to provide that answer now because, without a ruling from this Court, doubts will continue to linger about whether the vote count in Pennsylvania was performed in conformity with the Constitution,” reads the filing by Yost, which was also signed by Ohio Solicitor General Benjamin Flowers and Chief Deputy Solicitor General Michael Hendershot. (source: cleveland.com.

Next, two GOP Senators from Georgia have called on the state’s Republican Secretary of State to resign over his alleged failure 'to deliver honest and transparent elections.' 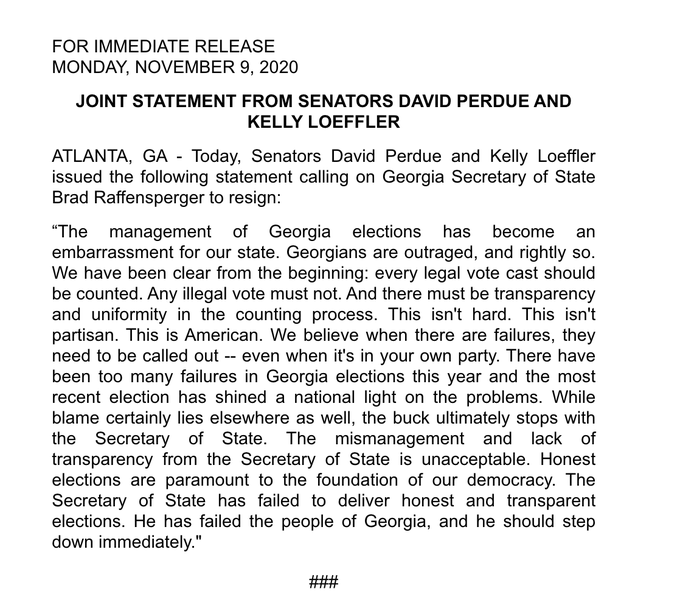 And as we noted earlier:

The Pennsylvania Supreme Court has agreed to consider a GOP challenge claiming that Republican observers were unable to oversee ballot counting, thereby invalidating hundreds of thousands of votes, according to Reuters .

The decision to hear the case is separate from a challenge to the PA Supreme Court’s ruling regarding ballots received after election day.

The news comes as Rudy Giuliani says at least 50 GOP witnesses say they were ‘corralled’ by Philadelphia election officials on election day and ‘weren’t able to see a single ballot’ counted behind closed doors. He claims that the roughly 800,000 votes counted after that ’ are invalid .’

Giuliani detailed the claims in an interview with Newsmax - where he announced that the first of five lawsuits will be filed on Monday in Pennsylvania 'challenging the entire vote on a number of grounds. ’

“In this lawsuit we have over 50 witnesses who will say that the vote count, particularly once the election ended that night and President Trump was ahead by 800,000 votes in Pennsylvania, the count thereafter was unlawful ,” said Giuliani, adding: “It was counted behind closed doors. Republicans were not given an opportunity to see any of the mail-in ballots as required by Pennsylvania law. Pennsylvania law requires that for a ballot to be valid, a mail ballot to be valid, it has to be observed by both sides.”

"We have 55 Republicans ready to testify that they were uniformly corralled and weren’t able to see a single ballot . They saw a lot of activity, but no ballot. Every one of those ballots that was cast that was not examined, is now an illegal ballot - an unlawful vote. -Rudy Giuliani

Giuliani continued: “Not just in Philadelphia, however, precisely the same thing was done in Pittsburgh. The only difference is - when a court intervened in Philadelphia they didn’t follow the court order, and our people were threatened with arrest if we tried to look at the ballots . Whereas in Pittsburgh, halfway through, they allowed some observation. So the numbers of unlawful ballots in Philadelphia are about twice the number in Pittsburgh.”

Over the weekend, Giuliani told Fox News host Maria Bartiromo " This is documented on videotape. There are upwards of 50 witnesses. And this will be the subject of a lawsuit that we file tomorrow for violating civil rights, for conducting an unfair election, for violating the law of the state, for treating Pittsburgh and Philadelphia different than the rest of the state, which is an equal protection violation, which goes under Bush vs. Gore. "

Meanwhile in Nevada , a Clark County poll worker has claimed in a sworn affidavit that proof of residence data was fabricated for illegal voters , among other claims.

The whistleblower claims that they worked 13 out of 14 days during early voting ‘from October 17th - 30th,’ where they ‘had concerns over election polling place intimidation and voter fraud.’

Among the whistleblower’s claims:

“We were told by [redacted] (my team leader), and two other assistants to advise people who wanted to register to vote and did not have the proper Nevada ID/Driver’s license that they could go out in the parking lot and make an appointment with the DMV to get a Nevada ID/Driver’s License, and then bring in proof of their appointment confirmation (either a paper copy or show it on their phone to us) and then they would be registered.”

“We were told to add two zeroes (“00”) to the DMV confirmation number and put it where the Driver’s License/ID number was supposed to go when we filled in the registration form on line.”

“Our team leader [redacted] had to go out several times a day to tell the Biden/Harris team they had to stay 100 feet from the location doors . As they would give folks signs to carry up to the door coming to vote. The Biden/Harris bus and/or van was there 7-8 days out of the 14 days.”

“I personally witnessed two people handing multiple unopened mail in ballot envelopes to two other people who then opened and filled out the ballots against the side of the Biden/Harris van . The same two people who marked the ballots then put the marked ballots in official pink and white envelopes. These individuals were not poll workers.”

“By my final walking lap, there were 5 or 6 additional people who formed a human wall , which moved as I walked by, apparently in an attempt to block my view of the four people who were opening envelopes, marking ballots, and placing those ballots in the pink and white return envelopes .”

On Saturday, the Clark County Registrar of Voters, Joe Gloria, acknowledged that his office had received reports of potential voter fraud , but that they wouldn’t investigate them until after the election is completed.

“We do have some reports that have come in that we’re logging for reporting. But we’re definitely going to do an investigation, and we’ll deal with them once the canvass is finished,” said Gloria. “The votes are in the system at this point, so we’ll have to after the election, post-election, go after anything that’s been reported at this time.” 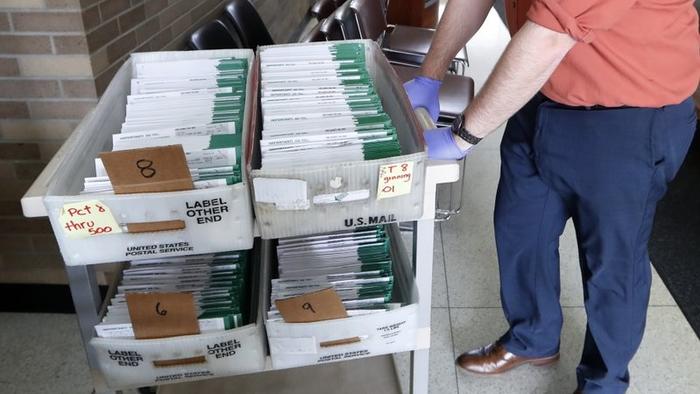 Meanwhile, Georgia GOP call on Secretary Of State to resign over 'dishonest election'

If this is true, this calls into question the validity and integrity of this and future elections.

This is not America, we are supposed to be better than that.

If it’s true, it’s a push towards a single party state. Now where have I seen that before? 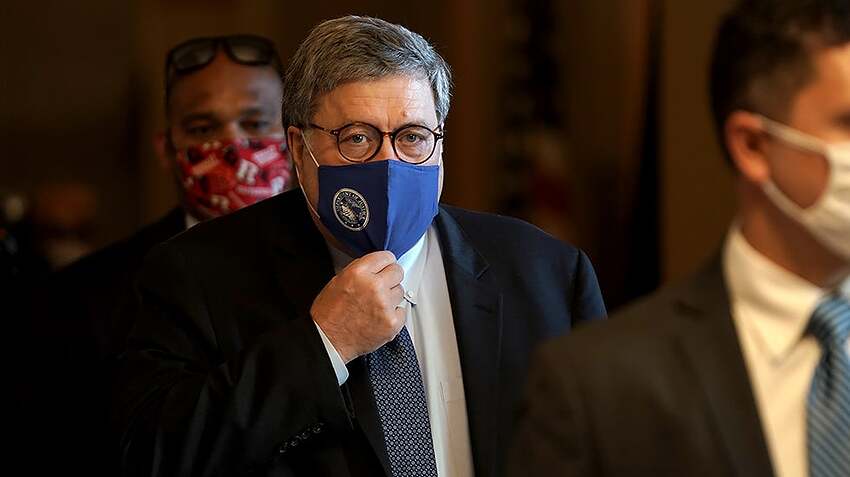 Attorney General William Barr has authorized the Department of Justice to investigate any "substantial allegations" of voter fraud in the 2020 election.

There are always these types of claims… in every election… in every country. usually they dont go this far, but Trump gives 110%

I’m pretty sure the GOP leaders said to him ‘come on now, they’ve won this time’

At which Trump replied ‘bollocks’

Trump is trying to monetize this losing thing, what a farce

Pretty sure that man would try to monetize farting, if he could.

Katie Hobbs is in charge of Arizona elections…

@JackPosobiec
Katie Hobbs is in charge of Arizona elections

Because he has the best farts, no one has ever smelled or heard any better farts that he does…