Students who lack English and maths GCSEs, or two A-levels at grade E, would not qualify for a student loan in England, under new plans.

Ministers will set out details for new minimum university entry requirements, on Thursday, as part of a shake-up.

There will also be a a consultation on plans to limit the number of university places available in England.

Universities said placing a cap on aspiration was bad for individuals, the economy and society.

The new government plans are part of a response to the Augar review of post-18 education.

The Department for Education (DfE) said there would be a consultation on the proposals, and that it was considering entry grade exemptions for student loan qualification for certain types of students, such as mature ones.

The government’s intention is to restrict entry on to courses which it believes do not offer a good route into graduate jobs.

And to prevent universities from recruiting students into higher education before they are ready.

Universities have already been told they will have some responsibility for courses leading to good jobs.

Ministers argue the reforms should encourage more young people to consider apprenticeships and other higher qualifications.

"Placing a cap on aspiration by reducing the number of places for people to study at university is bad for individuals, the economy and society.

“Government should ensure that anyone with the potential to succeed at university has opportunity to do so.”

He added that universities would oppose measures which “turn the clock back” on progress in getting more people from disadvantaged backgrounds into higher education.

The number of applicants to UK universities has increased in recent years, with the latest data showing 320,000 candidates had applied this year, so far compared with 306,000 in 2021.

The number of poorer pupils applying has also risen, with 28% of 18-year-olds from the most disadvantaged areas applying this autumn, compared with just under 18% in 2013.

The DfE is concerned that “not all students receive the same high quality of teaching” and that many become saddled with debt for courses with poor job prospects.

A DfE spokesperson said: “We need to ensure that we are creating opportunities that will not only open doors, but will develop the talent our country needs to prosper now and in the future.”

Sir Peter Lampl, founder and executive chair of the Sutton Trust education charity, said: "Universities are the key route to social mobility, so it is crucial that young people who have the potential to benefit from higher education are able to do so, whatever their background.

“The introduction of any minimum grade requirement is always going to have the biggest impact on the poorest young people, as they are more likely to have lower grades because of the disadvantages they have faced in their schooling.”

However, analysis by the University and College Application Service, suggests that about 10% of university applicants do not have English and maths GCSE passes when they leave school.

Most students going on to college are required to resit these exams as a condition of their course of study.

Geoff Barton, general secretary of the Association of School and College Leaders, said colleges and universities work hard to improve access to those who are currently under-represented in higher education.

“Our understanding is that a relatively small number without grade 4 at GCSE English and maths currently study at higher education institutions. Nevertheless, denying them this opportunity will remove an option,” he said. 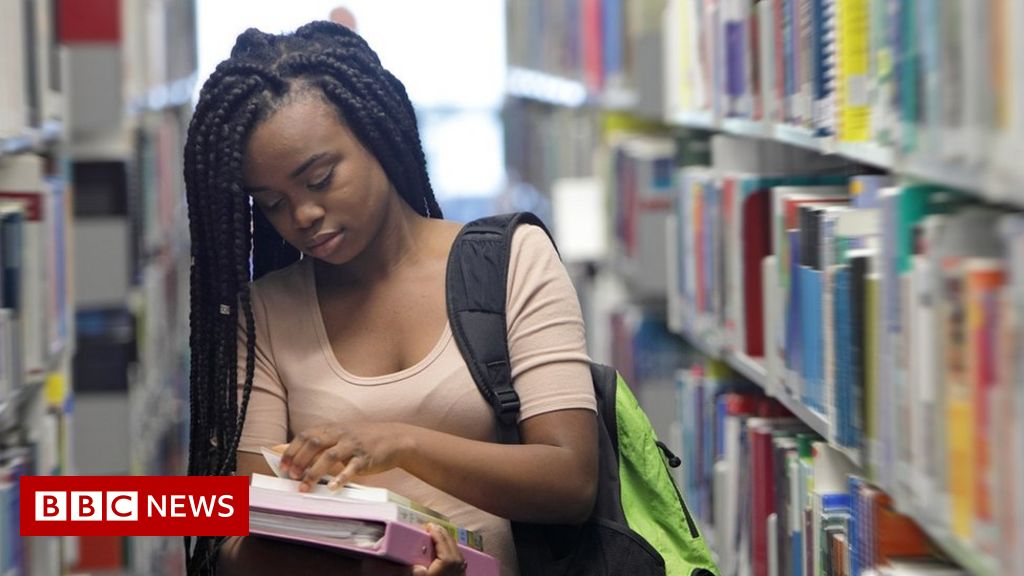 It's part of new government proposals to shake up England's higher education system.