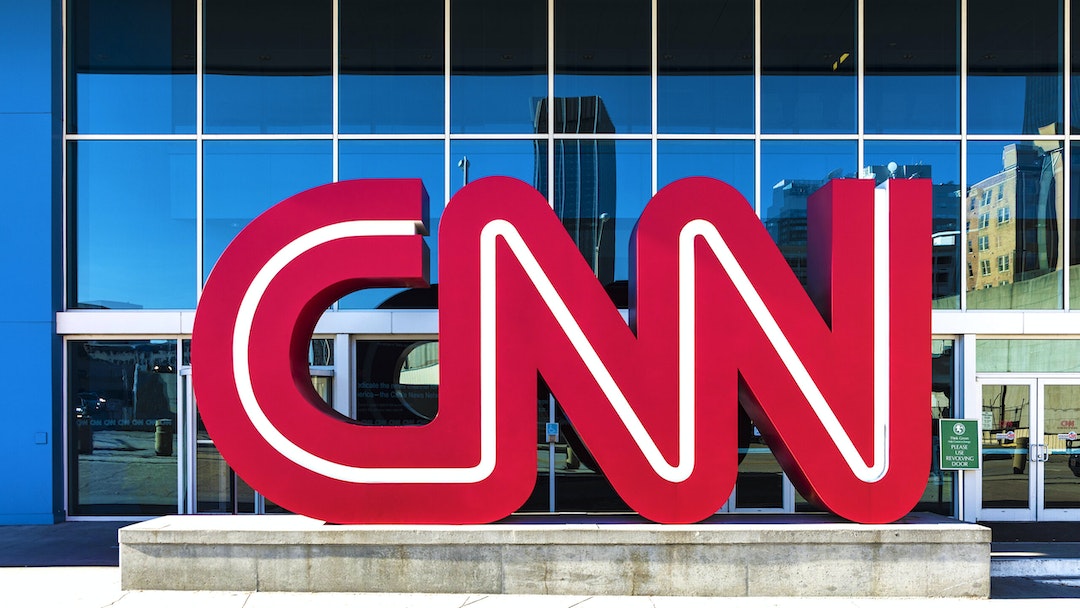 New CNN chairman and CEO Chris Licht did little to calm the nerves of highly partisan employees at the far-Left network this week after the cancelation of Brian Stelter’s show “Reliable Sources.”

Licht started to evaluate the hyper-partisan so-called “talent” at the network shortly after he joined CNN as he aimed to dial down the extreme partisanship that has plagued the network in recent years.

“I want to acknowledge that this is a time of significant change, and I know that many of you are unsettled,” Licht said, according to numerous people who attended Friday’s editorial meeting call. “There will be more changes, and you might not understand it or like it.”

A CNN staffer told Deadline, “No one is safe or secure right now.”

“I think people are legitimately sad that Brian is leaving,” an anonymous person at CNN claimed to the Hollywood Reporter. “He was a big presence at the network — but understand that Chris has to put his stamp on the network.”

Deadline reported that billionaire investor John Malone — who is one of the largest investors in CNN’s parent company, Warner Bros. Discovery — said earlier in the year during an interview that he wanted CNN to “evolve back to the kind of journalism that it started with, and actually have journalists.”

Stelter whined in his newsletter at the time that Malone wanting unbiased reporting at the network “stoked fears that Discovery might stifle CNN journalists and steer away from calling out indecency and injustice.”

An insider told Deadline that the decision to can Stelter was “coming from above,” adding, “If this isn’t coming from John Malone directly, it sure represents his thinking with lieutenants doing his bidding.”

The changes come after Licht told CNN staffers over the summer that he understood the network had undergone a lot of changes in a short amount of time after Jeff Zucker was terminated from his role leading the company.

“You heard me say in my first town hall that I am going to make decisions slower than some would like,” Licht said at the time. “I know this organization has been through tremendous change over the last four months, which is why I am approaching this process slowly and thoughtfully as we look at all parts of the operation. We will realign where it makes sense to best serve our people and the business.” 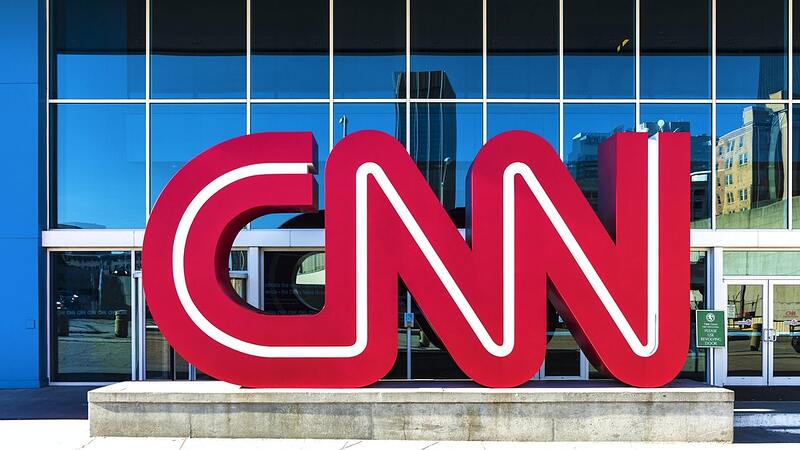 New CNN CEO’s Bleak Message For Employees At Far-Left Network: You ‘Might...

Legitimately might be the first time I’ve seen CNN referred to as “far-left.” I mean, I know it skews left but its generally left of center… 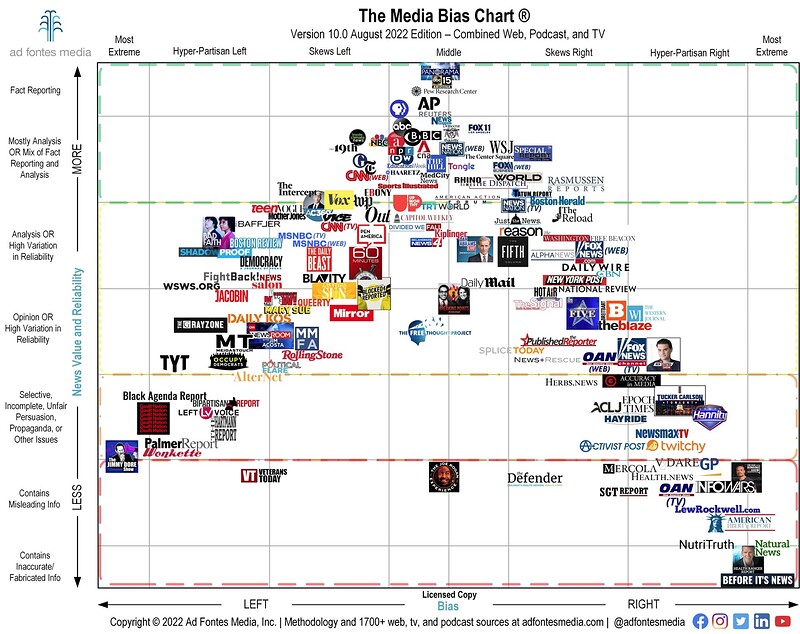 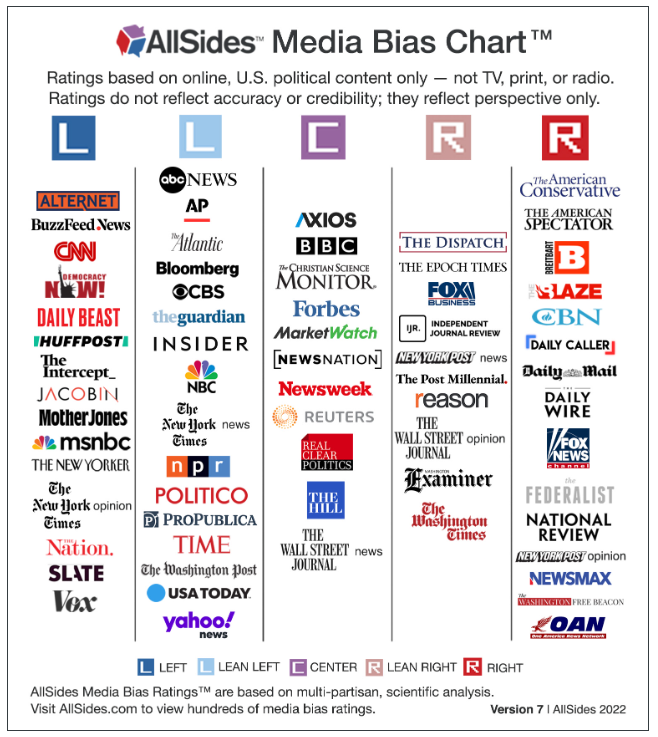 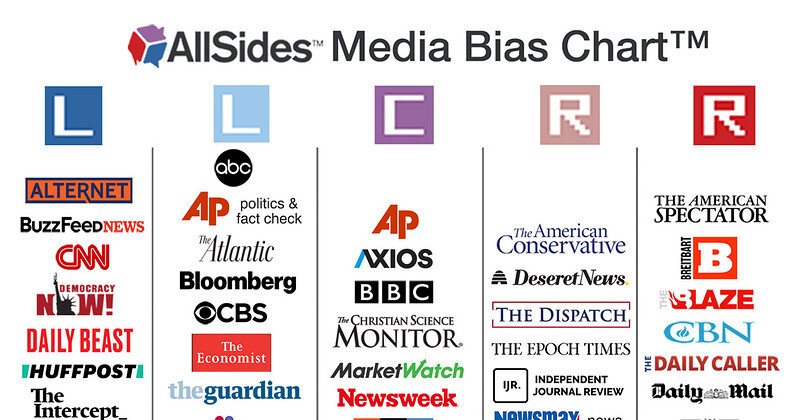 The AllSides Media Bias Chart is an easy way for you to identify political bias in the news so you can be better equipped to navigate our increasingly polarized media landscape. 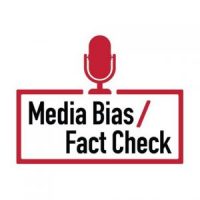 These media sources are moderately to strongly biased toward liberal causes through story selection and/or political affiliation.  They may utilize strong 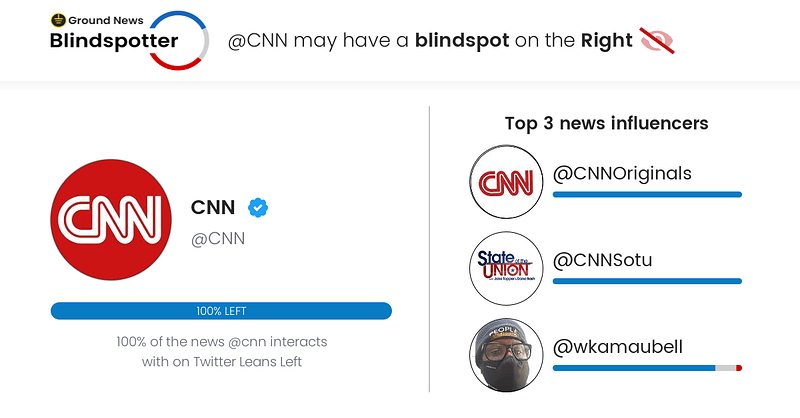 The Blindspotter by Ground News 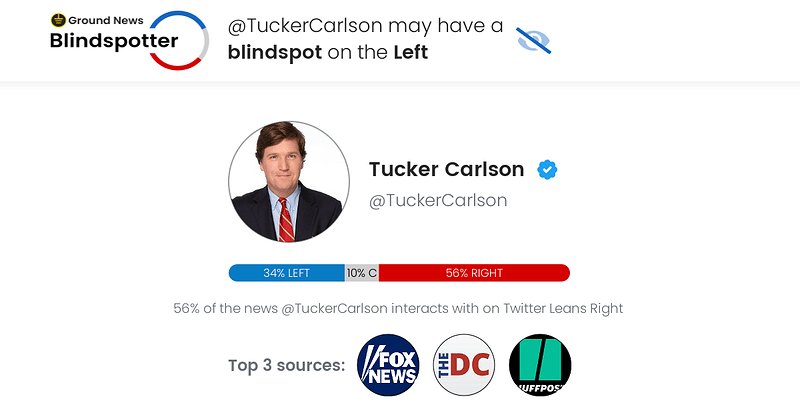 The Blindspotter by Ground News

Anyway this is an unwinnable argument, everyone’s idea of ‘centre’ is so far out of bonk i’m not completely sure it even exists anymore.

Any list that has CNN and Vox as leaning Left and Joe Rogan as neutral but with misleading info is wrong
CNN is the unofficial mouthpiece of the “Progressive” left, Vox wishes they were CNN
Joe Rogan says things that upsets the progressives, this is good
Also Reason has been leaning center left for a bit now
Don’t follow any “right” leaning news so, no comment

I noticed a few as well, The Guardian right of CNN left of centre

, Jimmy Dore is a progressive who’s spent the last 5 years defending Trump against all sides, sites like Teen Vogue not falling off the left hand side of the page, The Telegraph > left wing, The BBC and Panorama > center

Anyway this is an unwinnable argument, everyone’s idea of ‘centre’ is so far out of bonk i’m not completely sure it even exists anymore.

Exactly this. Up north leftists view Trudeau as centre when anyone right of center has him far left.

That’s said, anyone I’ve met who says he isn’t left enough, is a communist (they admitted this), soooooooo…