As the world moves towards net-zero emissions, sustainable and affordable power sources are urgently needed by humanity.

As Visual Capitalist’s Bruno Venditti details below, one of the most promising technologies, fusion, has attracted the attention of governments and private companies like Chevron and Google.

In fact, Bloomberg Intelligence has estimated that the fusion market may eventually be valued at $40 trillion. 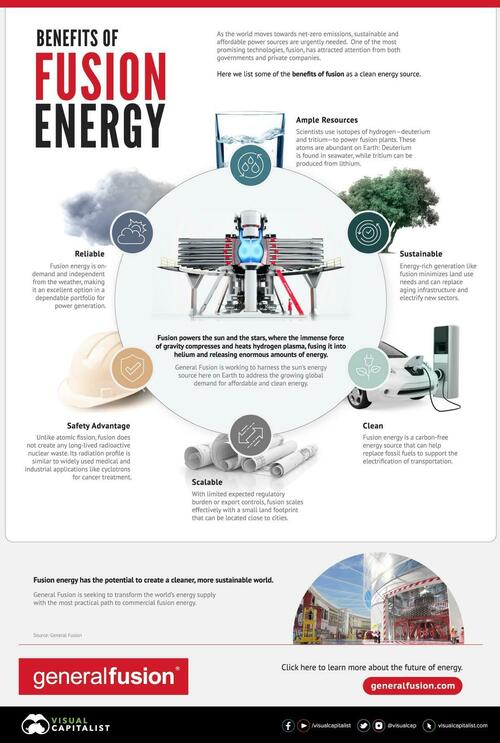 Producing energy through nuclear fusion has been a long-held ambition for scientists and energy experts, and has prominently featured in science fiction novels and movies.

The process involves fusing nuclei together, which throws off energy – which could then provide theoretically abundant energy on earth.

Scientists have for decades tried to use nuclear fusion to produce electricity at a usable scale, however replicating the reaction on Earth is highly challenging, requiring vast amounts of heat and pressure.

So far, they have not yet managed to produce more energy from the reaction than it takes to trigger the reaction.

But now, The FT reports, according to three people with knowledge of preliminary results from a recent experiment, US government scientists have made a breakthrough in the pursuit of limitless, zero-carbon power by achieving a net energy gain in a fusion reaction for the first time.

The federal Lawrence Livermore National Laboratory in California, which uses a process called inertial confinement fusion that involves bombarding a tiny pellet of hydrogen plasma with the world’s biggest laser, had achieved net energy gain in a fusion experiment in the past two weeks, the people said.

Although many scientists believe fusion power stations are still decades away, the technology’s potential is hard to ignore.

Fusion reactions emit no carbon, produce no long-lived radioactive waste and a small cup of the hydrogen fuel could theoretically power a house for hundreds of years.

The fusion reaction at the US government facility produced about 2.5 megajoules of energy, which was about 120 per cent of the 2.1 megajoules of energy in the lasers, the people with knowledge of the results said, adding that the data was still being analyzed. 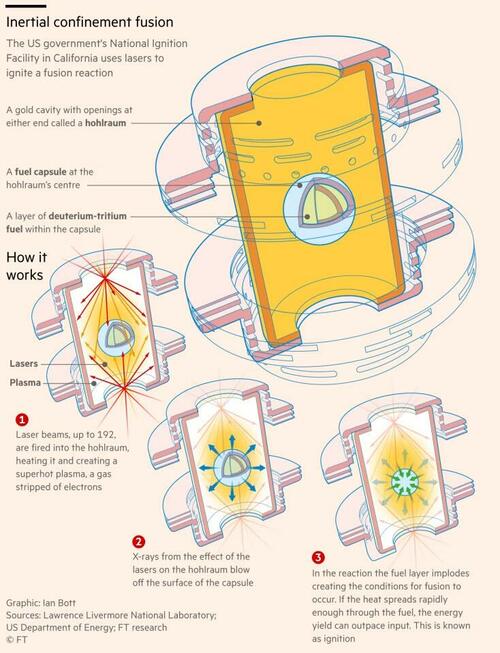 The US department of energy has said energy secretary Jennifer Granholm and under-secretary for nuclear security Jill Hruby will announce “a major scientific breakthrough” at the Lawrence Livermore National Laboratory on Tuesday.

“If this is confirmed, we are witnessing a moment of history,” said Dr Arthur Turrell, a plasma physicist whose book The Star Builders charts the effort to achieve fusion power.

“Scientists have struggled to show that fusion can release more energy than is put in since the 1950s, and the researchers at Lawrence Livermore seem to have finally and absolutely smashed this decades-old goal.”

Of course the big question is - will Greta be pleased?

With global energy demand expected to increase by 47% in the next 30 years, and renewables like wind and solar are intermittent and need a baseload source of clean energy to supplement them; fusion, when (not if) commercially implemented, could deliver clean, abundant, reliable, and cost-competitive energy. 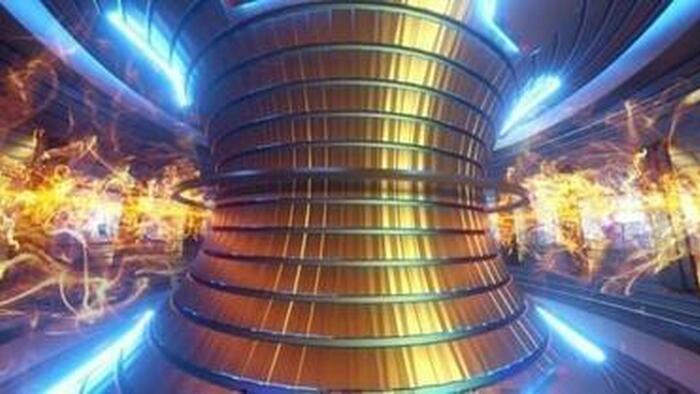 “If this is confirmed, we are witnessing a moment of history,”