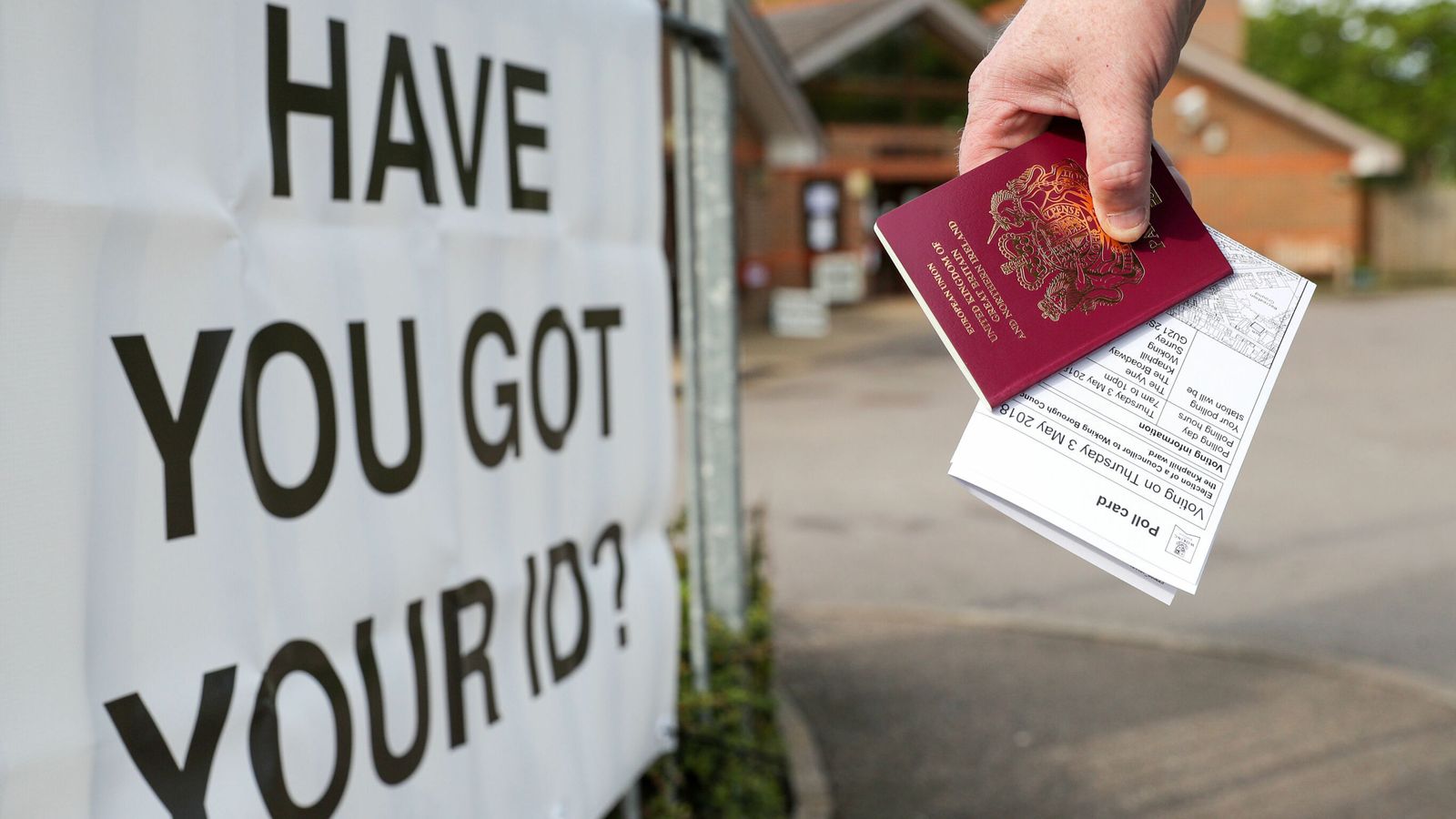 The measures will apply across the UK in general elections and councils will make a free voter card available for those without a suitable form of ID.

Labour says it will cut turn out

However Labour have said voter ID could prevent people from voting.

“And at stake is the very integrity of our elections.”

He said voter ID “is an old, cynical trick. Insert an administrative hurdle”.

“Dress it up as improving security. Watch voter turnout go down. Job done. The fix is in.”

But Conservative former minister Steve Baker said: “The idea that impersonation isn’t a problem certainly does not accord with my experience in Wycombe.”

Government accused of rushing the Bill through the Commons

The bill passed under fraught circumstances as its report stage, where MPs debate amendments, was cut to two hours and 20 minutes due to extra business scheduled in the Commons by the government on Monday.

The third reading debate was also quick after four votes and a cut-off time of 10pm, leaving only seven minutes available.

SNP MP Patrick Grady said the government had “rushed it through” the previous committee stage, adding: “The way this Bill has been rammed through this House is a complete an utter disgrace.”

Labour’s former shadow chancellor, John McDonnell, said the Public Administration and Constitutional Affairs Committee had urged the government to pause proceedings on the Bill, with its report noting more thorough consultations were needed - particularly in regards to the voter ID requirement.

“I’m offended by the limited amount of time we’ve been given this evening,” he said.

A Bill 'full of solutions searching for problems’

Labour’s bid to remove the voter ID section of the Bill was rejected by 327 votes to 234, a majority of 93.

Shadow communities minister Alex Norris said: "This is a bad Bill. It’s full of solutions in search of problems.

“It’s the sort of partial nonsense that you see in US state houses.”

Mr Norris said the evidence showed in 2019 “you are more likely to have been struck by lightning three times than have voted after a phony voter”.

But the communities minister, Kemi Badenoch, said: "I am disappointed but not surprised that the Opposition remains unable to see the necessity of this simple and proportionate protection for the integrity of our ballot.

“The fact is voter ID is supported by the Electoral Commission, it is backed by international election observers who have repeatedly called for the introduction, saying its absence is a security risk, it is long-established in liberal democracies across the world and is already in place in Northern Ireland.”

The bill will undergo further scrutiny in the House of Lords.