Migrants: Some due for removal from the UK could be electronically tagged 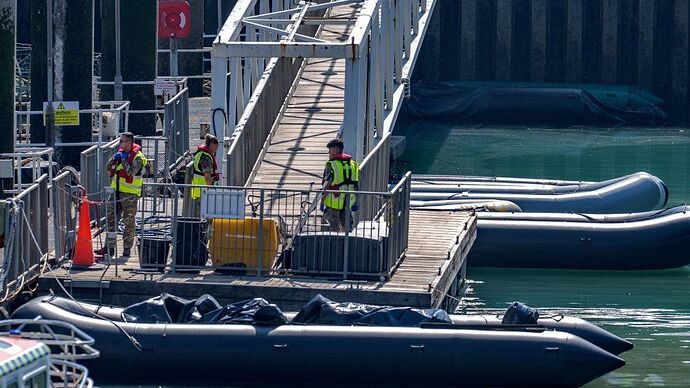 Border Force escorted migrants back to Dover this morning after they were picked up in the English Channel976×549 122 KB
IMAGE SOURCE,GETTY IMAGES

Some asylum claimants who arrived in the UK in small boats or in the back of lorries could be electronically tagged under a new Home Office trial.

A 12-month trial could affect adults due to be removed from the UK after arriving via what the government calls “dangerous or unnecessary” routes.

The first to be tagged will likely be people who successfully challenged their removal to Rwanda this week.

Critics say the plan treats those fleeing persecution as criminals.

The pilot comes days after the first flight taking asylum seekers from the UK to Rwanda was cancelled following a last-minute intervention by the European Court of Human Rights (ECHR).

The Home Office said the trial, which began on Thursday in England and Wales, would test whether tagging helps maintain regular contact with asylum claimants and progresses their claims more effectively. It will also collect data on how many people abscond.

People who have been tagged may be subject to a curfew, and those who fail to comply with their conditions could be taken back to detention, or prosecuted.

The guidance says those who are informed that they are to be removed from the UK may be at an increased risk of absconding and and have less incentive to comply with immigration bail conditions.

It is unclear exactly how decisions will be made on who to tag, but Home Office guidance says it will not include children or pregnant women.

Caseworkers must also consider whether the device would cause serious harm to the person’s mental or physical health, or whether they have been a victim of torture or modern slavery.

However, the guidance says these factors do not in themselves prohibit imposing a tag.

Those with the location-tracking device will be required to regularly report in person to an immigration centre or police station. 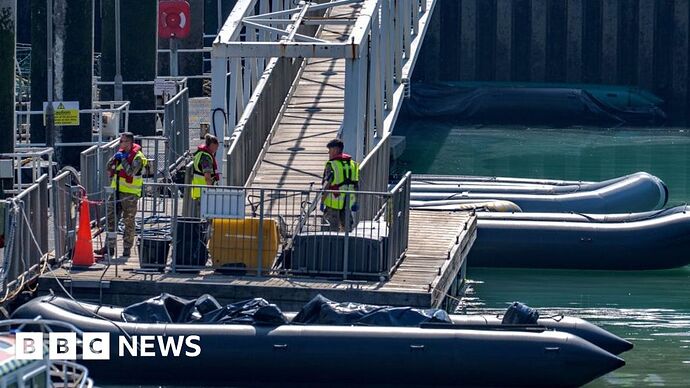 Migrants: Some due for removal from the UK could be electronically tagged

Asylum claimants who successfully challenged their removal to Rwanda this week could be among the first to be monitored.