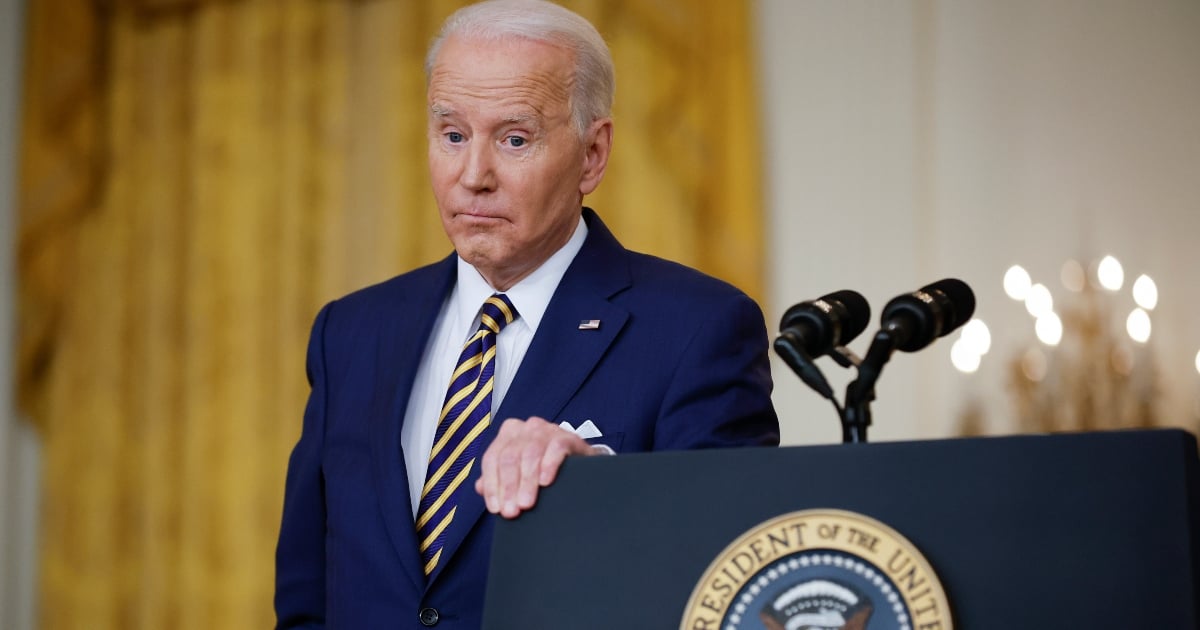 A federal judge ordered the Biden administration to hand over communication documents between the federal government and big tech companies. U.S. District Court Judge Terry Doughty, of the Western District of Louisiana, granted the order of discovery sought by Republican Attorneys General Eric Schmitt of Missouri and Jeff Landry of Louisiana.

President Joe Biden, members of his administration, and select social media companies must turn over documents and answer questions within the next 30 days during a discovery phase of a lawsuit alleging collusion to suppress freedom of speech, a court ruled. The attorneys general of Louisiana and Missouri filed a lawsuit in May alleging Biden and eight high-ranking members of his administration and the government colluded with and/or coerced social media companies Meta, Twitter, and YouTube to suppress “disfavored speakers, viewpoints, and content on social medial platforms.”

On Tuesday, Terry Doughty, a judge in the U.S. District Court for the Western District of Louisiana, ruled there is “good cause” for the discovery process and set a timetable, including specific deadlines for depositions.

“In May, Missouri and Louisiana filed a landmark lawsuit against top-ranking Biden Administration officials for allegedly colluding with social media giants to suppress freedom of speech on a number of topics including the origins of COVID-19, the efficacy of masks, and election integrity,” Missouri Republican Senate candidate and current Attorney General Eric Schmitt said. “Today, the Court granted our motion for discovery, paving the way for my office to gather important documents to get to the bottom of that alleged collusion. This is a huge development.”

The lawsuit also said that the now disbanded “Disinformation Governance Board” suppressed information involving the Hunter Biden laptop story prior to the 2020 Presidential election, the lab-leak theory of COVID-19’s origin, the efficiency of masks and COVID-19 lockdowns, and election integrity.

“The administration argued the states can’t meet an ‘injury in fact’ standard, defined as ‘it suffered ‘an invasion of a legally protected interest’ that is ‘concrete,’ ‘particularized,’ and ‘actual or imminent, not conjectural or hypothetical.’” The administration contended there wasn’t a link between alleged injuries to the states and the government’s alleged actions and argued the states can’t demonstrate how the court will provide justice for an alleged ‘injury in fact,’” it said.

In a separate case, the Biden administration lost another lawsuit in federal court regarding the Second Amendment.

U.S. District Judge Joseph Goodwin in Charleston, W. Va., ruled that a federal ban on guns without a serial number or with a serial number removed is unconstitutional in the first such ruling since the U.S. Supreme Court upheld broader gun rights in a June ruling.

Goodwin ruled on Wednesday that the ban was inconsistent with the United States “historical tradition of firearm regulation,” which is a new standard for deciding Second Amendment cases that the Supreme Court laid out over the summer.

The ruling, experts say, is significant because it means similarly restrictive concealed carry laws, limited primarily to blue states, are also likely to be successfully challenged.

“This decision is a big deal,” FiveThirtyEight noted in the wake of the ruling. “Previously, the court had only said that the Constitution protected the ability to have a gun inside the home for self-defense. In that decision, which came down in 2008, the justices didn’t rule on how guns carried outside the home could be regulated. It took almost 15 years for the justices to come back to that question, but now they have.”

The Second Amendment “protects an individual’s right to carry a handgun for self-defense outside the home,” wrote Justice Clarence Thomas in the majority opinion for Thursday’s ruling. As such, FiveThirtyEight continued, statues like the one in New York, “which required people who wanted a license to carry a concealed handgun in public to show they have a good reason, are no longer allowed.” Biden just got shut down.