‘It is not Illegal to Think Anything’

One of Britain’s leading police watchdogs has slammed British law enforcement’s actions in relation to ‘hate’, telling them that there is no such thing as ‘thought crime’.

Sir Tom Winsor, who serves as Her Majesty’s Inspectorate of Constabulary, has told British police that there is no such thing as ‘thought crime’ in the UK.

He made the remarks while warning against senior police in the country declaring what does and does not constitute a criminal offence.

According to a report by The Telegraph, Winsor reportedly felt obliged to clarify that police in the United Kingdom did not have the power to conjure up offences, with law-making instead being the role of the UK legislature.

“From time to time, one turns on the radio and hears retired chief constables declaring certain things to be crimes which are not crimes and I think it is necessary for me, as Chief Inspector of Constabulary, to make it perfectly clear that the police’s job is to enforce the law, they do not create the law,” the publication reports the watchdog as saying.

“So for a former chief constable or any police officer to say ‘in my police area such and such being a thought is a crime’ is completely unsustainable… just thinking something is not a crime and should never be a crime,” he continued.

“We do not have thought crime in this country, it is not illegal to think anything,” Winsor also reportedly noted.

The watchdog’s comments come as police forces across the United Kingdom come under fire for their draconian treatment of individuals over their belief, especially in relation to so-called “Non-Crime Hate Incidents“.

Under the framework, police record events that are not considered criminal, but that is “perceived by the victim or any other person to be motivated by hostility or prejudice based on a person’s race, religion, sexual orientation, disability or transgender status”.

Despite not being actual crimes or subject to a court decision, the recorded incidents can then show up on a person’s police background check, despite said individual not having been convicted of any criminal offence. This in turn can have negative impacts on future employment prospects.

Britain’s Home Secretary, Priti Patel, has now claimed that she will override the guidelines demanding that such incidents be recorded by the police, her announcement quickly following on from a high-profile court case which found that one police force’s use of the framework was illegal.

However, British law enforcement’s eagerness to criminalise “hate” was far from the only thing Winsor criticised, with the official also taking aim at cops for not always effectively investigating serious crimes.

This allegation has been frequently levelled at a number of UK forces in the past, especially in relation to supposedly ineffective investigations into mostly-Muslim or Pakistani child-rape gangs.

“It is unjustifiable for any police force to decline to attend and properly investigate crimes of a serious nature such as burglary or domestic abuse,” he stated. 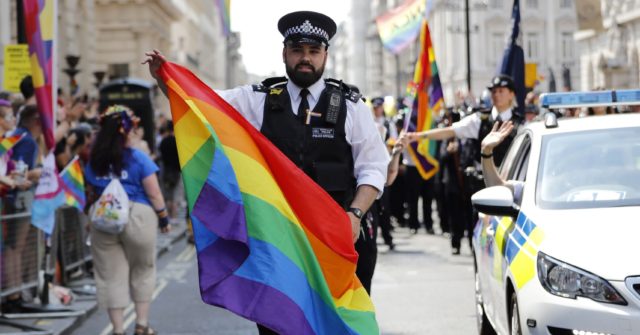 One of Britain's leading police watchdogs has slammed British law enforcement, telling them that there is no such thing as 'thought crime'.