Just as negotiators were preparing to meet in Vienna on Wednesday to wrap up the latest round of talks on reviving the Iran nuclear deal, Iran’s largest warship caught fire Wednesday in the Gulf of Oman and sank under unclear circumstances.

The Fars and Tasnim news agencies reported that efforts to save the support warship, named Kharg (after the island where Iran’s main oil terminal sits), were a failure. The fire started around 0225 local time roughly 1,270 kilometers (790 miles) southeast of Tehran in the Gulf of Oman, not far from the Strait of Hormuz, where several Saudi oil tankers have been attacked in recent years (the US Navy accused the Iranians of using limpet mines to carry out these attacks). 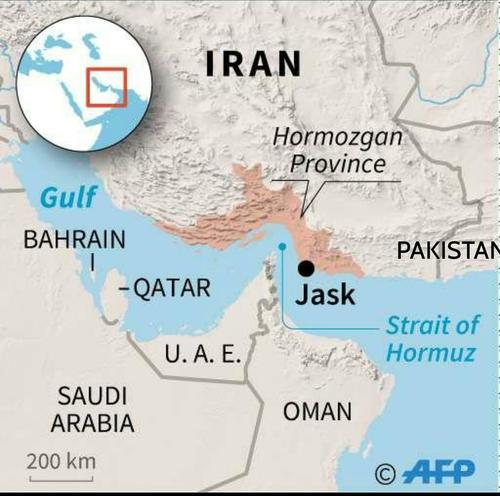 The blaze reportedly raged for 20 hours before the ship sank. It appears the entire crew safely left the vessel. The fire occurred during a “training naval operation” and it’s not clear exactly what caused it.

“All efforts to save the vessel were unsuccessful and it sank,” Iran’s semi-official Fars News Agency said.

According to the AP, the Kharg is one of only a few vessels in the Iranian navy capable of providing replenishment at sea for other ships. The Kharg can also lift heavy cargo, while also carrying a launch pad for helicopters. The warship, built in Britain and launched in 1977, entered the Iranian navy in 1984 after lengthy negotiations following Iran’s 1979 Islamic Revolution. 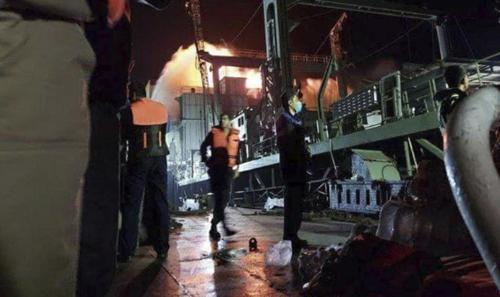 The ship had light armament and was capable of carrying three helicopters on board, one on the helipad and two more stashed in hangars.

Typically, the Iranian navy patrols the Gulf of Oman and the surrounding area, while the paramilitary Revolutionary Guard patrols the shallower waters in the Strait of Hormuz and the Persian Gulf. 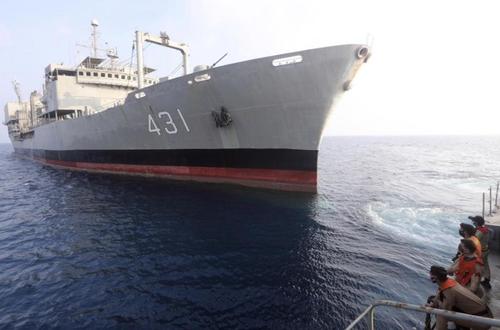 Back in April, another Iranian ship called the MV Saviz, which was believed to be a Guard base and anchored for years in the Red Sea off Yemen, was targeted in an attack suspected to have been carried out by Israel. It’s certainly possible that Israel might be behind this attack as well, as tensions have flared recently between Israel and Iran following the latest war between Israel and Hamas in Gaza. 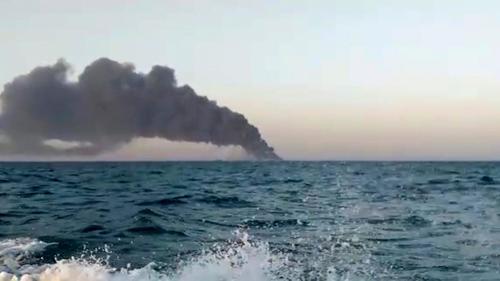 Iranian authorities say the vessel has been used in anti-piracy operations.

While there were no reports of casualties, the sinking of the Kharg marks the latest naval disaster for Iran following a 2020 incident that occurred during an Iranian military training exercise. At the time, a missile mistakenly struck a naval vessel near the port of Jask, killing 19 sailors and wounding 15. Before that, in 2018, an Iranian navy destroyer sank in the Caspian Sea. 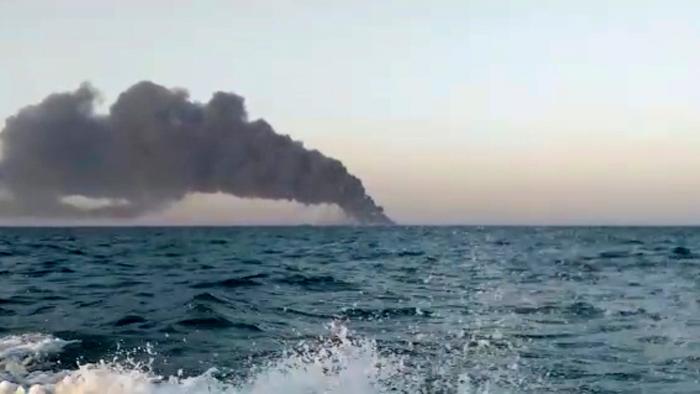 "All efforts to save the vessel were unsuccessful and it sank..."