"I'm Not Going Back To Work"

A group of Indiana residents have filed a lawsuit against state officials, challenging the state’s decision to end federal unemployment benefits by the end of the week .

The lawsuit, filed last Monday, seeks to preserve what was supposed to be temporary pandemic safety net of $300 per week on top of other state or federal benefits, after indiana Gov. Eric Holcomb announced last month that the state would pull out of the federal program before it’s official September end date in order to motivate unemployed people to help fill the state’s more than 116,000 open jobs . 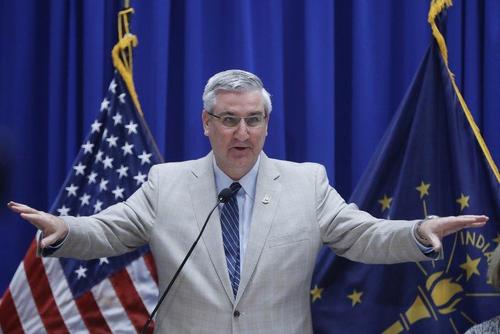 Holcomb is joined by around two dozen mostly red states.

“It’s not black and white,” said Sharon Singer-Mann in a statement to IndyStar . “Everybody’s story is not the same. I’m not going back to work, not at the risk of my son’s life.”

Without the federal pandemic unemployment benefits, many Indiana residents, like Singer-Mann, say they would have had to choose between finding a job and taking care of their children, face evictions, forgo medical care and grapple with devastating financial setbacks that could derail their lives.

Those stories from residents are outlined in a lawsuit filed against Indiana state officials Monday in Marion County Superior Court challenging the state’s decision to end federal benefits by the end of this week. -IndyStar

“Our community is dealing with enough stress and trauma,” said Rev. David Greene, president of the Concerned Clergy of Indianapolis and a plaintiff in the lawsuit against the state along with residents represented by the Indiana Legal Services nonprofit law firm which represents low-income residents.

When asked about the lawsuit, Holcomb’s office responded: “DWD has timely notified impacted claimants about the state’s withdrawal from the federal programs and continues to connect impacted people with the resources they need to gain skills and be matched with employment.”

While the enhanced unemployment benefits have clearly kept some people from the job scene, some workers have come back to work - or have continued to work through the pandemic.

It wasn’t by any means easy. When customers began returning to restaurants with the warmer weather and loosening restrictions, it meant longer hours for Ryan Isenor at his job at a local pizza shop.

In addition to serving, he was pouring drinks and bussing tables to make up for the thin staff, cutting into time he typically makes for himself to decompress.

However, he doesn’t resent anyone who decided to change careers or taking their time to figure out their next jobs . It’s a personal choice, he thinks.

" It’s pervasive: this hustle attitude. But I don’t believe in that ," he said.

The restaurant has since hired more people, making his life less hectic, but many service industry businesses are struggling to hire as they scale back to their pre-pandemic levels. -IndyStar

Workers advocates, however, say there aren’t enough jobs available for people relying on federal benefits - noting that while 116,000 jobs may be available, there are nearly 200,000 people who have been receiving federal unemployment benefits. 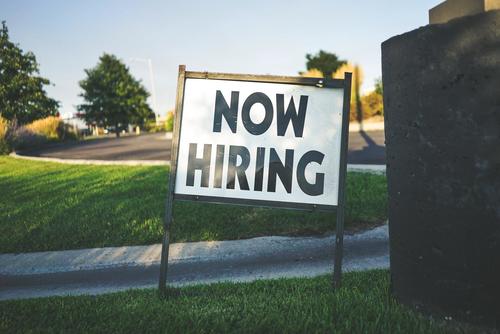 Progressive think tank Century Foundation thinks it’s more - and says Indiana is set to lose out on $1.5 billion in federal funding that would have helped some 286,000 residents.

Seasonal trends will undoubtedly take up some of that slack , as summer hiring is expected to pick up amid loosening pandemic restrictions.

“June will have pickups in hiring,” said Kyle Anderson, an economist at Indiana University Kelley School of Business, adding “That’s true regardless of what the extended benefits are going to be.”

Rev. Greene, meanwhile, is worried that the elimination of federal benefits will lead to a spike in evictions .

“There’s a difference between going back to work and working 20 hours a week, with rent, car payments, food, etc.,” he said. “We need to get organizations to get back up to 40 hours a week.”

Greene also says crime will spike because of poverty and evictions.

“People dealing with stress and not making enough money, well they resort to crime,” he said, adding “…Finances is always key in any relationship. When finances dwindle, there’s an increase in domestic violence.”

In the first week of June, there were 600 evictions filed in Indiana - making for more than 46,000 since the start of the pandemic, according to data from the Princeton Eviction Lab.

“Without his unemployment benefits, J.C. will be unable to pay for rent and will likely face eviction in July 2021,” the lawsuit reads. “Eviction is both expensive, time consuming and creates a record that can hinder his ability to rent or buy affordable housing in the future and limit his future employment prospects.” 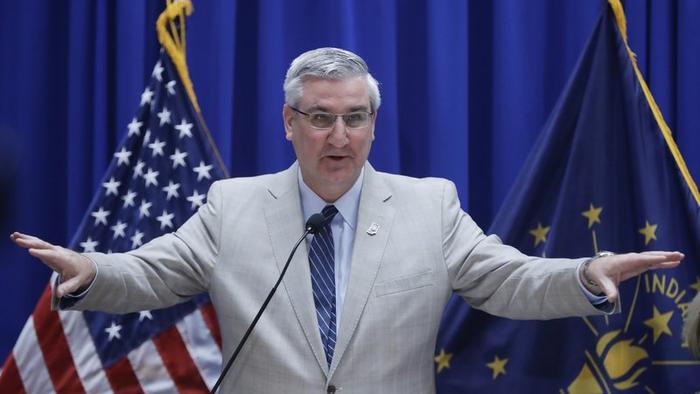 "I'm Not Going Back To Work": Indiana Residents Sue After Governor Nixes...

"People dealing with stress and not making enough money, well they resort to crime..."

“Everybody’s story is not the same. I’m not going back to work, not at the risk of my son’s life.”

Is her son immune compromised? if not, kids have a near 0 fatality rate.

ike Singer-Mann, say they would have had to choose between finding a job and taking care of their children

The US has already chose for you. They provide next to nothing for maternity leave. the choice is to find a job. or find someone who can support you and the children off 1 income.

In addition to serving, he was pouring drinks and bussing tables to make up for the thin staff, cutting into time he typically makes for himself to decompress.

you work at a fucking pizza place and you are paid to work. you need time to yourself to decompress? you do that during legally mandated breaks and after your shift.

all i read here is a bunch of fucking pussies who cant hack it in real life.