Hunter Biden Implicated In Over 450 Crimes 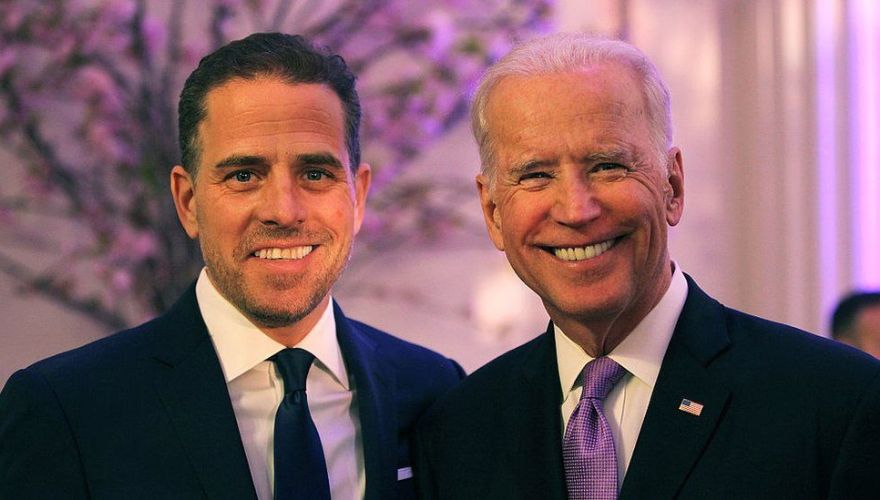 Every single member of the U.S. Congress — both House & Senate — has just received a report chronicling a total of 459 documented violations of state and federal law, which were found on the laptop of President Joe Biden’s son Hunter Biden.

The file was sent to all 535 members of Congress on Oct. 20 and includes “140 alleged business-related crimes, 191 sex-related offenses and 128 drug-related crimes,” according to The Sun. It was also sent to District Attorneys and U.S. Attorneys for the jurisdictions in which the alleged crimes occurred.

“This report is a simple but extremely thorough roadmap for who needs to be subpoenaed for which timeframes and for what types of crimes,” Garrett Ziegler, founder of the firm Marco Polo, which just finished conducting a 13-month investigation into the laptop’s contents, told The Sun.

Ziegler is a former official of the Trump White House’s Office of Trade and Manufacturing Policy and says he launched the investigation to do some of the heavy lifting for Republicans who may wish to hold hearings on the matter, should they re-take the House and/or Senate in the 2022 midterms.

“Our number one goal is to ensure that Republicans don’t waste time,” he said.

“Right now people still don’t know the entirety of what’s on the laptop in terms of crimes, which is what my non-profit cares about. This report finally answers that question, so Republicans can’t go back and say they still need to look at what’s on the laptop,” he explained. “All we’re seeking is the equal application of the law.”

News of shocking material found on the laptop of Biden’s son emerged just prior to the 2020 election after Hunter left his computer at a repair shop in Wilmington, Delaware. The shop owner provided the laptop’s contents to the FBI, as well as President Trump’s attorney Rudolph Giuliani.

Big Tech companies worked fervently to prevent the public from knowing about the contents on Hunter’s hard drive, which could be used to blackmail Joe Biden.

Facebook head Mark Zuckerberg admitted to intentionally suppressing news of the laptop. Twitter suspended the account of the New York Post — which published the story — just three weeks before the 2020 election. That suspension followed Twitter blocking users from sharing or sending a link to the article on their platform.

Many speculated the motive behind the censorship was to help Biden win the 2020 election.

“They buried the Hunter Biden story before the election because they were like, we can’t risk having the election thrown to Trump, we’ll tell them after the election,” comedian Bill Maher told his audience during an Aug. 22 show.

After the 2020 election, the Media Research Center polled 1,750 Biden voters in all seven swing states, six of which were called for Biden.

Survey data show that not only were 45.1 percent of Biden voters unaware of the scandal and Hunter’s alleged criminality, but had those voters known, 9.4 percent of them would have abandoned Biden, “flipping all six of the swing states he won to Trump, giving the president 311 electoral votes,” according to media watchdog NewsBusters.

“So far, this saga has been one of the greatest examples of double standards in American legal history. People have gone to prison for decades based on Joe’s own policies for doing exactly what Hunter did,” Ziegler said.

And nothing will happen…