Several Hollywood studios and Netflix have been awarded a High Court injunction to block 15 pirate streaming sites in the UK. Under the banner of the Motion Picture Association, the injunction compels six major ISPs including BT, Sky, and Virgin Media to block 17 domains that have pulled in hundreds of millions of visitors over the past six months alone. 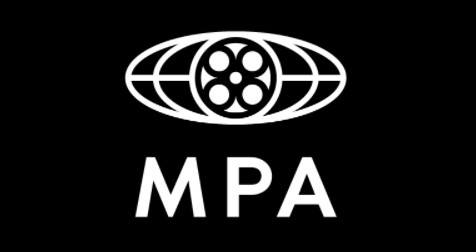 One of the key anti-piracy strategies of the movie and TV show industries is site blocking, whereby internet service providers are compelled via court order to deny subscriber access to specified domains.

Due to limited transparency, it is difficult to say exactly how many domains are blocked by ISPs in the UK but they could run into the thousands after more than a decade of legal action. What is becoming ever more evident is that this still isn’t providing the desired results. Blocking does reduce traffic to targeted domains but replacements appear extremely quickly.

To counter this threat, Hollywood studios including Columbia, Disney, Paramount, Universal and Warner, accompanied by relative newcomer Netflix, regularly return to the UK High Court asking for more domains to be blocked. Their latest application, which has now been granted, shows that even relatively obscure sites can accrue staggering levels of traffic in a relatively short time.

The latest application covers 15 sites operating from 17 domains (detailed below) . None of the sites carry infringing content on their own platforms but aggregate links to pirated movies and TV shows hosted on third-party providers.

This content is made available via an embedded player on each of the domains so, from the perspective of the user, the fact that content is hosted elsewhere is not immediately apparent. All of the sites were served with copyright infringement notices before the application was filed but none of them responded.

The Domains to Be Blocked

0123movies.net: This streaming platform currently enjoys around 1.6 million visits per month according to SimilarWeb stats, with around 40% of visitors coming from the UK.

1-2-3movies.com: Back in the summer, this site was enjoying around 7 million visits but for reasons that aren’t immediately clear, traffic tanked to just 1 million before recovering to the 3 million mark more recently. Roughly 12% of the site’s traffic comes from the UK.

123moviesfree.love: This movie and TV show streaming site’s traffic appeared to peak at 14 million visits per month in September but dropped by almost half recently to ‘just’ 7.7 million. Around 14% of the site’s visitors come from the UK.

cmovies.ac / cmovies.online: Back in August this platform was servicing around 7.5 million users but since then traffic has tailed off significantly to almost nothing.

flixhq.ru: At the time of writing this streaming portal appears to have around 4.2 million visitors per month but that represents just a fraction of the traffic pulled in thus far this year. In the summer the domain was receiving a staggering 31 million visits with around 5% coming from the UK

fmovies.co: This domain’s traffic over the past several months has been steady at around the 8 million visits mark. It is most popular in the United States, with around a third of its visitors hailing from the country. However, the UK appears to be increasing its share and while that accounts for just 10% of overall traffic, that’s up more than 50% on the previous month.

gototub.com: This domain is also on a downwards trend, from 7.5 million visits in the summer to around 6 million now. It is most popular in the US with the UK accounting for 8% of traffic.

sflix.to: This is a pretty big one. The movie and TV show portal describes itself as “not technically a legal site” on its main page but that doesn’t seem to act as a deterrent. Last month the site enjoyed 25 million visits, with around 19% coming from the United States and 12% from the UK.

soap2day.video: This site has familiar branding which has probably contributed to its success but from 28 million visits per month in August, now enjoys ‘just’ 13 million. With just over a fifth (22%) of its traffic coming from the UK, the site is equally popular in India.

tvshows88.com: From 20 million visits in June to just 3 million now, this streaming site is clearly on a downwards trend. Popular anti-malware tools flag the domain as problematic, which may have contributed to its decline.

watchserieshd.ru: With 27 million visits every month, 17% from UK, this is an extremely popular domain. It also triggers malware warnings which may represent a risk for users. Nevertheless, the studios want it blocked in the UK, to prevent any further growth.

zoechip.com: This site is the last of the high-traffic domains with around 8 million visits per month. Just over a quarter hail from the US (28%) with 12% coming from the UK. 123movies.vu , 123-movies.gy , and onionplay.se complete the list, all with fairly limited traffic.

In a decision handed down by Mr Justice Adam Johnson, the High Court found that all of the sites infringe copyright by communicating copyright works to the public, contrary to the Copyright, Designs and Patents Act (CDPA) 1988. The Court also found that the operators of the sites carry out their business on a for-profit basis, putting them at odds with a 2016 ruling from the EU Court of Justice.

Furthermore, the Court found that the websites infringe copyright by authorizing the infringing acts of copying by their users.

“That is because the streaming process causes the user’s computer or device to create copies of the content in the memory of the device, which is an act of infringement under section 17(1) CDPA,” the decision reads.

The decision can be found here

Several Hollywood studios and Netflix have been awarded a High Court injunction to block 15 major pirate streaming sites in the UK.

It will always be a uphill battle for these major companies to block streaming, but there is always a more clever guy going around the rules and providing a way out for the masses…