‘Go and Work for an English Company’

A white British man was fired from his job working for “an Asian company” because he was white, an employment tribunal judge has ruled.

31-year-old Colin Sorby had been recruited by a Bradford Management Services, a subsidiary of Mumtaz Foods, which owns restaurants in Bradford and Leeds, on a zero-hours contract, but found that his once plentiful-shifts evaporated after he complained that his Pakistani supervisor, Azheem Akhtar, had said that only South Asians should be working at the company.

“The Tribunal is satisfied that Mr Akhtar called the Claimant to one side in the production area on 16 October 2019 and told the Claimant that this was an Asian company and he should go and work for an English company,” ruled judge T R Smith, rejecting claims that the incident was a misunderstanding resulting from a language barrier after hearing “answering a question in English in a perfectly comprehensible manner” over the course of the proceedings.

“The comment was not trivial or unintended and Mr Akhtar’s intention was to try and persuade the claimant to leave the First Respondent’s employment,” the judge added, in comments reported by the Northern Echo .

“The effect of the comment was that due to the fact the Claimant was English he could not cook Asian food properly. This was a stereotypical assumption that was not predicated on any factual basis,” said the judge, who was clear that there was no evidence of any concern about Sorby’s performance before he complained.

“Again, the context is everything. Mr Akhtar was seeking to justify why the Claimant’s employment should, effectively, be terminated,” the judge added, agreeing that Sorby had been subjected to racial discrimination, harassment, and victimisation, with compensation to be determined at a remedy hearing.

Such discrimination is far from unprecedented in Britain, with no less an employer than Cheshire Police being found to have unlawfully rejected an “exceptional” would-be recruit for being a straight white male in 2019.

The police force bent Britain’s so-called “positive action” legislation to reject the exceptional recruit, who had degree in particle physics and cosmology and was told he “could not have done more” to ace the interview stage of the process, by awarding all candidates a simple ‘pass’ or ‘fail’ and treating every ‘pass’ as equally qualified for the job.

On paper, employers cannot recruit one candidate over another just for being an ethnic or sexual minority or a woman rather than a white male unless they are equally qualified and there is a perceived need to increase workplace “diversity” — and the tribunal found that Cheshire Police’s criteria for equal qualification were a “fallacy”.

The force appealed against the ruling of racial discrimination, but was not successful.

British employers can legally offer non-whites recruitment and training workshops and so-called internships — some of which pay more than a full-time job on the minimum wage — however, and many do, including prestigious national institutions such as the publicly-funded BBC. 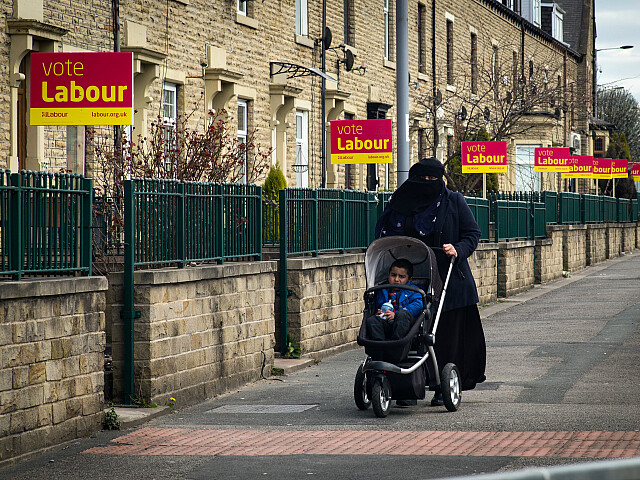 UK: 'Go and Work for an English Company' – Worker Fired for Being White

A white British man was fired from his job working for "an Asian company" because he was white, an employment tribunal judge has ruled.

That’s it then. We are the new oppressed. BLM, hang up your coats, your work here is done.