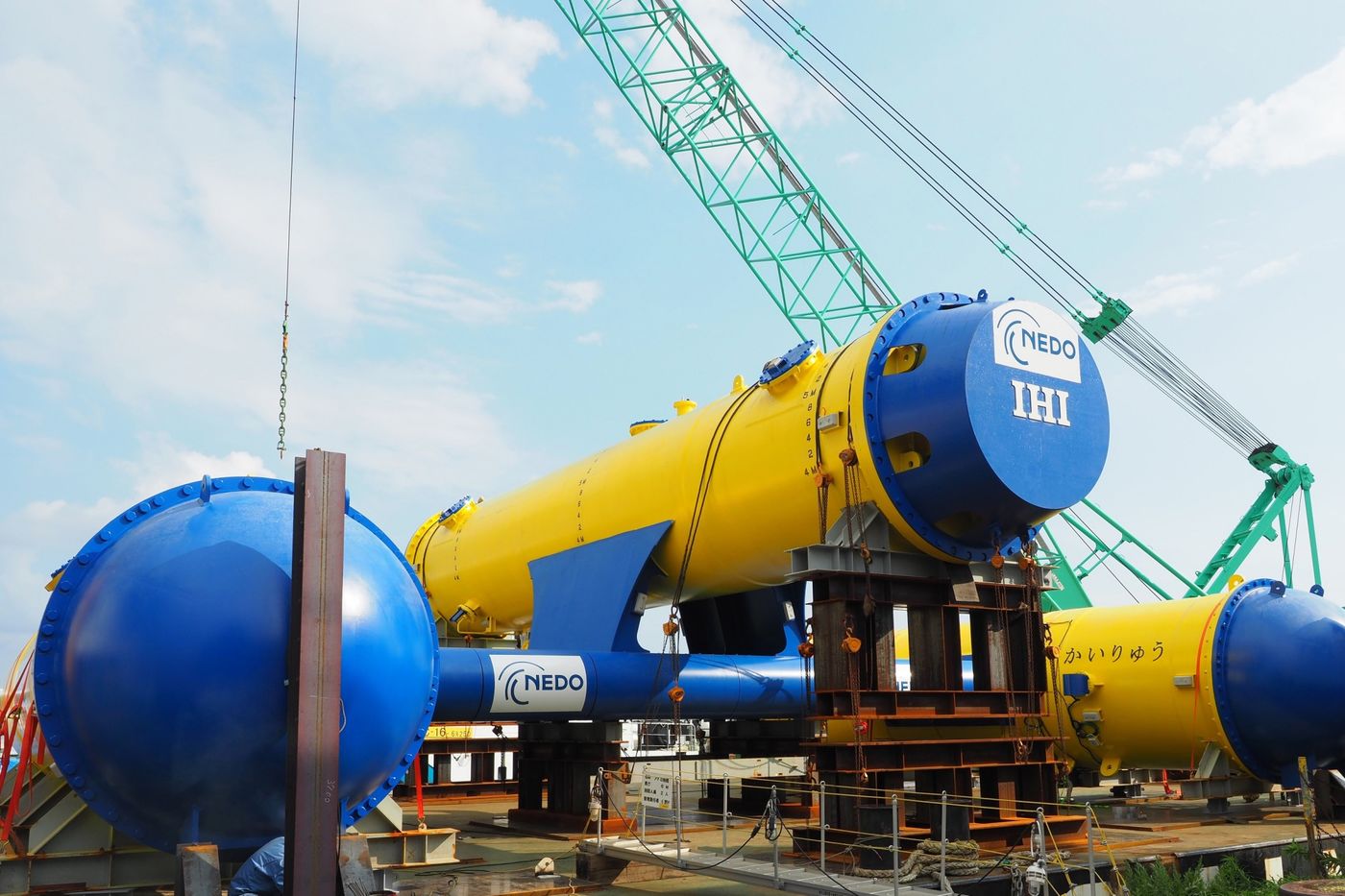 Tested in one of the world’s strongest ocean currents, a prototype generator could herald the start of a new stream of renewable energy

Power-hungry, fossil-fuel dependent Japan has successfully tested a system that could provide a constant, steady form of renewable energy, regardless of the wind or the sun.

For more than a decade, Japanese heavy machinery maker IHI Corp. has been developing a subsea turbine that harnesses the energy in deep ocean currents and converts it into a steady and reliable source of electricity. The giant machine resembles an airplane, with two counter-rotating turbine fans in place of jets, and a central ‘fuselage’ housing a buoyancy adjustment system. Called Kairyu, the 330-ton prototype is designed to be anchored to the sea floor at a depth of 30-50 meters (100-160 feet).

In commercial production, the plan is to site the turbines in the Kuroshio Current, one of the world’s strongest, which runs along Japan’s eastern coast, and transmit the power via seabed cables.

“Ocean currents have an advantage in terms of their accessibility in Japan,” said Ken Takagi, a professor of ocean technology policy at the University of Tokyo Graduate School of Frontier Sciences. “Wind power is more geographically suited to Europe, which is exposed to predominant westerly winds and is located at higher latitudes.” Japan’s New Energy and Industrial Technology Development Organization (NEDO) estimates the Kuroshio Current could potentially generate as much as 200 gigawatts — about 60% of Japan’s present generating capacity.

Like other nations, the lion’s share of investment in renewables has gone into wind and solar, especially after the Fukushima nuclear disaster curbed that nation’s appetite for atomic energy. Japan is already the world’s third largest generator of solar power and is investing heavily in offshore wind, but harnessing ocean currents could provide the reliable baseline power needed to reduce the need for energy storage or fossil fuels.

Read More: How to Get Clean Energy, Faster

The advantage of ocean currents is their stability. They flow with little fluctuation in speed and direction, giving them a capacity factor — a measure of how often the system is generating — of 50-70%, compared with around 29% for onshore wind and 15% for solar.

Ocean-current turbines have a similar capacity factor to coal plants

In February, IHI completed a 3 ½ year-long demonstration study of the technology with NEDO. Its team tested the system in the waters around the Tokara Islands in southwestern Japan by hanging Kairyu from a vessel and sending power back to the ship. It first drove the ship to artificially generate a current, and then suspended the turbines in the Kuroshio.

The tests proved the prototype could generate the expected 100 kilowatts of stable power and the company now plans to scale up to a full 2 megawatt system that could be in commercial operation in the 2030s or later.