Belgium Authorities Struggle to Get Rid of a ‘Mountain’ of Seized Cocaine. 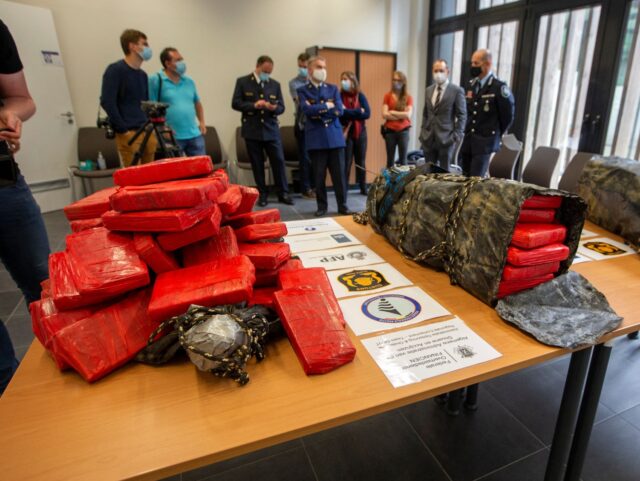 Amid record seizures, authorities in Belgium are now reportedly struggling to get rid of what has been described as a “mountain” of cocaine.

Belgian authorities are reportedly sitting on top of a “mountain” of cocaine that they cannot dispose of as a result of record seizures at a major port in the country, reports on Monday have claimed.

While the European nation is relatively small in size, its Dutch-speaking city of Antwerp holds one of the most important ports on the entire continent, with huge trade from across the world first making landfall in the Flemish city before moving on to other destinations.

As a result of this importance, Antwerp has also turned into a hotspot for criminal gangs looking to move contraband into European markets, with local authorities keen to crack down on the illegitimate trade within the city.

According to a report by broadcaster Euronews, it appears that Belgian law enforcement may be doing their job almost too well, with the country seeing record seizures of cocaine in 2021.

2022 is likely however to see such a record surpassed, with government officials estimating that the EU state will have seized upwards of 100 tonnes of cocaine before the year is out.

However, due to the success of these seizures, authorities are now struggling to dispose of the growing mountain of drugs, which are reportedly incinerated to be disposed of.

“The main issue for the customs administration is to destroy all as quickly as possible all the cocaine,” Federal Public Service Finance spokesperson Francis Adyns said regarding the pile-up of drugs.

“If we have a huge drug bust, in terms of 5 to 8 tonnes, not everything can be immediately destroyed because of the capacity of the incinerators and in terms of environmental restrictions on the destruction of large amounts of drugs,” he continued.

The spokesman went on to say that the country was now looking at acquiring additional contracts with appropriate 3rd party incinerators so as to increase destruction capacity.

In the meantime, Belgium is reportedly storing drugs that it cannot get rid of at secret locations, an arrangement that appears to be causing some concern considering that cocaine can be valued at up to $51 a gram.

“We have to deal with a lot of money (in terms of its street value),” Adyns remarked. “Due to these organisations that are not afraid of using violence, as we’ve seen in the Netherlands, and the large amount of money that is at stake, one can imagine that there is an enormous issue when it comes to the security (of the operation and) of our agents.”

Such a notion that drug cartels could be brazen enough to attack a government-controlled depot in possession of the drugs, although fantastical in content, is nevertheless believable in the context of Belgium.

For instance, the country’s Federal Minister for Justice had to be put under police protection only a few months ago after authorities uncovered a plot to kidnap him.

Vincent Van Quickenborne reportedly had to cancel a number of ministerial arrangements as a result of the danger posed to him by the “drugs mafia”.

However, the minister also emphasised that the threat to him was encouraging in that it indicated that gangsters felt forced to lash out at authorities due to the immense pressure being put on their illegal operations.

“It strengthens me in the belief that we need to keep fighting,” Van Quickenborne said. “The criminals feel trapped. That feeling is right. Because we will continue to fight organized crime, with more manpower and resources than before.” 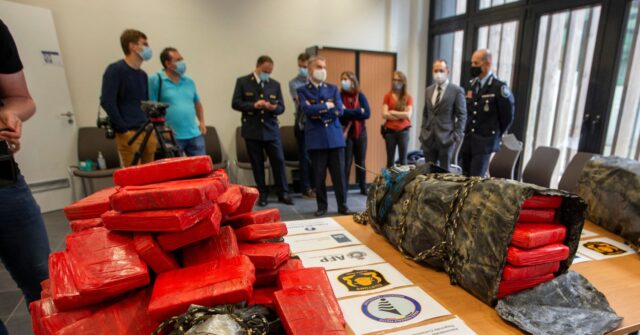 Amid record seizures, authorities in Belgium are now reportedly struggling to get rid of what has been described as a "mountain" of cocaine.