A large fire broke out Saturday night at a steel factory in the southeast city of Zarand in Iran. It’s the latest in a mysterious string of blasts and ‘accidental’ blazes at sensitive sites to beset the Islamic Republic, raising questions of possible Israel sabotage akin to what happened a year ago in the summer of 2020.

“The governor of Zarand told the Iranian Fars News Agency that no injuries were caused in the incident and that the incident was under control,” The Jerusalem Post reports. “The incident was reportedly caused by the sudden overflow of molten material in the blast furnace, with the governor stressing that no explosion occurred.” But some early videos show otherwise. 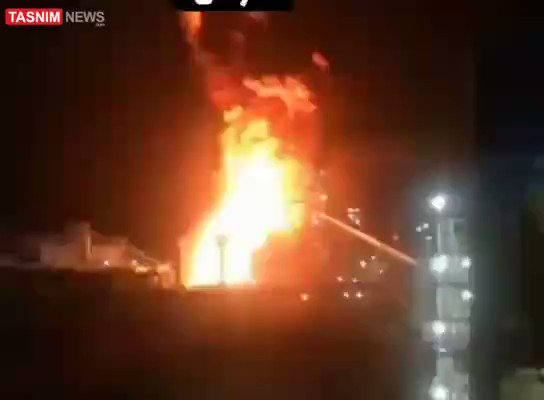 Social media videos showed a sizable blaze which appear to have triggered a significant explosion, however, resulting in debris and what looks like molten steel flying into the air.

Even if Iran suspects that Israel is behind some of these latest incidents over the past month, Tehran officials are likely reluctant to go public with accusations given negotiators are reportedly on the cusp of a nuclear deal in Vienna, and as the country is gearing up to vote for a new president this month.

Israel has vowed to thwart a deal by any means possible, with embattled PM Netanyahu lately openly verbalizing he’s willing to consider any level of action even if it causes “friction” with the United States . 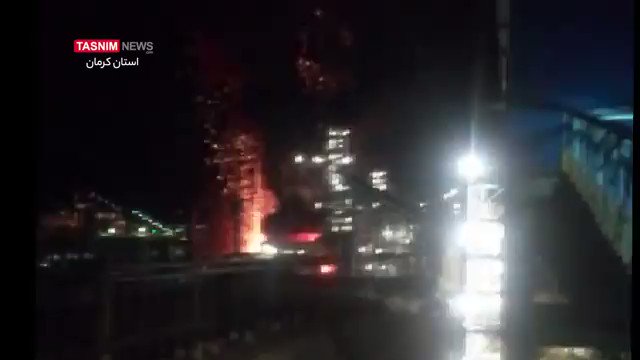 And there are further reports of other fires afflicting oil facilities throughout the country, as US-funded VOA News details: " Several oil facility fires have occurred in Iran’s southwestern Ahvaz region during the past 48 hours, Arab media reported Saturday . The reports came on the heels of a massive oil refinery fire this week in the capital, Tehran." 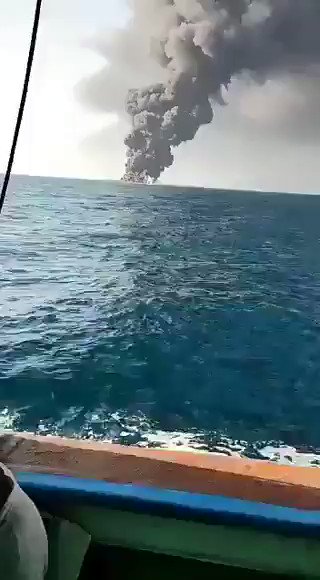 @AliBakeer
🇮🇷🇮🇷 #Video: 👉 The “#Kharg, #Iran’s Navy largest vessel, on fire this morning in the #Gulf of #Oman. The ship sank later. https://t.co/8EhfNQd0b9”

Below is last week’s massive blaze which engulfed one of Iran’s largest oil refineries just outside Tehran, on the same day the large warship Kharg sank… 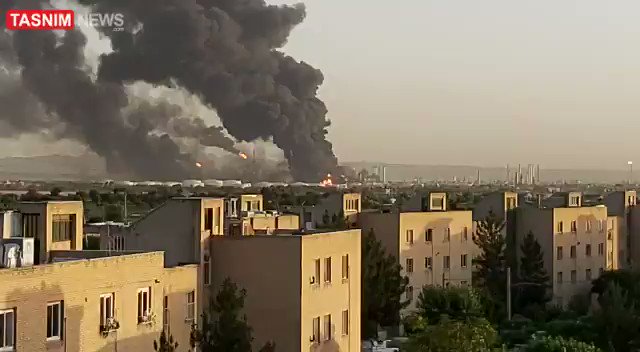 And there are others which barely made it into international headlines over the past two weeks, as Jerusalem Post notes:

“At least one fire has been associated with an Iranian military site, with The Guardian reporting that a blast hit the Iran Aircraft Manufacturing Industrial Company (HESA), which produces a variety of aircraft, including drones , for Iranian and pro-Iranian forces in Iran’s Isfahan Province.” 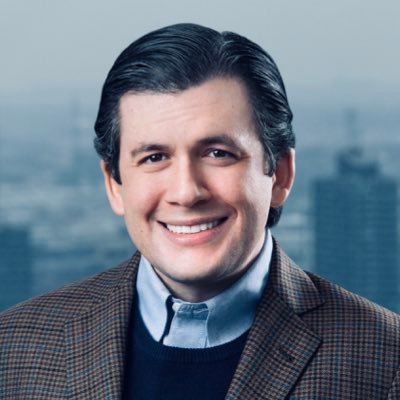 Local outlets reporting that a blast furnace in Zarand Iranian steel factory in Zarand, Kerman Province has exploded and is on fire. Video below purportedly shows the fire at the steel mill. Haven't seen anything in #Iran's official news agencies yet. pic.twitter.com/aXn5u1gTmU

There’s a growing consensus that at least some among the spate of fires are the result of Israeli covert attacks, whether through on the ground sabotage or cyberattacks: “London-based Iran analyst Ali Nourizadeh told VOA that he thought the latest fires in Ahvaz probably weren’t acts of sabotage, because there are oil field fires in Ahvaz every summer. The sinking of the Kharg and the Tehran refinery fire, he argued, probably were sabotage, despite Iranian government denials.” 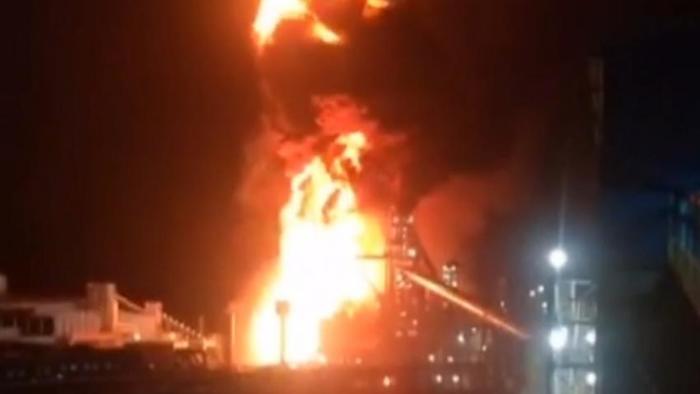 The "accidents" get more frequent the closer negotiators come to reaching a nuclear deal in Vienna...