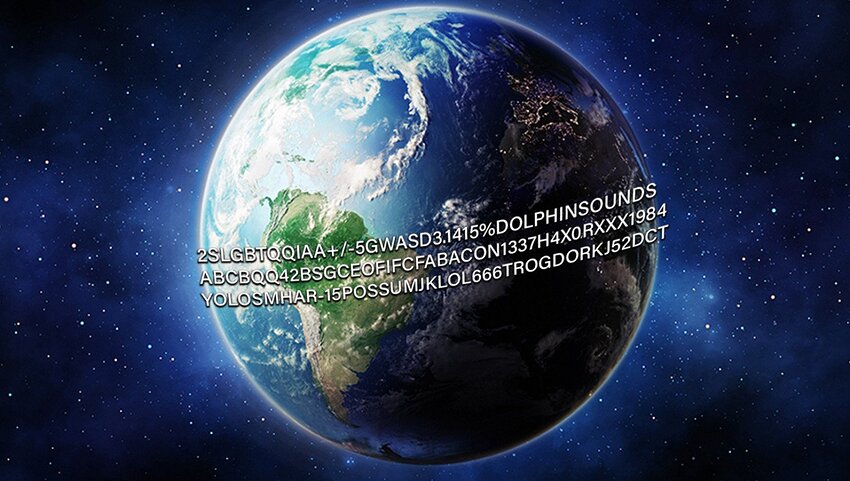 U.S.—Researchers working at Portland University’s prestigious School for Inclusion and Justice for 2SLGBTQQIA++ Persons estimate that the acronym for the LGBTQ+ community could wrap around the earth three times by the year 2022.

“At the current rate of expansion, we could see the 2SLGBTQQIAA++ community’s acronym wrap around the equator by sometime later this year,” said the school’s head researcher, Dr. Marvin Frankfurter. “As more and more people join the ranks of the marginalized, invent new identities and genders and pronouns, we are rapidly approaching a situation where the acronym can circle the earth three times by the end of next year.”

“And we think this is a good thing. The more oppressed people there are, the better.”

Dr. Frankfurter warned, however, that Earth may not have enough space to contain the entire acronym, and we will soon have to seek out a new solar system, terraform the planets there, and create a 2SLGBTQQIAA++ alliance to unite all oppressed peoples in the 'verse, “by force if necessary.”

At publishing time, horrified leftists had suddenly realized the acronym would cover every single person on earth, making the 2SLGBTQQIAA++ community not special at all.

U.S. - Researchers working at Portland University's prestigious School for Inclusion and Justice for 2SLGBTQQIA++ Persons estimate that the acronym for the LGBTQ+ community could wrap around the earth three times by the year 2022.'At the current rate...

I, unfortunately, have a daughter (they/them/he him/her she…) spiraling down this absurdity.

There has been a history of (and yes the word is very triggering to people who have no concept of it’s meaning) hysteria.

Take the collectivism of the Salem Witch trials (where NO real witches were killed) and apply the toxicity and hysteria amplified by media… then allow for Facebook… that was bad. Add Tik toc, and Covid lock downs, and the comparison from the Scarlett letter to where universal condemnation for even a typo, mis-speak, or slight sarcasm will deprive people of all means to support themselves (if they are lucky), but the progress is toward actual violence.

Those that think I’m nuts (and, I don’t blame ya)… Look up the Soviet revolution and the Chinese revolution. Look at the deaths suffered. The amount and brutality of those that didn’t fit in.