As UK Warns Businesses To “Prepare For A Bumpy Ride”

It has been two days since Brussels and London finally released the text of the draft trade deal struck between UK and the EU negotiators last week, and on Monday morning, EU leaders officially signed off on the deal, clearing one of the last major hurdles for what is expected to be a historic trade deal.

Germany, which presently holds the EU presidency, announced the decision came during a meeting of EU ambassadors on Monday, which was called to assess the 1,200+ page deal. 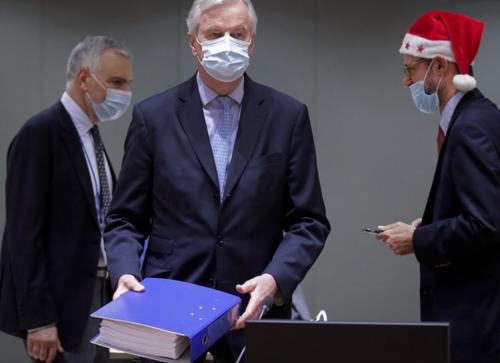 According to the AP, Germany’s spokesman Sebastian Fischer confirmed the “Green light” to the press, proclaiming that the EU Ambassadors had “unanimously approved the provisional application of the EU-UK Trade and Cooperation Agreement as of January 1, 2021.”

Now the deal goes to a last-minute vote. Given the timing, there will be almost no room for error, as the new rules outlined in the last-minute agreement will take effect on Thursday.

The full text of the agreement can be found here, along with a Q&A to try and help businesses and private citizens better understand the coming changes.

However, four days after finally striking a deal, the UK’s Michael Gove has warned businesses to get ready for disruptions and “bumpy moments” when the new rules take effect on Thursday night.

Gove told BBC’s morning program that “I’m sure there will be bumpy moments but we are there in order to try to do everything we can to smooth the path.” He added that time was “very short” to make the final preparations before the transition period ends.

“The nature of our new relationship with the EU - outside the Single Market and Customs Union - means that there are practical and procedural changes that businesses and citizens need to get ready for,” Gove continued.

“We know that there will be some disruption as we adjust to new ways of doing business with the EU, so it is vital that we all take the necessary action now.”

In other Brexit-related commentary, UK Chancellor Rishi Sunak said in an interview Monday morning that financial services firms in the UK shouldn’t take the 1,246-page agreement as the final word on EU market access, offering up hope for services-based business like finance that the lack of provision in the trade deal for services - which comprise 80% of the UK economy - won’t cause too much economic disruption, after PM Boris Johnson admitted that the deal’s provisions for market access fell short of his hopes.

Votes on the text of the deal in Parliament and the EU Parliament, which will represent the final obstacles to the deal being officially ratified, are scheduled for Wednesday. 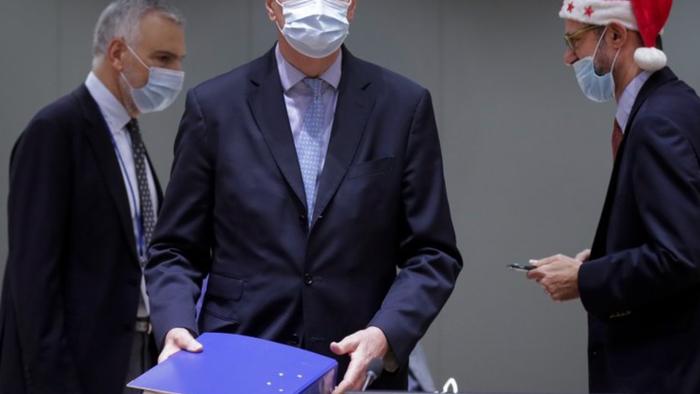 The final round of last-minute votes is set for Wednesday.