Dominion Voting Systems Thursday night abruptly backed out of attending a fact-finding hearing that was set for Friday morning with the Pennsylvania House State Government Committee.

At a press conference Friday morning, State Govt Committee Chair Seth Grove said the 1.3. million Pennsylvanians who used Dominion’s voting machines have been “hung out to dry and slapped in their faces.” 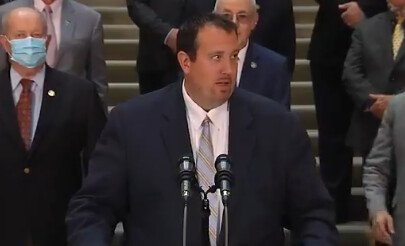 Pennsylvania lawmakers had scheduled the hearing with the voting machine manufacturer “to help identify and correct any irregularities in the election process,” according to the House Republican Caucus.

“ It is vitally important voters have faith in the machines they use to cast their ballots. On the heels of Gov. Tom Wolf unilaterally decertifying every voting machine in the Commonwealth, we need to know whether these new machines met expectations, whether they are reliable and whether they are not subject to interference,” said Rep. Grove (R-York).

Dominion had initially agreed to attend the hearing, before it “abruptly canceled,” Grove said.

“ I was impressed at what appeared to be the willingness that Dominion Voting Systems to address accusations and it would have put 1.3. million Pennsylvanians who used their machines at ease —including myself, thinking that Dominion was willing to publicly back up their product which PA taxpayers invested millions to purchase” he noted during the presser.

“ Unfortunately, last evening, Dominion Voting Systems lawyered up, and backed out of their commitment to the people of Pennsylvania to provide their input in a public format .”

Grove blasted the company for “retreating into the darkness,” rather than appearing at the hearing with “honesty and integrity.”

The committee chair said he wanted to know why a company with nothing to hide would back out.

“Why would a vender of public goods fear discussing their product sold to the public for the public good? If Dominion’s products were successful and operated as they were supposed to, why wouldn’t Dominion take the opportunity to publicly review its success?” Grove demanded. “How hard is it to say, ‘our ballot machines worked exactly as promised and they’re 100 percent accurate’?”

“After weeks of accusations, why has Dominion Voting Systems not released any analysis of the success of its voting machines to the public in order to stop their accusers in their tracks? If they have nothing to hide, why are they hiding from us?” he asked.

Rep. Dawn Keefer noted that fourteen counties used the Dominion Voting Systems software, so they owe it to Pennsylvania voters to show up and answer some questions.

“We trust the workers in our polling places and in our counties,” Keefer said. “But what we don’t know is the role of 3rd party companies. And when they rescind their participation in our hearing, we’re left wondering why.” 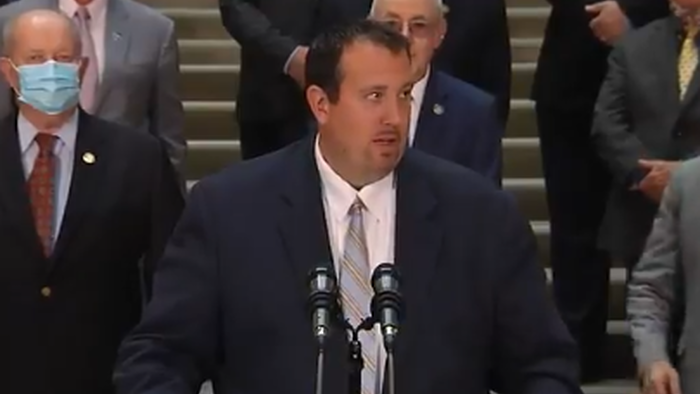 Dominion Voting 'Lawyers Up' Before Abruptly Backing Out Of Pennsylvania...

"Dominion Voting Systems has hung you out to dry..."